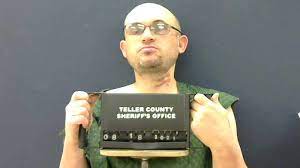 The Cripple Creek Police are still  investigating a sexual assault incident that occurred a week ago, involving a Texas man who reportedly had previous serious charges.

According to CC Police Chief Bud Bright, authorities arrested Chad Courtney Gooch, 42, from Texas, shortly after arriving on the scene of the incident, occurring in the early morning hours of  Aug. 16. Gooch is being held at the Teller County Jail on a $250,000 bond.

He was charged with a slew of charges, including second-degree kidnapping, first-degree assault, sexual assault, false imprisonment, tampering with evidence and menacing. The police chief, in a press release, assured the public that the community wasn’t at risk at the time of the arrest.

No other information is being released at this time, such as the location of the incident in question. Police authorities say an ongoing investigation continues.

The sexual assault investigation, which was aired on a Colorado Springs television station Saturday evening,  has triggered many questions from local residents. These types of cases are rare in the community.

Apparently, Gooch has experienced problems with law enforcement in the past.

According to a report in The (Colorado Springs) Gazette, Fort Worth, Texas court records indicate a man named Chad Courtney Gooch was convicted in 1998 of aggravated kidnapping and an undisclosed first-degree felony. But it is unclear if actually served a prison sentence for these crimes.