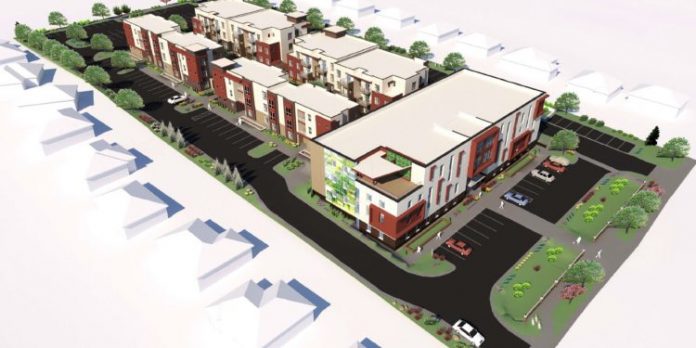 By a unanimous vote, and following much discussion, the council last week agreed to offer the first proposed housing project submittal full, 100 percent  water and sewer tap fee waivers, along with agreeing on other major requests for cost breaks, since it started a new pro-incentives housing program.

At the same time, officials outlined the process for their new pro-incentives program, aimed at offering developers and builders’ significant perks on actual housing projects that provide a community benefit. These incentives, which mostly involve waivers on tap fees and special deals on infrastructure costs, are only available until June 2024.

Under this program, city  leaders would only address actual proposed projects, with the submittal of tangible plans, requiring a development proposal. The city would also outline the hard costs for the government for each request, addressed on a case-by-case basis. It won’t offer incentives for developer-related concept plans made verbally.

In recent meetings, the council has been bombarded by a spree of verbal pledges for future housing projects by various developers. In fact, if these verbal announcements turn into reality, the city could experience more than 100 new housing units, a convenience store, multitudes of condos and a new poker room.

But to date, the Kroll/Woods effort is the only real tangible affordable housing project proposed, since the city initiated its pro-development incentives program recently.

Because they were the first one to submit plans under the pro-development program kick-off, they got a full 100 percent waiver for water and sewer tap fees on their initial housing proposal. ‘I appreciate you stepping up the plate,” said Mayor Pro Tem Tom Litherland, when addressing Maurice and Lois Woods. “I hope these programs will benefit you.”

Councilwoman Melissa Trenary expressed some concerns about setting a precedent, if the elected leaders moved ahead with a full waiver of water and sewer tap fees.

However, attorney Erin Smith stated this isn’t the case. “You are getting a benefit from the development,” said Smith. “You are going to get some affordable housing.”

She reminded the council that these recently-approved ordinances were designed to spearhead more affordable housing projects, with a set deadline. This has been a goal of the city for some time.

Marketing and Special Events Director Jeff Mosher, who has been working with developers/builders on future housing projects, agreed. “We are supposed to be in partnership with them (developers doing housing projects). The more we can discount the better,” said Mosher.

Smith cautioned that more details need to get worked out with the pro-housing program, such as deed restrictions for the future sale of these specific housing units, catered for people who work in the community.

In other council news,  the elected leaders appointed Malissa Gish as acting city clerk.  The city’s clerk for the last several years, Janelle Sciacca is stepping down to take a position in Fairplay. Sciacca, who has big ties to the local area, previously working with Teller County and the city of Woodland Park, thanked the community for the opportunity they gave her.