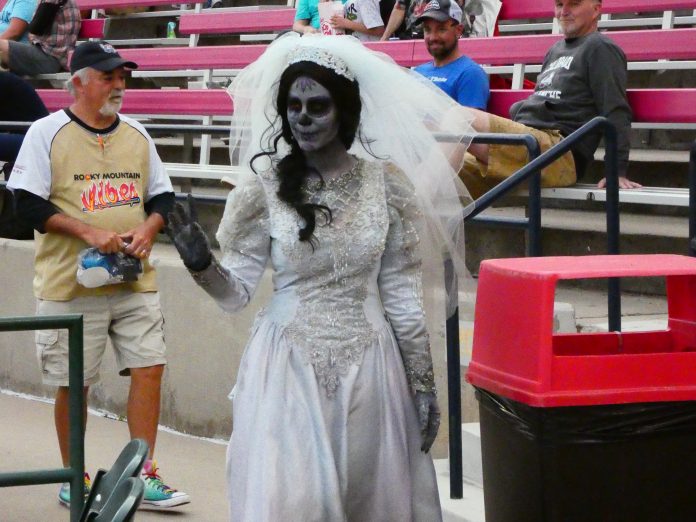 Last week, the Rocky Mountain Vibes, based in our own Pikes Peak region, hit the road west to Grand Junction after a lengthy nine-game home stand.

During the majority of the last home stand, the Vibes took on the identity of their alter-ego team Las Lloronas. 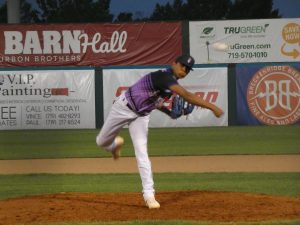 To honor the team’s Hispanic heritage, the Vibes took on the name of the infamous ghost of Latin American folklore La Llorona or “The Weeping Woman” who roams forests and waterfront areas searching for her drowned children. The Vibes put on new uniforms for the home stand that were purple and black in color. They took on the Idaho Falls Chukars who were playing as Las Madres. 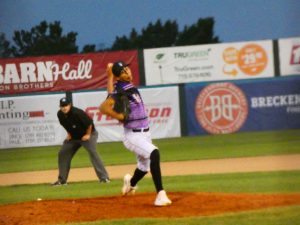 During the home stand, the stadium was haunted by the ghost as she could be seen stalking through the stands. The games had a variety of extracurricular activities during the week, including Dia de los Muertes-themed face paintings for kids (and adults), and performances by salsa dancers. 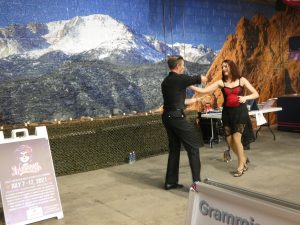 Unfortunately, La Llorona did not get to see the Vibes win a game as they lost every contest, they played against the Chukars. But that said, it should be noted that the team from Idaho Falls is much older on average than the Vibes. Moreover, they are one of the best teams in the league. 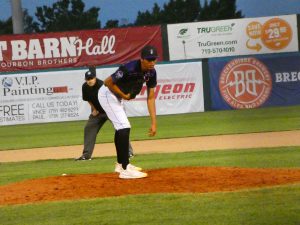 During the first game of the series against the Chukars, the Vibes almost pulled off a “W.” But they ended up losing the game 4-3. In fact, that was the Vibes’ fourth loss in a row by one score. 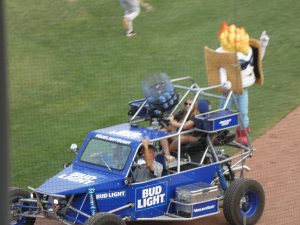 But after that, the Vibes continued to lose to the Chukars by rather large margins. After that series ended, the Vibes took on the Grand Junction Rockies for three games and lost the first two. But the good news is, the Vibes ended their 12-game losing streak during their final bout of the home stand, beating the Rockies 6-3. 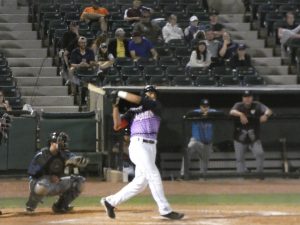 A newer addition to the team could become a definite fan favorite. During outfielder Mike Annone’s first six games ,he has sported team’s top batting spot with a .444 batting average. So far, he has racked up eight hits, one homerun, and three RBIs. 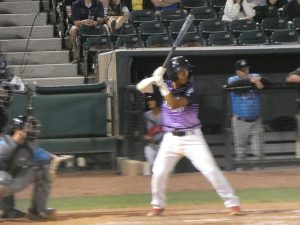 Catcher Griffin Barnes is next best on the team with a .336 average out of 34 games played. Another fan favorite is infielder Jacob Barfield. He has played in all of the team’s 47 games, recording nine home runs and earning a batting average of .327. 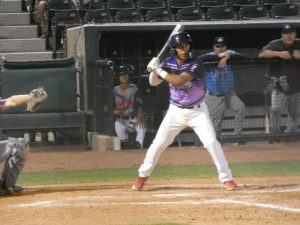 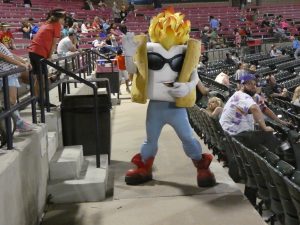 Chance to Win Tickets and Join the Festive Craziness

For the next home stand, TMJ readers will have a special chance to win tickets to go see a game and cheer on the Vibes and partake in the constant entertainment show.  TMJ News will be holding a video contest and the winner will receive a four pack of tickets to go check out a home game. To enter the contest, create a video describing why you are the biggest baseball fan in Southern Colorado and deserve free tickets to a game. Send videos to Newsofwoodlandpark@gmail.com or post them directly to the TMJ News Facebook page.