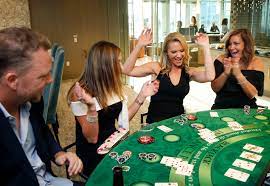 It’s been a banner year for Cripple Creek gaming this spring and summer, buoyed by the drive for unlimited- stakes betting and the return to semi-normal times, following the COVID restrictions.

Plus, a hefty dose of gambling fever, after a pent-up situation for months,  has definitely played a role in the resurgence of gaming in Colorado.

But unfortunately, the city of Cripple Creek is not experiencing the same trend, with device counts still at record low numbers. This translates to fiscal struggles, with the town featuring less than 3,000 games of chance, well short of its bonanza period.

As a result, the city still must tighten its belt as device fess constitute the main funding source to operate the city government.

These are the highlights of a 2021 Economic Recovery Update, presented by  Cripple Creek  Finance Director Paul Harris at last week’s council meeting.

In fact, Harris admitted the city is now trying to lobby the industry to start adding betting devices. Or the city may be looking for getting more of the pie, when it comes to COVID relief monies.

A Banner Year For Gaming

The top sales betting volume at local casinos, referred to as coin-in and table drop numbers, exceeded the $200 million mark for May. This actually beats the pre-COVID numbers of 2019 by between 4 and 5 percent.

And for casino winnings, they soared above the $14 million mark in May, and for three consecutive months, they edged past the pre-COVID figures of 2019. “That is a major accomplishment,” said Harris. He cited the fact that the industry has not experienced these types of winning and betting volume numbers since 2009.

That was when the town had  more than 5,000 betting devices, and the Wildwood casino just opened its doors.

“This is going to be a tremendous year for gaming.  The gaming industry is bouncing back,” added Harris.

The big reasons for this resurgence are partially attributed to a pent-up demand for entertainment, following the COVID restrictions. In addition, strong interest has bustled over the new law, permitting no-limits on single-bet wagers.  This will have a big impact on table games

Cripple Creek is primarily a slot town, but this could change the face of local gambling slightly. Table game action has expanded by 15 to 30 percent in the gaming towns, since this  new law went into effect.

The big question:  Will this gaming boom be a permanent development.

Harris stated that gaming operators are quite optimistic of this trend lasting.

However, he cautioned that the city is still facing tough times. He said some casinos have added devices, but they are down in total devices by 21 percent from the first quarter of 2020.   This was just prior to the COVID crisis. He described the process as “bouncing back from the cliff we fell off…We are climbing out of the hole slowly.”

The gaming industry now only sports 2,845 devices/games, which is nearly a 50  percent reduction from the device peak in 2009.

Due to the pandemic, the industry learned to adapt to strict social distancing rules, and had to operate with fewer devices.

The resurgence that the industry is experiencing hasn’t benefitted the city’s bottom line noted Harris.

As a result, the grim statistics remain, with the city cutting its annual budget by 25.6 percent, compared to 2020.

During his presentation last week, Harris stated that the city is hoping the casinos will start adding devices.  But of course, he admits this possibility could be hampered by certain expansion efforts.

In other news, lobbyist Solomon Malick of the Peak Government Affairs group, gave a legislative update. “It was a good year for Cripple Creek,” said Malick. “We are moving in the right direction.”

He said the city lobbied hard to soften the fiscal blows of previous legislation, requiring state-mandated auditing over the use of historic preservation funds in the gaming towns. Under a new bill, these will no longer occur on an annual basis.

Also, he cited big concerns over legislation that would have paved the way for more leeway with video lottery terminal action, outside of the gaming towns, and even the use of Keno games in Colorado bars. This latest bid has been supported by Colorado’s attorney general, but has been met by much concern by restaurants and bars, which would have to keep track of this revenue. The state’s gaming association heavily opposed these efforts.

The city also approved a conditional use permit that could set the stage for more housing units.