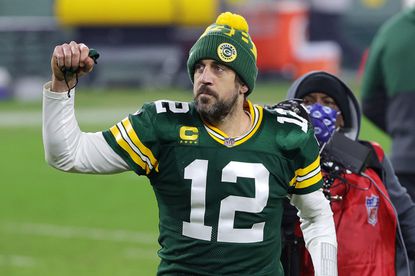 Okay Bronco fans, it is almost that time again when your favorite team starts the 2021 season.

So, what is new this season?

First of all, the biggest story is the quarterback controversy. Drew Lock’s performance last year was hit or miss and it seems management big wigs do not trust him. Last April the Broncos traded their 2021 sixth-round pick to the Carolina Panthers in return for Panthers’

The story gets even juicier. Houston Texan’s Quarterback Deshaun Watson told his team he wanted to be traded, and according to those close to him, he wants to be a Denver Bronco.

However, shortly after the trade rumors started flying Watson was hit with several accusations of sexual assault by a number of women. The charges against Watson are still pending, and it is unclear at this point, if Watson will ever play NFL football again, much less play for the Broncos.

Enter Green Bay Packers Quarterback Aaron Rodgers into the fray. Rodgers, an accomplished veteran, told the Packers head office he will not play for them next season, period. It seems he has irreconcilable differences with the head office. Rodgers was the 2020 NFL league’s MVP. (most valuable player) Behind Rodgers, the Packers made it to the NFC Championship game, but lost to the Tampa Bay Buccaneers in that game 31-26.

Rodgers is still holding out and several teams are interested in acquiring his services. Among those vying for Rodgers are the Las Vegas Raiders, and the Miami Dolphins. It would be devastating if he goes to the Raiders. The good news, should a trade eventually occur, is the

Broncos will do whatever it takes to sign him.

So, what about the rest of the team?

Perhaps the most controversial thing that went down this off season was the Broncos releasing undrafted free agent, fan favorite, and local boy made good, Phillip Lindsay. Last March, the Broncos set Lindsay free to pursue his options on the free agent market. It only took one day for Lindsay to find a new home with the Houston Texans. Lindsay signed a one-year contract with the Houston Texans, for $3.25 million.

On defense, the Broncos agreed to terms with linebacker, and human bulldozer, Bradley Chubb, top Safety, Justin Simmons, and Defensive Lineman Shelby Harris. Chubb was injured most of last season, but Simmons and Harris had great seasons, and it is good to know they’ll be back.

Unfortunately, the Broncos lost Safety Will Parks to the Kansas City Chiefs in free agency. That is going to hurt.

What do the “experts” say about the Bronco’s chances this coming season?

For now, the Broncos are looking good on paper, as long as the injury bug stays away.

According to Nate Silver’s FiveThirtyEight blog, the Broncos have a 14 percent chance at making the playoffs and are predicted to finish 6-10 this season.

Are the naysayer’s’ right? Maybe or Maybe not.

Looking at this year from a rather biased (yes, I admit it) point of view, The improvements the team made on defense, the return of Wide Receiver Courtland Sutton, Tight End  Noah Fant; AND if the Rodger’s trade happens, the Broncos will at least be a wild card in 2021. If Lock or Bridgewater are quarterbacking the team, the likelihood of the team making the playoffs diminishes quite a bit.

The Broncos missed the playoffs for the fifth consecutive time last year. That is a team record. After going 5-11 last year and finishing in last place in the AFC West, the Broncos will have to prove themselves in 2021 before getting any respect from odds makers.