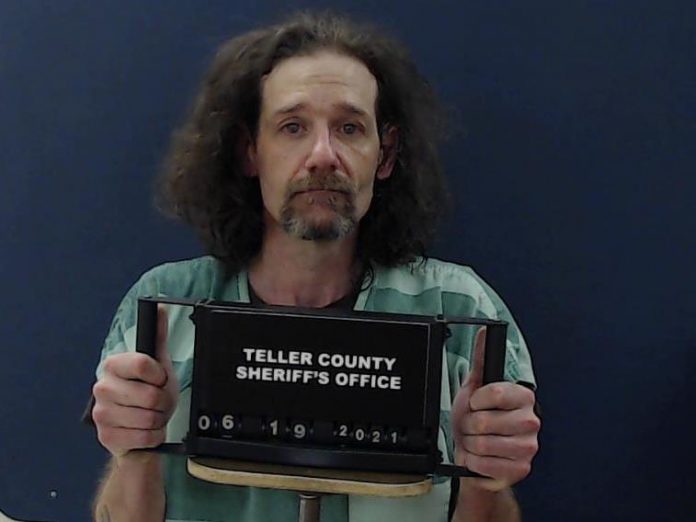 However, this situation came with a twist, as the police were assisted by a non-profit, vigilante-type organization.

According to the Woodland Park Police Department, they received a phone call from a woman on June 19 who said she was with an organization called Colorado Ped Patrol, and had evidence that a Woodland Park man was attempting to have sex with a 13 year old girl.

Once the police arrived, they ran Elliott’s name and found out that he had an unrelated outstanding warrant for failure to appear in court. The officers then arrested Elliott for the warrant at around 10:30 a.m. that Saturday morning.

The police then sent over all of the evidence they were given by the Colorado Ped Patrol crew to their detectives for review. After combing through hundreds of pages of text messages, the police charged Elliott with multiple felony charges.

Elliott is not new to having troubles with the law as he was arrested on similar charges in January 2020. In December of 2019 the Colorado Springs Police Department’s Internet Crimes against Children Unit conducted an undercover operation that focused on people suspected of online luring and exploitation of minors.

The operation resulted in the arrests of five people including Elliott. The five men were all charged with internet luring of a child and attempted sexual assault on a child. Elliott pleaded not guilty to the charges, and the case is still going through the court system.

This last arrest was basically facilitated the work of the  non-profit Colorado Ped Patrol group gathering evidence against the suspect. The group was started about four months ago by a Denver-area resident, Thomas Fellows.  Fellows shut down his window washing company to work towards catching child predators on z full-time basis.

Fellows has had family members who were victims of sexual assault. He now dedicates his time to catching people who wish to prey on 13-14 year old children. “We’re at 89 people that we’ve caught and we don’t just catch people that are borderline,” Fellows told KKTV. “It’s not maybe they made a mistake, maybe they didn’t see that they were a 13-year-old–we tell them over and over and we make sure it’s, you know, serious enough for an arrest.”

During the first day that Fellows started the organization he caught three people. Since then, he has a record of catching four people in one day.

Police Not Keen on Work of Vigilante Groups

Ever since the non-profit organization started, multiple police agencies have spoken out against the work they do. For the most part, authorities believe that the group’s work is better left to the police.

According to Lieutenant Wes Walter, a spokesperson for the Teller County Sheriff’s Office, the intent of the group is good, but he says there are a few problems that could arise. “The two concerns I would have is one, if they are confronting an individual, they are placing themselves in danger not being law enforcement agents,” Walter said. “And two, if they are not following all of the laws outlined in the Fourth Amendment (of the U.S. Constitution) and search and seizure laws with the evidence they are collecting; then they may be doing things that make the case not prosecutable. I would be concerned about their safety and I would be concerned about whether they are meeting all the laws related to how they are doing what they are doing and how they are getting the evidence they are turning over.”

Walter stressed that serving as vigilante in the community, and the forming of such groups as Colorado Ped Patrol, is not a good idea. Moreover, he says that it is wise to let law enforcement agents handle the job of catching criminals.