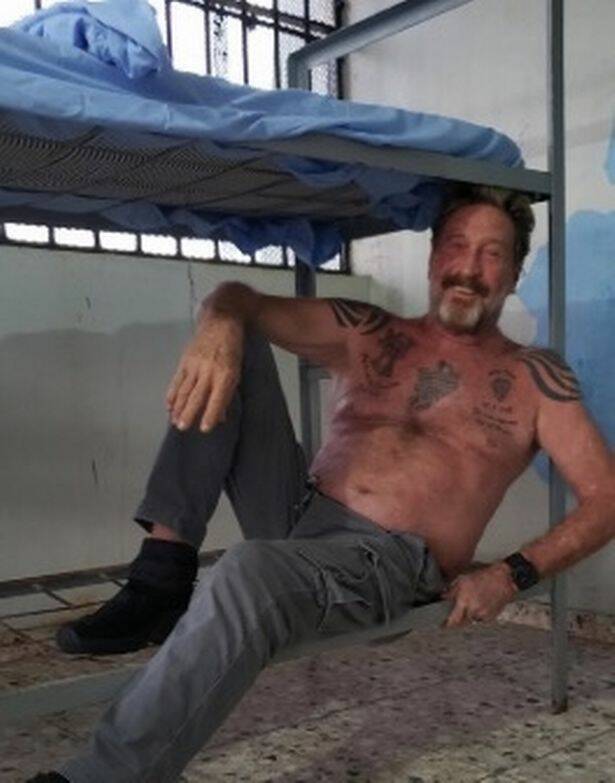 The saga of John McAfee, which has been played out on the national media stage for years, finally came to an end. McAfee was found dead in his Barcelona, Spain jail cell while awaiting extradition to the United States on tax evasion charges. Authorities in Spain say McAfee committed suicide.

In 1987, he quit his job Lockheed Martin and started his own company McAfee& Associates in Santa Clara, California, where he developed his famous antivirus software. McAfee filled the need for software that would detect and destroy secret maliciously implanted code that was corrupting and taking over people’s computers and compromising their personal data.

By 1994 McAfee became extremely wealthy from his ventures. He soon became restless and bored with the company and resigned as president and sold the company. He previously lived in the Woodland Park area and built many palatial homes and a yoga retreat, encompassing a 280-acre-compound, that was foreclosed on in 2007.

He gained a reputation for his eccentric lifestyle, which also included two runs for the U.S. presidency.

For a brief period, McAfee owned the golf course property in Woodland Park, now known as Shining Mountain. In the early 1990s, he began developing the links and its real estate holdings. McAfee abruptly pulled the plug on the project after dirt work was nearly completed on the front-nine holes, leaving a shell of a clubhouse unfinished. A dirt derby, which included a tourney on the initial dirt layout to celebrate the forthcoming course, was even held.

McAfee, who had never played golf in his life, eventually sold the property to a Japanese company, following failed negotiations with former Woodland Park City Manager Don Howell.  Howell approached McAfee about donating the land as a tax write-off, as part of a bid to turn the links into a municipal course.

McAfee, though, had his brushes with the law, and once was suspected of involvement in the murder of Gregory Viant Faull, in early Nov. 2012, on the Belize island. He partook in an elaborate scheme to avoid authorities for questioning, antics that were covered extensively national television stations. McAfee around this time became a media sensation. No charges were ever filed.

His luck in avoiding law officials and feds, however, didn’t last.

He had been indicted in Tennessee on significant tax evasion charges. He also was charged in a cryptocurrency fraud case in New York.

His death came after a ruling from a three-judge panel at Spain’s National Court in Madrid this week that McAfee could be extradited to the United States to face charges there. That decision could still have been appealed to a larger panel of judges at the same court, according to court documents.

McAfee was arrested in the Barcelona airport and jailed there in October.

Spain’s high court agreed to extradite McAfee to the United States, a court document released on Wednesday said. The provincial justice department confirmed that a U.S. man aged 75 was found dead in his cell on Wednesday.

McAfee still had opportunities to appeal his conviction but could not stand more time in jail, the lawyer Javier Villalba said. “This is the result of a cruel system that had no reason to keep this man in jail for so long,” Villalba said.

During a court hearing last month, McAfee said that given his age, he would spend the rest of his life in jail if he were to be convicted in the United States. “I am hoping that the Spanish court will see the injustice of this,” he said, adding “the United States wants to use me as an example.”

McAfee said in 2019 that he had not paid U.S. income taxes for eight years for ideological reasons. That year, he left the United States to avoid trial, largely living on a mega yacht with his wife, four large dogs, two security guards and seven staff members.