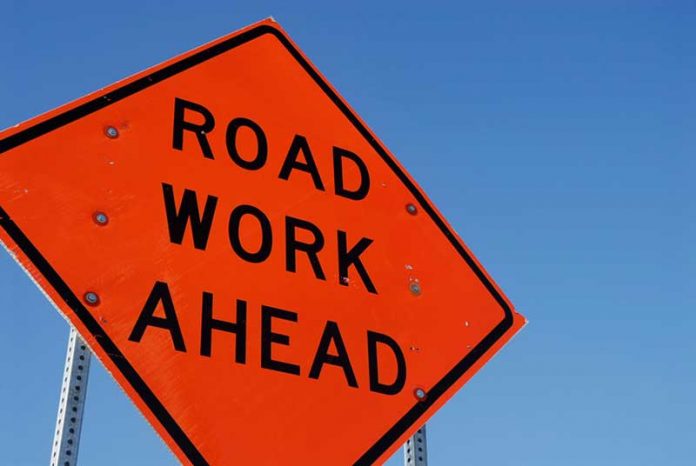 Commissioners Sign Off on 2021 Plan; Make Plea for Resident Patience

Please exhibit patience when it comes to road improvements in your subdivision this summer and along rural thoroughfares.

And if you know anyone with a CDL (commercial driver’s license), send them to apply with the Teller County Transportation Department, like immediately.

This was a stern message delivered last week by the Teller County Commissioners, who unanimously approved the 2021 road improvement and maintenance plan, presented by Brian Kincaid, a manager with the transportation department. Even with a huge staff shortage, the regular road maintenance program should progress on schedule this summer and fall, and no changes are predicted with snow removal efforts.

At the same time, don’t look for any miraculous, or pie in the sky enhancements, such as new major paving projects, with the thrust of this year’s program dealing with nuts and bolts maintenance. Also, all road reconstruction plans are being placed on hold.

But as far as  maintenance on gravel road and regular rural subdivision routes and drainage work, they should occur in a status-quo manner, depending on the weather.

“We are doing the best we can,” said Teller County Commission Chairman Bob Campbell, during a road improvement discussion at last week’s regular meeting.  Campbell noted that Teller is discovering the same government plight as other agencies: not enough qualified employees to serve the role as grader operators and road crew workers.  He stated that not a single county in Colorado has a cure for this manpower shortage.

According to Kincaid’s estimates, the current agency is 12 people short of adequate staffing levels. He said they are wide open to accept new workers, as long as they have a CDL license.

“I would ask for patience,” said Teller County Commissioner Dan Williams.  Williams lauded the current commitment of the staff. He stressed that they are doing what they can to  maintain service levels, even with tough odds against them. Teller encompasses 560 miles of roadway, with 484 miles consisting of gravel surfaces, with some of the roads encountering major challenges, nearly resembling the condition of a road in a third-world country.

Kincaid expressed optimism that service would not be compromised, pending any major disasters.

No Big Changes in Annual Plan

The 2021 plan  is similar to previous annual blueprints, presented every year by the Teller public works and transportation agency. This has been an ongoing trend since 2006, when the county made major changes in how maintenance was handled.

The program strongly emphasizes fixed grading routes.  For the main highly traveled gravel roads, these are broken into five routes, with each one consisting of 45 miles.  For rougher non-dust suppressed gravel routes, they are split into five sections with 85 miles each. The overall goal is to have routine maintenance on each gravel road.

This objective, though, hinges on consistency.

“By staying on these highly traveled roads, we can shorten the route size and reduce the grading cycle,” said Kincaid in the report. “Graders will not deviate from their route’s cycle unless there is a safety concern or an emergency situation. Our goal is to strive for equality throughout the county. Graders will not be pulled from their routes for service requests, as this would not be fair for residents waiting for their roads to be graded on the route.”

And similar to past plans, the 2021 effort will feature some resurfacing of roads under improvement. For this year, the focus will be directed at South Deer Mountain  Road, Anges Drive and Teller 86.

Dust suppression also will be applied to any road that obtains a daily traffic count of 300 or more cars. For this year, the county crews will do dust suppression for a little more than 36 miles of roads, encompassing close to 60 different roads.

In addition, drainage is a big component of the county’s road improvement plan.

As for maintenance overlay of currently paved roads, more work this year will occur on Teller 1  and Teller 3 for a several mile stretch.  Plus, road repairs are scheduled for Teller roads 22, 5, 51, 512 and 61, along with North Mountain Estates Road.

But when it comes new paving and road reconstruction projects, a big zero flashes across the screen, with none in the forecast for this year.

However, Kincaid spoke favorably of the county’s snow removal efforts.  He said that in and out snowplow services to all county  maintained roads would get completed within 24 hours, following a blizzard.  He cited major improvements in this plan since 2006.

A major controversy developed during Campbell’s previous stint as a commissioner, when many residents were stuck for several days following a huge spring storm, creating a mini-blizzard of complaints. This prompted one commissioner to tell residents that if they live in high country, get a four-wheel drive vehicle, or stay in a motel/hotel during a major storm.

This previous storm, and the response effort, eventually prompted a change in management and policy adjustments in how roads are maintained and dealt with during storms.

As a whole, the commissioners supported all phases of the 2021 program.

The board, though, made it clear that the county is combating major staff shortages, similar to  other governments and private businesses, so be patient. They also  made a plea to anyone looking for work, with the property CDL designation, to join their team.

Teller County Assessor Colt Simmons, later in the meeting, quipped that he does have a CDL designation, and would be willing to help on an emergency level.  The commissioners didn’t deny his request.