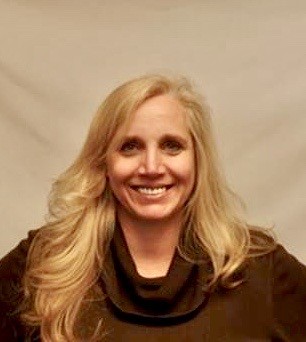 Ever since Michael Allen took the reins of the Fourth Judicial District Attorney’s at the beginning of this year, a drastic change of leadership has occurred within the office.

Last week, the district attorney’s office, encompassing Teller and El Paso counties, announced that they would be promoting Jennifer Viehman to a top role within the department.

Viehman was a key public face for the DA’s office during the Patrick Frazee murder trial, doing much of the cross-examining and questioning of witnesses. She often took center stage during television and press interviews for the trial that gained national attention.  Frazee was convicted of brutally murdering Kelsey Berreth of Woodland Park around Thanksgiving 2018.

“District Attorney Michael Allen is excited to introduce Jennifer Viehman as the new Chief Deputy District Attorney for the Fourth Judicial District of Colorado,” the district attorney office’s Public Information Officer Howard Black said in a press release. “She brings a wealth of commitment and experience to our team and will continue to serve our community with distinction.”

But this appointment follows some controversy over internal changes in the office.

The change of heads comes about after three prosecutors in top positions resigned since Allen took control of the office after winning the primary election last year.

After her promotion, Viehman has taken the position of Margaret Vellar, who was appointed to a judgeship within the Pueblo County court system.

“I am so grateful for the confidence bestowed in me by Michael,” Viehman said. “It is an honor to work for such a dedicated group at the District Attorney’s Office and to serve this wonderful community.”

Viehman has been a prosecutor with the office for more than 17 years. The prosecutor got her bachelor’s degree in Criminal Justice and Criminology from the Metropolitan State College of Denver in 1995. She then graduated from law school in 2001 from the University of Denver.

The experienced lawyer started her career the same year she graduated from law school as a prosecuting attorney for the Colorado Springs City Attorney’s Office. Then in 2004, Viehman came onboard with the district attorney’s office.

Viehman now has over 40 felony jury trials under her belt for crimes ranging from drug possession to homicide. In 2010, Viehman joined the Special Victims Unit which specializes in crimes against children and sexual related offenses.

While there, Viehman prosecuted former Colorado Springs Police Officer Joshua Carrier who was arrested for child molestation. After being convicted for molesting 18 children, Carrier was sentenced to 70 years in prison.

Over the years Viehman is no stranger to high profile cases. In 2014, she successfully prosecuted Robert Baillie for the 1976 cold case murder of Janet Conrad.

Locally, Viehman is best known for her role in the Patrick Frazee murder trial that took place in 2019.

Even though former district attorney Dan May was the lead prosecutor, Viehman did most of the questioning and cross-examining during the murder trial. Viehman became a regular on local television stations when she talked about the trial during several press conferences held outside the courthouse.