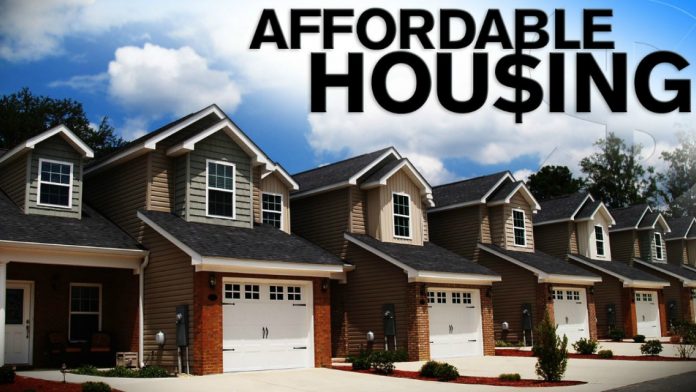 The city of Cripple Creek is hedging its bets on development incentives, in an effort to push the envelope more in its strong wager for workforce housing.

Last week, the city council passed a resolution that grants future developers and builders big breaks on fees, water/sewer tap costs, infrastructure and material expenses for the next couple of years.

The city is desperately trying to rope in multi-family developments and workforce projects to address its current housing shortage. Securing housing for casino employees has turned into a critical issue, according to Jeff Mosher, the city’s special events and marketing director.  Mosher has taken an active role in courting potential housing developers, and in specifically meeting with key builders and project proponents.

He believes the town has a several year window to make these projects a reality. For years, town leaders have talked much about the need for affordable housing, but they haven’t seen much in the form of tangible results. The main winners so far have been existing casinos, which have used some of their real estate assets for employee housing.

With the mega hotel expansions of several casinos, and the addition of no-limit gambling, the town is currently suffering from a big employee shortage, a factor only complicated more by the serious lack of housing.

The town’s main problem, according to a recent housing study, deals with the quality of current housing dwellings, and the  limited financial resources of some workers in buying single-family homes.

“What we really need is apartments,” said Mosher, who believes the town has a good opportunity in the next few years.

During last week’s meeting, the city council finalized a resolution, which will soon become an ordinance,  allowing for hefty incentives in a variety of areas.

The idea of incentives was discussed at a previous workshop, with the council looking at a list of nearly 50 suggestions, with some bold ideas, such as giving land to developers under certain conditions and developing an RV park to help house workers during the construction period.

“We are open for development,” said Mosher, at the previous work session. “We have vacant land. We are short everywhere (with housing). We need to incentivize growth.”

Out of this list of probable incentives,  the city opted to take official action on a more defined list for right now, dealing with tap waivers, offering a 10 percent cut in water and sewer set-up expenses, along with significant cost cuts for materials, future infrastructure and in permit fees. The city also would play a facilitating role in helping developers with their projects.

In addition, the city plans to heavily market the community as a prime place for housing projects due to its extremely low property taxes  and water rates and to aggressively pursue grants.

These incentives would be done on a case-by-case basis, explained Mosher.

At last week’s discussion, the council decided to make these incentives available until June 2, 2024, or until the council opts to rescind these breaks.

In other action, the council signaled the green light last week for finalizing a somewhat complex road vacation bid by the Wildwood casino, to support their new hotel project, expected to open on June 15. The area of concern deals with Pikes Peak Avenue and adjacent alleyways.  Part of this area will become a one-way thoroughfare, under the plan.

Joe Canfora, owner of the Wildwood, stressed that their road change proposal is part of a plan to establish  better pedestrian and vehicular access into their hotel, located adjacent to the casino. “I don’t see it as a problem. I think it flows very well,” said the casino owner. He indicated the road vacation will help serve as a staging area for the new hotel.

By all accounts, the current series of small roadways in this area have created a complex scenario, causing much head scratching.

Councilwoman Meghan Rozell expressed some concern for access for neighbors in the area. Following much discussion, the council signed off on the road vacation request, one of the final hurdles the Wildwood had to leap, prior to opening its new 101-bed hotel.

The hotel is slated to open on June 15, with a big grand opening tentatively planned for around July 7.