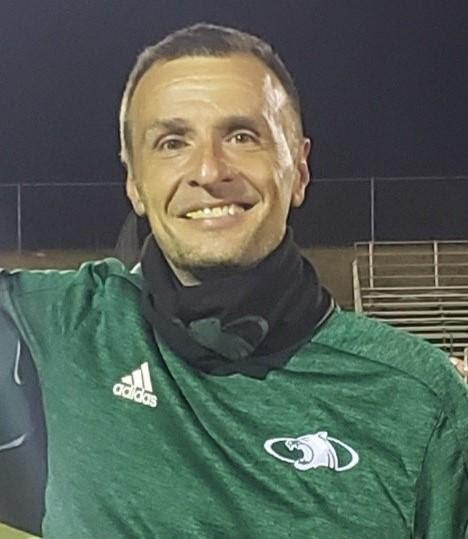 After the coronavirus pandemic basically ruined high school sports during 2020, many of the teams saw their coaches resign.

In fact, Athletic Director and Head Football Coach Joe Roskam threw in the towel at the end of the ’20-’21 school year. This  left  the athletic department without a head skipper.

Once Roskam announced that he was leaving for a dean job with Sierra High School, the school started taking applications for both the athletic director and head football coach positions. Shortly after Roskam resigned, the boys’ head basketball coach John Paul Geniesse also announced that he would be leaving as the team’s head skipper.

Last week, the high school announced that they have filled both the vacant head coaching positions, with familiar veteran faces filling these roles.  However, the school still has not named an athletic director.

For the ’21-’22 school year Chad Drummond will be the new head football coach. Drummond moved to Woodland Park in 1984 and he played football at the school as his only varsity sport.

The new coach started his career in coaching football in the community for more than 10 years ago when he worked as a flag football instructor for the city’s parks and recreation department. He has now been on the high school coaching staff for six years, starting as the defensive coordinator and then moving on to an assistant coaching position. Six other coaches who were in charge of the team last year will be returning to the field this fall.

“I feel extremely grateful and super excited to get started on the 2021/22 school year. We will begin with Summer season work in June,” Drummond said. “My biggest plans for the new season are to install the new program and develop character in the players. We will also teach time allocation to increase our academic abilities and push beyond what we believe is our best effort. Good people make great athletes!”

Woodland Park High School Principal Kevin Burr said that he is happy to be able to promote someone from within the program to the team’s top spot. “Coach Drummond is the kind of coach that every kid loves to play for,” Burr said. “Our Woodland Park community knows him and has complete faith in his ability to get the most out of our student athletes. It is his time and now his charge to take our program to the next level.  I look forward to watching him grow the program and to build a contender in Colorado football.”

It was also made official last week that Brian Gustafson would again take the reins of the boys’ basketball team after a nine-year hiatus. The new coach graduated from Woodland Park in 1992 and he has vast experience with the school’s basketball program. 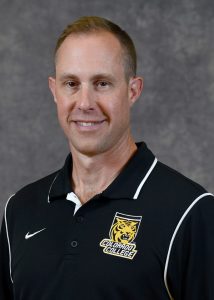 Gustafson started his coaching career as an assistant in 1996 and then he was promoted to the head coach position in 2001 where he held the top spot in the team for 11 seasons. The coach led the team to back-to-back Colorado state tournament appearances in 2006 and 2007. Gustafson has also worked as the high school boys’ golf coach since 2013, helping to resurrect the links program and leading them to one of the top golf teams in their league.

In 2013, Gustafson left the high school basketball team after he received an opportunity to join the Colorado College men’s basketball team as an assistant coach. In 2013, he helped coach the CC Tiger team that ranked in the top 25 in the nation.

“When I left in 2012, I was the longest tenured boys basketball head coach ever at WPHS,” said Gustafson. “Woodland Park has been my home for a long time and I’m extremely excited for the opportunity to step on the court again as the leader of the Panther basketball family! Many thanks to Coach Geniesse who worked tirelessly to foster a proud and competitive atmosphere within the basketball program. By all accounts this is a group of student-athletes recognized at WPHS and throughout the community for their work ethic and commitment to excellence. On behalf of the basketball staff, we can’t wait to connect with this squad and get started on the process this summer!”

The school’s principal was also happy to get someone to fill the vacant position that already has experience with the basketball program and the school.

“Coach Gus is a class individual.  He knows how to coach and how to build young men into the model program for the region. His basketball knowledge and skill are second to none,” said Burr. “Returning to the program that he built many years ago into a playoff contender is exactly what our school needs again. Student athletes excel under his leadership. His college experiences will be great connection material for our high school team.  We are excited to have Coach Gus back on the Panther bench.”

The only position the school now has left to fill is the vacant athletic director spot.