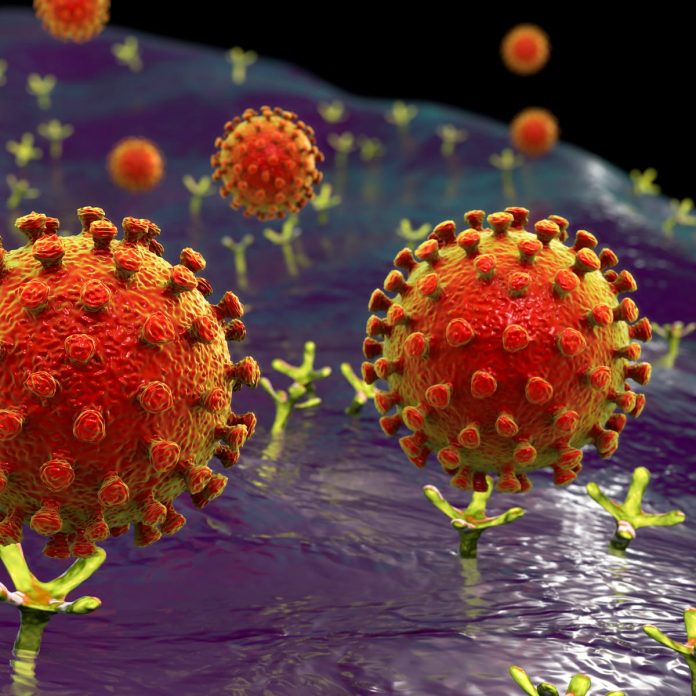 Across the state, positive cases of COVID-19 are on the rise and Colorado Governor Jared Polis is calling it the virus’ “fourth wave.”

Even with this announcement, the Teller County commissioners last week agreed to free the area from Polis’ emergency declarations, contending that the year-long emergency scenario is now over.  This may help open the door for more local control of the COVID-19 scenario.

However, local leaders must grapple with a higher rate of infections, especially in the southern Teller area.

The statistics show that the novel coronavirus is now going after the younger population who has not yet been able to get fully vaccinated.

According to the governor, people between the ages of 18 and 50 are getting hospitalized at an increased rate. Recently, the number of people hospitalized in that age group increased to over 400 which is the highest it has been since February. The governor also said that the new COVID-19 variants are also causing a surge in positive cases statewide.

Locally, Teller County has also seen a recent surge in positive cases. As of April 10, the county had reported 1,498 cases since March 2020 and 15 deaths. The daily case count is also on the rise as 5-10 new cases a day show up on the statistical page.

The county has also seen a recent spike in its seven-day case count, which is one of the main stats used by the state health department to determine the level of restrictions placed on a county. As of April 7, the seven-day case count was 61 new inflictions, which is the highest it has been since last December.

The numbers produced by the county last week showed that the county has seen a total of 101 hospitalizations or 6.88 percent of total cases since the pandemic struck. As of April 5, two county residents were hospitalized with the disease and the last hospitalization date was April 3.

On the flip side, the county has ramped up its vaccination efforts now that anyone over the age of 16 is eligible for a vaccine. During last week’s commissioners meeting, it was announced that 66 percent of people over the age of 65 in the county have been fully vaccinated. During two clinics last week, over 1,000 people got vaccinated with about a quarter of those receiving their second shots.

Even with the vaccination numbers quickly on the rise, the commissioners passed a resolution last week that rescinded the Local Disaster Emergency Declaration put into effect on March 17, 2020 due to the coronavirus. The resolution stated that COVID-19 is no longer locally an emergency due to the increased testing capabilities, the readiness of local medical services and increasing distribution of vaccines.

Some, though, have questioned the timing of this resolution.

However, all of the commissioners made it clear last week that it did not mean that they are no longer working towards fighting the pandemic.

“We are not saying that the county is not going to continue to address the pandemic,” County Commissioner Erik Stone said. “What we are saying is that the emergency that was declared in March 2020 is no longer an emergency. We know so much more now than the county commissioners in 2020 did. Our public health department is fully capable now in handling this public health challenge. Our office of emergency management rather than continuing to operate in a crisis mode or emergency mode is now being directed to re-focus their efforts on wildfire mitigation, wildfire preparation and other potential emergencies. So, they can go back to preparing our county for other potential challenges.”

County Commission Vice-Chairman Dan Williams also talked about how the county is better prepared now than they were a year ago. “When the pandemic started over a year ago, we didn’t have masks, we didn’t have PPE (Personal Protection Equipment) and we didn’t have testing supplies,” Williams said. “We are now working on getting the county vaccinated. Even though 18 percent of people have been vaccinated in the county, that means that over 80 percent hasn’t.”

Last week at a press conference, the governor said that starting April 16, the statewide COVID-19 restrictions dial would go away and that many of the restrictions would be left up to individual counties.  The county commissioners, though, are not sure when that will happen and what restrictions will be left for them to decide. According to press reports, the  state mask mandate will still remain indefinitely.

“We don’t know how much of it he is going to release back to the locals,” Commission Chairman Bob Campbell said. “How much of it is going to come with strings as far as where CDPHE (Colorado Department of Public Health and Environment) tells us ‘xyz,’ or is it all up to us. And the third big question mark or unknown, because we don’t know much, is when is it going to happen? We have heard anything from the 15th of April to it being pushed back to Memorial Day because of the recent spikes across the state. Because cases are going up all across the board in several counties. I think it will be coming, but we have no idea.”