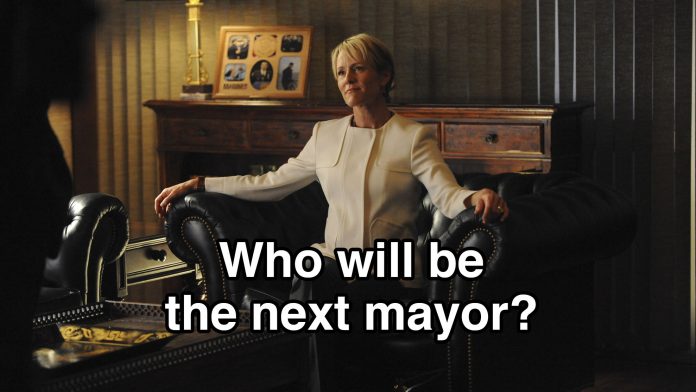 Council Set to Pick Successor to Val Carr This Thursday

Nearly 10 contenders have officially bolted from the starting gates for a successor to former Woodland Park Mayor Val Carr, who passed away recently following a fight with COVID-19.

Despite the town’s often divisive politics these days and the frequent verbal clashes at council meetings,  the  number of candidates for this mayoral seat is quite impressive, and may have set a record.

Interest in the position is strong, as the eventual mayor could play a pivotal role in determining the city’s future.  However, if no majority decision is reached, the matter will get turned over to the voters for a special election or during the next regular election next year.

This Thursday (April 15),  the WP Council will interview contending candidates for the open mayor’s seat.

Mayor Pro Tem Hilary LaBarre has been holding the mayor’s position temporarily since the death of Carr, on February 16. Council has been operating as a six-person board and has often been unable to agree on many issues. Several key votes have ended in a 3-3 tie.

According to City Clerk Suzanne Leclercq, after all of the candidates have given it their best shot, council will be given a ballot with all the candidates listed on it and a line also included “none of the above.” A candidate must receive four votes to be appointed.

In the event of a tie, council members will be given another ballot to break the tie. If none of the candidates receive four votes and council cannot approve any of the candidates there are two ways the city can proceed.

Secondly, the matter can be solved at the next regular election. According to the city charter, “a regular election shall be held on the first Tuesday following the first Monday in April of each even-numbered year.”

A special election would cost the city approximately $20,000 according to the city clerk.

If no one is appointed this Thursday and the council does not vote to hold a special election, then the matter will be resolved at the next regular election in April 2022.

According to that scenario, LaBarre will hold the mayor’s seat until then.

The large number of candidates is similar to when  Neil Levy was appointed  as mayor in 2014, following the resignation of David Turley. That process ended up with a chance drawing, a scenario that led to the current change in the city charter, opening the door for citizens to determine the outcome if the council couldn’t reach a majority appointment verdict.