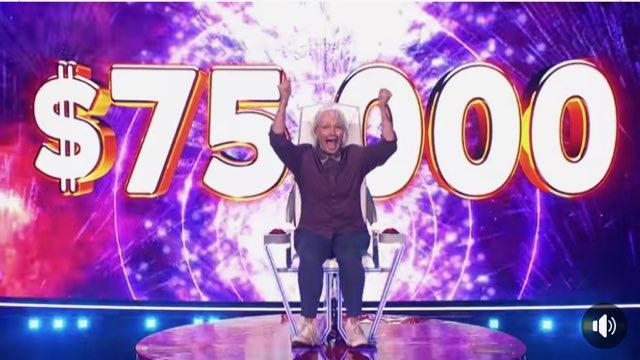 On Easter Sunday, the nationally televised show “Ellen’s Game of Games”  featured a Teller County resident as one of the prime competitors.

Retired educator Kellie Woolf from Divide got accepted to partake in the show last summer after applying several years previously and doing a variety promotional videos with students she previously taught.

Her enthusiasm and tenacity definitely paid off.

Woolf (the wife of former Woodland Park RE-2 School District Superintendent Steve Woolf) went on the show and competed in unusual games that tested the wits of all the competitors. In the end, Woolf came out ahead in two games, and earned herself a shot at the final round.

During the last round of the game, Woolf was asked a series of questions and if she answered them all right, she had a chance at winning $100,000. She excelled during the round and answered all but one correctly, which meant she won a total of $75,000.

Woolf said that she initially applied to be on the show in Jan. 2019, when she was still a high school teacher in Kansas.

“There was sort of low morale in the school district at that point, so I decided to do something fun,” Woolf said. “So, we created an audition tape that included my students. We did it in one-take and you had to tape a two-and-a-half-minute video and submit a short online application. I submitted it and kind of forgot about it. We moved to Colorado, I retired and our lives changed. Two years went by so I figured I didn’t make the cut, then out of the blue they contacted me last summer and said I made it to the second round.”

The show’s representatives said that they wanted to do an interview over Zoom that would be then sent to the producers. She said that it took three different times to get the interview right before it got submitted.

Woolf said that the interview was sort of a commercial to sell her to the show’s producers. “They asked me lots of questions about my life to get interesting sound bites,” Woolf said. “And then we played a few games together and of course the more animated and foolish you look the better.”

The show’s producers then contacted her a couple of months later to set up her travel times and schedule when she would be on the show.

Since it was Warner Brothers Studios very first production, in the wake of the COVID-19 epidemic, the restrictions were very strict.

Woolf said that she had to quarantine in a hotel room for six days and pass four COVID-19 tests before she was allowed on the set. Once she was on the set, she was not allowed to be around other contestants and they all had their own trailers. The show’s employees were all wearing the proper protective equipment and social distancing was strictly enforced.

Woolf said that the entire season of the show got taped in two weeks. According to the former teacher, they had the taping of the show organized to where all of the games for the season were taped in one day. 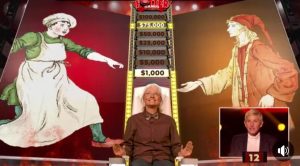 Woolf said that one primary reason she applied was because she is a huge fan of the show’s host, Ellen DeGeneres. “I was mostly excited to meet her (DeGeneres), and she has had a lot of controversy over that last summer, so I was very curious to see who she would be and what she would be like when we got there,” Woolf said. “Because it was the first production and her show hadn’t even started yet, I found her to be sweet and shy and oddly submissive to her producer, Andy Lassner.” 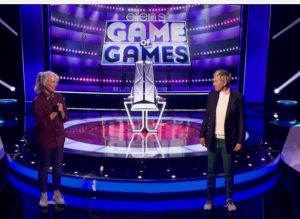 The taping of the show went well for Woolf despite one minor setback. “I had actually hurt myself when I fell through the trap door during the game ‘No or Go,’” Woolf said. “My knee popped up and hit me in the cheek and I got a really good swollen cheek and black eye, which was totally worth it. She (Ellen) kept checking on me to make sure I was ok. I was very appreciative of her concern, that was the highlight for me other than the experience as a whole. Meeting her and having conversations with her was really special.”

While on the show, she said she wanted to use the down-payment to buy a house for her husband and parents. Woolf said she is still looking for a new home, but she did use some of the money to buy a car.

She also decided to give a chunk of the money to the high school students that helped her film her audition tape, as well as some of it to her own children.