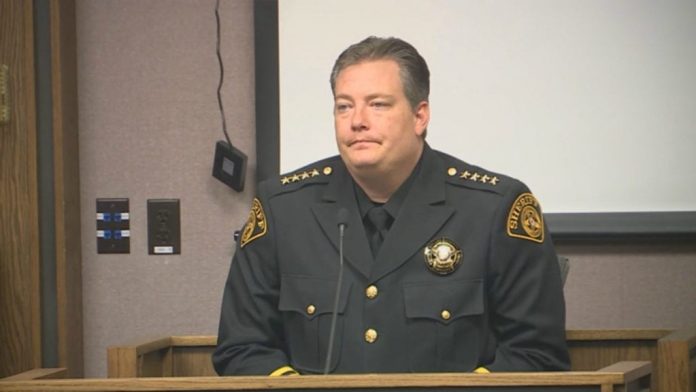 On Monday, an announcement was made that has thrilled area residents and county leaders.

Teller County Sheriff Jason Mikesell officially announced publicly that he is running for the state’s top seat. More details will be released this week, including a platform of key campaign issues.

The sheriff said that he will be starting his campaign early next year to run for the governor of Colorado in November 2022.  Already, in an informal exploratory stage,  has experienced a great deal of support from his constituents in Teller County and many have already offered to donate campaign funds.

After being a leader in law enforcement for many years, the sheriff said that he thinks he would be a good choice for the position. And, due to his recent popularity and winning TMJ’s top spot as the Best Public Servant, he thinks he has the public support to do so.

“I have a strong community of people behind me that love what I do as a sheriff and think I would be a great governor,” Mikesell said. “And I have already spoken with Colorado’s Republican Party and they too are on board with my decision.”

The sheriff also cited his disagreements with  a number of issues that current Colorado Governor Jared Polis has put into place. He said that he thinks that Colorado should go back to the “good ol’ days” when Colorado was a predominately red state. And, he thinks he is the candidate that can make it happen.

“We need to bring back quality conservative values to our beautiful state,” the sheriff said. “I am going to run on the premise that I am going to be a huge supporter of small businesses and make sure that my policies don’t cause problems in rural communities.”

First off, the sheriff said that he has to work hard within the state to win the primaries before officially going for the big seat. The sheriff has already received several endorsements including Colorado Representative Lauren Boebert and all of the local city council members and county commissioners.  The latter group is especially pulling for Mikesell in his bid for the gubernatorial seat.

“We need more of a larger role in the state government,” said Teller County  Commissioner  Erik Stone, who along with his peers, has endorsed several resolutions that challenge Polis.

Local residents have also spoken out in support of the sheriff’s run for governor. “I love our sheriff and I think he is great at policing, Florissant resident Christopher Cargoff said. “I think he would be the best choice to kick our current tyrant governor out of office. I would even vote for him for president if he ran!”

The sheriff said that more announcements will be made about his governor campaign in the next several months. He said that his first big campaign event will be a giant barn dance held at his new sheriff’s office.