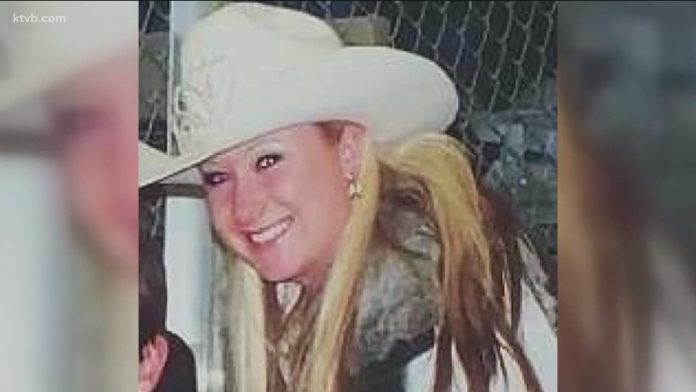 Early last week, Krystal Kenney who pleaded guilty to charges of tampering with evidence for her role in the murder of Woodland Park mother Kelsey Berreth, was resentenced by the Fourth Judicial Court in Cripple Creek.

But this followed some stern words to Kenney, dubbed as the “Mistress of Death” due to her involvement in the murder clean-up, from District  Court Judge Scott Sells.

The resentencing came after the Colorado Court of Appeals ruled about a month ago that Sells made a mistake when he gave Kenney the maximum sentence of three years for her crime.

A panel of judges in the appellate court ruled that Sells couldn’t give Kenney the 3-year maximum sentence because a jury did not find factors that would be the crime in the aggravated range and Kenney did not admit to anything that would allow the judge to sentence her in that range.

During the virtual hearing, Sells resentenced Kenney to the maximum sentence that is not in the aggravated range of 18 months. Since Kenney has already served 14 months of her sentence at a correctional facility in Denver, the state parole board immediately released her from prison the same day as her  hearing (March 23).

According to several legal experts, most inmates in Colorado will only serve about two thirds of their sentence before being placed on mandatory parole. Since Kenney had already served 14 months, which is more than two-thirds of her new 18-month sentence, she was released on parole due to time served and good behavior.

As a part of the sentence, Kenney will also have to serve one year on parole. In many cases, it is possible for those on parole to transfer to other states where they have family and connections. At this time, it is not known whether Kenney transferred her parole to her home state of Idaho or not.

During the hearing, Judge Sells brought up the fact that Berreth’s murderer Patrick Frazee solicited Kenney to kill Berreth on three separate occasions months before Frazee killed her himself. “You could have warned her. You could have called law enforcement. You could have prevented the murder and done the right thing,” Sells said at the resentencing hearing. “But you did nothing.”

To justify why he gave Kenney the maximum sentence, Sells also brought up the fact that Kenney kept Berreth’s cell phone and took it to Idaho to throw off authorities.

Kenney kept Berreth’s phone on during her trip to Idaho to destroy the phone so that it would look as if Berreth was still alive.

Kenney also took Berreth’s handgun and brought it to Idaho and gave it to a friend of hers. Investigators have since recovered Berreth’s gun and corroborated the story that Kenney took it.

“Your actions were not impulsive. They were not spur of the moment,” Sells said. “You had hours and hours and hundreds of miles to do the right thing, and you never said a word until you were later confronted by law enforcement.”

And actually, Kenney did lie to the FBI when they first contacted her and told them that she only knew Frazee through a horse sale they did a long time ago. The FBI then interviewed Kenney’s ex-husband and figured out that Kenney’s story didn’t hold up, and that she wasn’t telling the truth. Shortly after investigators interviewed her ex-Chad Lee, Kenney retained a lawyer out of Denver to set up a plea agreement with the district attorney.

Kenney’s lawyer Dru Nielsen said at the hearing that Kenney agreed to the plea deal to tell her story about what happened to Berreth because it was the right thing to do. Kenney’s lawyer claimed that she didn’t go to police sooner because she feared for her life and that of her family.  of her and her family’s  Frazee had reportedly threatened her and her children.

During the hearing, Kenney was seen with a mask on, and she held her head  low. She declined to comment at the hearing by nodding her head.

The fact that she is now released has sparked much outrage among Teller residents.