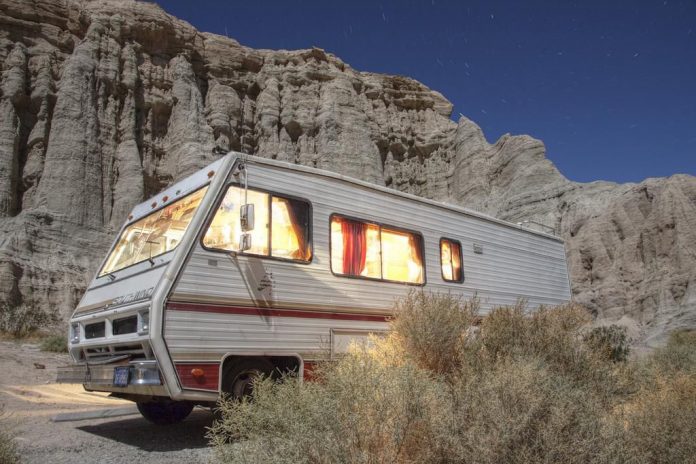 The Woodland Park City Council last week attempted to tackle an issue that has been in the forefront of debate for over nine months, recreation vehicles and temporary housing units.

But once again, sparks flew over the subject of RVs, and the imposed limits on people using local RV camp sites as a permanent residence.

At issue was a new ordinance, 1392, establishing a 12-month moratorium on the applicability and effective date of definitions regarding recreational park trailers and recreational vehicles, along with other regulations.

With this action, many folks who live or who want to reside in their recreational vehicles or trailers for an extended period, will gain a temporary reprieve. But this reprieve will only last for so long.

The original language in a previous city-approved measure limited the occupation of recreational vehicles to 180-days. The 180-day limit on living in a recreational vehicle was at the heart of emergency action, passed by council in November of 2020.  This previous ordinance also established rules and guidelines relating  to the definitions of recreational park trailers and recreational vehicles. This ordinance was the result of months of work by the planning commission and council to fill loopholes in the zoning regulations regarding single family dwellings in multi-family zones.

As written, this would have required the owners of campgrounds to kick people out who use an RV as their primary or even temporary living quarters after 180-days. Council approved emergency action in November 2020.

Now the issue raised its head again in the form of a new proposed law (Ordinance 1392). Planning Director Sally Riley asked for approval of the ordinance, which establishes a 12-month moratorium, so that, “Council can meet with the planning commission, citizens, the campground owners to discuss this issue in an appropriate manner.”

Councilman Robert Zuluaga sees  the (previous) ordinance as a hodgepodge of items crammed into an unrecognizable form. He suggested striking the ordinance and splitting it up into a separate detailed form. He said, “You tried to put in, how many RVs people could have on their property. I don’t think that should be included here.”

Mayor Pro Tem LaBarre fired back at Zuluaga saying, “That’s why it is important that your read these ordinances before you vote on them.” She said, “I didn’t like all the things that were bundled into it and I didn’t agree with the zoning change. That is why we’re doing a moratorium now. So that we can address this ordinance sufficiently and go through it and either introduce or remove certain issues we are either comfortable or uncomfortable with. You could have controlled that by voting no in the first place.” LaBarre was referring to the vote taken last November.

The debate raged back and forth over personal liberty and the planning commission trying to establish certain parameters on the definition of what is an acceptable dwelling unit for permanent residency.

Some on council suggested the whole ordinance be thrown out and planning and council should just start over on the issue. In its current form, the previous ordinance could not be thrown out.

At times, especially during the public comment portion of the debate, speakers veered off the subject at hand and attacked the 180-day limit on its surface rather than addressing the moratorium ordinance itself.

Eventually, after much debate, a vote was taken to approve the moratorium and it passed unanimously.

In other council news, council approved Resolution No. 873, “Reconciliation of the 2020 Water Tap Management Plan and recommendation of Water and Sewer Plant Investment Fees for 2021.”

Utilities Director Kip Wiley gave a detailed explanation on the resolution with spreadsheets of current and future revenues and debt. Wiley told council the entire debt of the utilities department has been paid in full. He also requested council approve resolution 873, which includes a hike in tap fees by 5-percent for 2021 and a zero percent increase in water fees to customers. Council passed the resolution 5-1. Council member Stephanie Alfieri cast the only no vote.