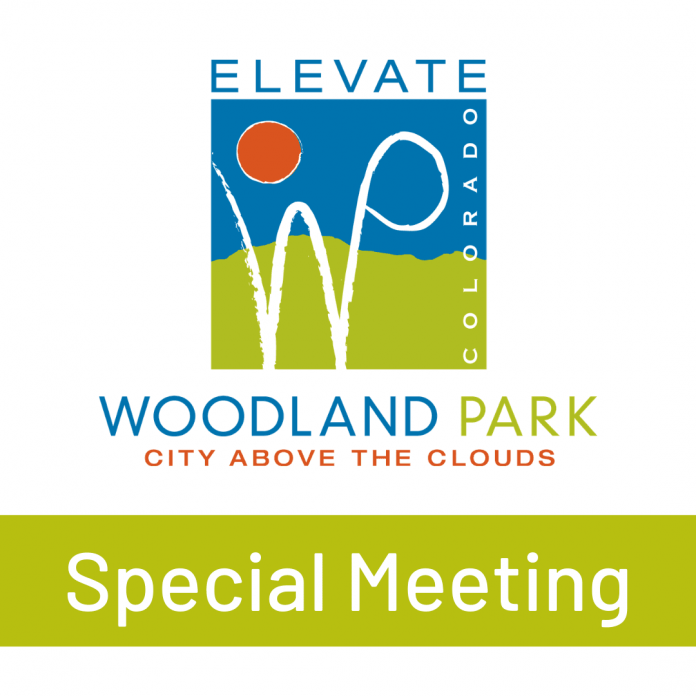 City to Use Woodland Park Website for Notifying the Public

Last week’s regular meeting of the Woodland Park City Council was dominated by housekeeping issues and a farewell to Mayor Val Carr.

The meeting began with a moment of silence to honor Mayor Carr, who passed away last week due to complications from COVID-19 (see related story).

As has been the case with the last few council meetings, several board and committee positions were up for grabs.  But without a full council, the elected leaders still remain divided on certain key picks.

Peter Scanlon and Bob Carlson were up for appointment to the planning commission. However, there is only one opening on the commission.

Both applicants were up for appointment at a previous meeting, with the council deadlocked over the final commission spot.   The same verdict occurred again at last week’s meeting, but not without a lively debate.

The vote was just the opposite on Carlson, with LaBarre, Case, and Neal voting no, while Zuluaga, Pfaff, and Alfieri supporting Carlson, who once served on the city council.

During the debate on the two candidates, Scanlon was grilled on the outstanding issue of the 180-day limit on camping in RV parks. Zuluaga wanted Scanlon to explain why that issue didn’t fare too well.  Scanlon was on the commission at the time, when the issue got quite controversial.  Scanlon replied that, “I was a bit surprised at the whole reaction to and current moratorium on moving forward with anything with the trailer parks.”

Scanlon noted the trailer park issue was a small part of  the commission’s review of codes when the Tamarac tiny home project got approved.

LaBarre reminded the council that there will “likely” be a work session in the future to deal with that subject. This sparked a council internal debate, as Pfaff got upset about not being informed about the work session.

Following a heated exchange between Pfaff and LaBarre, Case then requested that the meeting be called back into order, suggesting that it’s time to move on.

After this dispute, the votes for other appointments proceeded.

The next appointments were for seats on the city’s Historical Committee, Board of Adjustment, and Keep Woodland Park Beautiful.  Long-time resident Larry Black, who has been involved in many local historic projects, was appointed to the Historical Committee. Black was appointed to the group by a 4-2 vote, with Alfieri and Zuluaga casting the no votes.

Both the Board of Adjustment and Keep Woodland Park Beautiful appointments were moved to the March 4 meeting after further objections.

The council also approved a legal agreement with the MURRAY DAHL BEERY & RENAUD LLP (“Law Firm”) group. This firm will be providing legal services with the city.

On the matter of approving the statement of expenditures, Zuluaga questioned several checks that were written to various vendors. This drew the ire of Case who stated that Zuluaga could get all the answers he wanted from staff outside of the regular meeting.

Zuluaga mounted a defense, stating that he was trying to be transparent with citizens when expenditures seemed unusual. This led to City Clerk Suzanne Leclercq giving council and citizens a tutorial on where to find matters of finance on the city’s web site. Ironically, when Leclercq brought up the statement of expenditures link on the website the, only link was for the July 2020 statement of expenditures. Leclercq said she would find out why it wasn’t updated.

In other action, the council decided on a measure, declaring the instrument for public notification process and method for the city for 2021. The council opted to use the city website as the method for public notification. This deals with the posting of public notices, resolutions, ordinances, agendas and other items.  In the past, the council had to designate a legal newspaper for this posting. But in a previous vote, the citizens changes this arrangement.