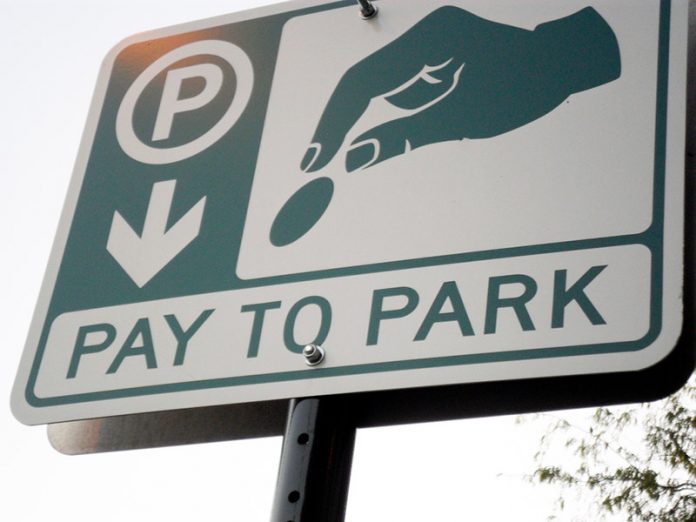 Don’t be fooled by the lure of big money with the option of turning a scenic, friendly mountain community into an anti-tourist area and enforcement nightmare for the promise of so-called extra bucks.

These are just a few of the reasons cited for a successful petition drive in Green Mountain Falls against the possible implementation of a paid-parking system.

This paid-parking idea was mentioned by an outside consultant, Jonathan Cain, who is currently putting together a signage, parking and trail use plan for the town of Green Mountain Falls. In an earlier presentation in December, Cain estimated that a paid-parking system in GMF could net between $85,000 and $160,000 a year. Cain has worked with Idaho Springs, and believes such a system, aimed at targeting visitors and not residents, could work for GMF. Specific details on how the plan would work haven’t been proposed yet.

The idea stems form concerns voiced last year due to the influx of visitors and hikers,  in the wake of the coronavirus stay-at-home orders, which limited folks to outdoor hubs in their immediate or nearby areas.

As a result, Green Mountain Falls was bombarded with many visitors on weekends.

Last week, several citizens spoke out against the idea of paid parking, and informed town leaders of a related petition effort that had collected close to 100 signatures within a very short time span. The effort has been highlighted on social media, with comments poured in against having paid parking in Green Mountain Falls. Most see this as determent to local businesses and to the town’s visitor-friendly image.

This sentiment was echoed again at last week’s Zoom session.

Long-time resident and former mayor Dick Bratton told the trustees that a group of concerned citizens had collected 67 signatures within a very short time in a petition against having paid parking in Green Mountain Falls. “This idea has not been thought out,” said Bratton. “The devil is in the details.”

Bratton advised town leaders not to get caught up in the “lure of money,” that could result in an enforcement nightmare.

From an image standpoint, Bratton said the concept of paid parking “sends the wrong message to our visitors” and could  become a killer for local commerce.  “We need to support our local businesses,” he added. “I hope you will take the petition seriously.”

The petition was submitted to  the town leaders as official correspondence.

“We had a very good response,” said resident Judith Piazza, a co-author of the petition.  She also said the response on Facebook regarding this issue has been overwhelming.

Later in the meeting, Mayor Jane Newberry acknowledged the public opposition to any future plan for paid parking.  But she cautioned that the issue is a little more complex than ‘do we have or not have paid parking.’ She described the pending plan as one that will  grapple with the topic of “managed parking.”  She said town leaders were trying to address concerns that occurred last year, when the town was flooded with hikers and visitors, resulting from the pandemic impacts.

One issue all factions of the town agree on is the need for better signage to direct hikers to trailheads. since most of these routes begin in residential areas. Also, residents and civic leaders don’t want to see the town follow the pitfalls of Manitou Springs, when it first developed a paid-parking system.

The issue will hit center stage shortly, when a proposed plan for signage, parking and trail use is developed in the near future.