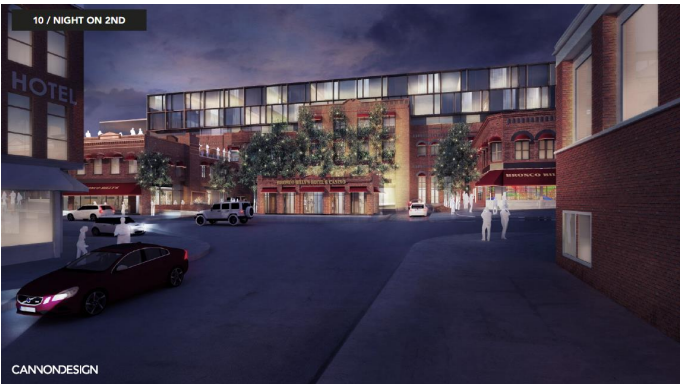 It’s now official and infrastructure work on a $200 million hotel addition in Cripple Creek,is slated to start within a couple of weeks.

With absolutely no debate, the Cripple Creek City Council approved the second and final readings of ordinances that essentially gave Bronco Billy’s the go-ahead for a six-story, 300-room hotel and parking garage.  It also authorized waivers from the town’s height rules and reconfirmed a special merit designation and the vacation of  street and alley vacation.

This is the last main regulatory step Full House Resorts had to climb to reach the finish line, and to give them the go-ahead to secure financing for the project.

The approval was unanimous among all council members.

Previously, two council members raised a red flag about the height variance,  permitting Billy’s to build a hotel that would encompass actually seven-stories from Bennett Avenue.

Meghan Rozell, who cast one of the dissenting  votes at a previous meeting, said last week she wished more public comment had occurred during the recent Billy’s hotel hearings.   But from a quasi-judicial standpoint, she said the applicant met all requirements.

The Billy’s project actually represents a revision of plans submitted in 2018.  Only this time, they are much more elaborate and don’t feature a phased-in construction process. Full House plans to construct the hotel and parking garage at the same time, with the slated completion date set at the end of 2022 .

Initially, their plans generated a lively debate, as they represented the most elaborate hotel addition bid submitted to the city and the ones that clashed the most with the city’s stern historic preservation rules.

But after considerable debate, town leaders agreed that Cripple Creek needed to take a new step in its effort to become more of a destination area.