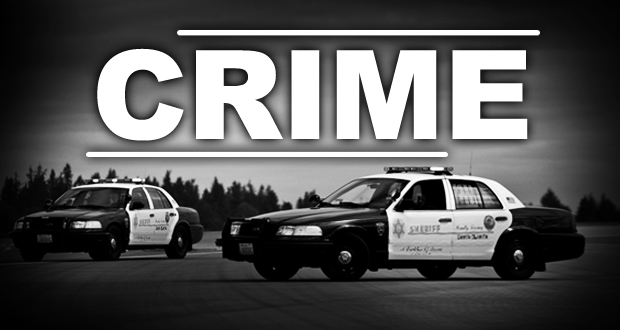 Teller County may not win any awards for the quantity of big-time crimes, but its spree of bizarre law enforcement incidents and rare conflicts continues, keeping area authorities quite busy. Here are a few highlights from last week’s activity.

Teller County Sheriff officers had to deal last week with a reported attempted murder/shooting, a standoff with a familiar suspect and a fire—all at the same residence in the Florissant area.

Luckily, no serious injuries occurred and the incident was resolved.

Last Wednesday, the Teller County Sheriff’s Office received a call from a man at around 9 a.m. saying that he had been shot at by a man on Valley View Drive north of Florissant.

The man said that he was leaving a house on the road when a man came out from another house and started shooting at him.

After some rounds hit the victim’s car, he was able to leave the location and call the Teller County Sheriff’s Office. The victim gave the deputies the address of the house in question.  When authorities arrived, they realized it was the home to David Strang.

Authorities were familiar of residence due to a felony menacing and domestic violence situation that took place last December involving the suspect. In fact, the deputies quickly realized that Strang had a felony warrant out for his arrest.

Once arriving at the house, the deputies called in their Emergency Response Team (ERT) to assist with the incident since Strang had been known to be violent in the past. The deputies then gained another arrest warrant for attempted murder and tried to get the suspect to leave his home and peacefully surrender.

After the standoff lasted for a few hours, the deputies started noticing smoke coming from the second floor of the house. The smoke then quickly turned to flames and the local fire department was called. But, because of the possible dangers involved since the deputies knew the suspect was armed, fire crews were not allowed to approach the structural blaze until the armed man was detained.

Once the second story of the home became completely engulfed in flames, Strang ran out of the burning building and surrendered to the deputies. Strang was then booked into Teller County Jail with a $1 million bond on charges of attempted homicide, felony menacing, and domestic violence.

Woodland Park Woman Attacked By Deer Inside Her Home

Last week, the Colorado Parks and Wildlife (CPW) Division also got into the crime investigation scenario, but  in a different way.  The agency, in fact, was forced to euthanize a deer after it entered a 77 -year-old woman’s home and attacked her. This has resulted in a pending investigation.

The incident occurred last Tuesday when the local woman propped the door to her house open while she was bringing in groceries. At one point she turned around in her house and found herself staring face-to-face with a large doe.

She told CPW officers that the animal felt comfortable inside her home as it walked in and started eating food in her kitchen. She then started throwing items at the deer’s hooves to try to get it to leave but to no avail. At one point the woman told officers that she turned her back to the animal and it reared up and started kicking and scratching her with its hooves.

When the CPW officers arrived the deer had fled, but the woman told them that the deer would return the next morning because she believes that her neighbors were feeding it (which is against state law.) The next morning the officers returned and the woman identified the deer based on unique markings it had.

The officers then euthanized the deer in fear that it was too comfortable being around humans and was a threat to the community.

The deer’s body was then sent to a lab for a necropsy and the incident is still under investigation.

“This is another dangerous example of what happens when people feed wildlife,” said Cody Wigner, CPW assistant area wildlife manager for the Pikes Peak region. “They become habituated to people, lose their fear and become aggressive and dangerous. This deer showed no fear of the woman and was quite comfortable entering her home. And when our officer responded to the scene, it approached within a few feet. This tells me the deer was far too comfortable around people. Dangerously comfortable. It viewed humans as a source of getting food.”