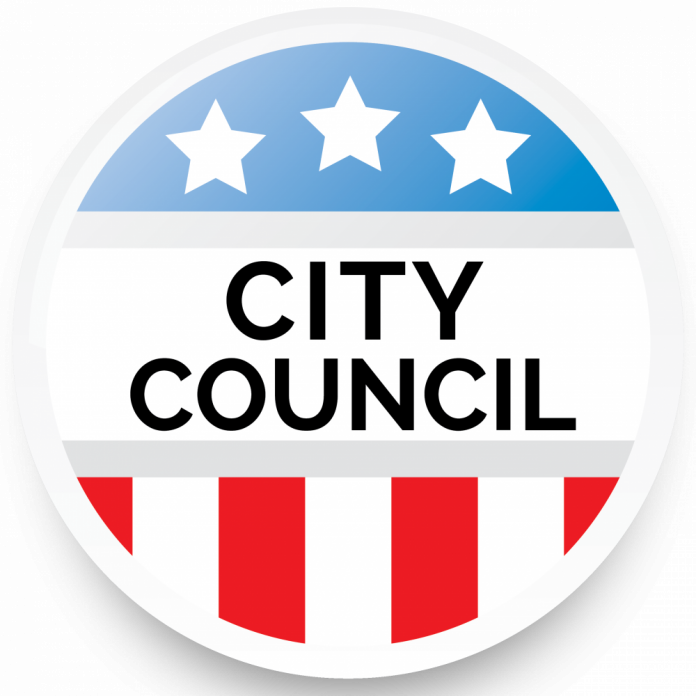 A huge and wild debate has ignited locally regarding a controversial resolution proposed by certain members of the Woodland Park City Council.

If approved, this would send a strong anti-regulatory message dealing with the current state mandated COVID restrictions. For the moment and with the mayor absent from the discussion, the measure, following a marathon session last week, ended in a split tie. But the political fight over these restrictions is far from over, and is expected to occur again at an upcoming meeting.

Resolution 871, which declares; “Reasserting the Rights of the City of Woodland Park and its Residents and Condemning the Unconstitutional Limitations Imposed Upon their Freedoms by the Governor of Colorado,” drew a tremendous amount of input from both council and citizens at last week’s regular meeting.

The resolution was compiled by Councilwomen Stephanie Alfieri with the aid of several others, including officials from the city of Monument. Monument recently passed a similar resolution.

The resolution, however, is not binding, and is considered more of a symbolic gesture, outlining the city’s position regarding COVID mandates.

Alfieri was first to give her on why she thinks this resolution needs to be passed. She said, “It has become quite clear that the negative impacts of these mandates have had on our community and communities across the country.” She gave a laundry list of impacts she claims mandates have had.

Councilman Robert Zuluaga, another proponent of the resolution spoke about what he called a “tremendous” amount of support for the resolution from the community. He then touted his study of the Constitution and declared the mandates unconstitutional. He did congratulate the city for its efforts in being proactive in the fight against the virus. He said, “Teller county did a fabulous job in surrounding the wagons. A very excellent defensive approach.”

Councilman Rusty Neal took another stance. Neal took issue with the wording and phrasing of the resolution. He said, “When I first got this resolution, I too was aghast, as was Robert, but in the opposite manner.”

Neal researched the claim of the constitutionality question, and found several sources that did indeed grant the governor the authority to impose mandates. He said, “The part of the resolution that bothered me is where it talks about free speech.”

Neal’s concern is that the term “free speech” has been twisted, “which has become kind of a mutation with people defying wearing a mask and the social distancing.” He went to research Supreme court decisions to try to see where they landed on the issue.

Neal found three court rulings regarding the mask mandate. According to Neal’s findings the courts have ruled the authority in the case of public safety falls to the states. He cited a 1905 court case, Jacobson v Commonwealth of Massachusetts. He said, “The supreme court went so far as to say that the authority of the governor is massive.” This case involved a smallpox epidemic.

Councilman Jim Pfaff was next to give his opinions. Pfaff vehemently supported the resolution. Pfaff reiterated the claim that “the vast majority” of citizens approve of the resolution. Pfaff did acknowledge the seriousness of the pandemic and went so far as to state that the governor is doing everything, he can to address the pandemic. He then declared, “What we don’t need is the government telling us how to deal with it.”

Councilwomen Kellie Case gave a heartfelt speech on the dangers of the virus and lamented the loss of life that has occurred. She said, “I’m not going to degrade any other council member’s comments or thoughts, because they are all valid.” ‘

She stated her support of businesses and said she is doing all she can to do that. She said, “It’s not just about the businesses, it’s about the folks in our community. It’s the wrong time. We are turning the corner. We have come a long way from the way it was. A lot of people have lost their lives.” She mentioned Mayor Val Carr who is struggling with the COVD infection right now.

Some on council have been quoting statistics and the death rate that has mainly affected those 70-years of age and over. Case said, “Just because they are 70 or over doesn’t make it any less important.”

Mayor Pro Tem Hilary LaBarre spoke about her being a very high-risk individual to the COVID  virus. She survived the virus last January.

Because of the virus, LaBarre had to decide whether to allow her pilot husband to come into the house due to his possible exposure. She said, “He was in the hot zone when the virus came out.”

She said, “There was no way I wasn’t going to let him come home so we had to choose to be exposed to the risk.” Her 85-year-old mother also lives with her. LaBarre also wished this resolution talk could be postponed until Carr was able to come back and give his input. She said, “I do think his participation would be valuable.”

When the floor was open to public participation, the comments were varied. Citizen Mike Nakai spoke about possible unintended consequences that may arise if the resolution passed. Nakai mentioned how the events of January 6, when a mob breached the U.S. Capitol building had a worrisome effect on him. He said, “The events of January 6 last month personally gave me pause. And my takeaway is that the words and actions of government officials, while well intended, may have unintended consequences.”

Nakai is concerned passage of this resolution is sending a “clear message to the businesses of the community.” He believes, as others who commented, that this could bring greater scrutiny on local businesses from the state.

Other who commented support the resolution for reasons including being sick of wearing a mask. The split was about even, those for and those against the measure.

Ultimately, LaBarre, originally listed as a sponsor, changed her mind about her support and voted no. Neal and Case also voted no leaving the issue in a 3-3 tie. It will be revisited at the next council meeting.