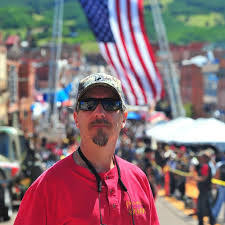 Even with the official announcement of the axing of  one of Cripple Creek’s most popular events, the Salute to American Veterans Rally and motorcycle ride, for 2021 and possibly permanently, the debate continues.

At last week’s city council meeting, Annie Durham, a representative of the Veterans Rally Citizens Alliance, added fuel to the fire by heavily criticizing local leaders for their lack of support for the Salute Rally, a fixture in Cripple Creek and Teller since the early 1990s, In addition, she told the council that a pro-Veterans Rally petition has already been started and signed by close to 1,000 people.

“We will lose the rally,” blasted Durham, in attacking the current attitude of some city leaders. And with that verdict, she argued that Cripple Creek’s image as a pro-veteran’s community would be tarnished. If that occurs, she warned city leaders Cripple  Creek could encounter a huge backlash.

And based on the support garnered for the pro-Rally petition effort so far by members of veteran groups, business folks, residents and event participants, Durham noted that most people love this annual festival.

More specifically, Durham suggested that certain council leaders are acting to help a group of critics, whose intent she contends is to destroy the reputations of Rally co-founders Jim and Pam Wear.  “You are enabling the small few who are trying to vilify  ProPromotions,” said Durham.

In fact, she says the anti-Rally group has even resorted to tactics that compare the ProPromotions owners to Adolph Hitler and Karl Marx.

Durham was mostly upset by the lack of support for the event by the city council.  She said the rally organizers understand the city’s fiscal woes, but believe the council is refusing to recognize the benefits of the festival, which brings thousands to the community. And by taking their current stance, she indicated this is hurting the Rally organizers from obtaining outside funds.

In some ways, her comments represented a further endorsement of a Facebook post by Jim Wear, who conceded that the rally is dead, at least for now.   In his post, Wear  expressed concerns over what he referred to as “utter disrespect shown by city council members toward the rally committee members in public  venues.” And like Durham, he noted that the council refused to “publicly acknowledge, in any small way, the positive worth of the rally and our efforts.”

City Not Cancelling Any Events

City officials, though, have maintained that they are fully supportive of the Rally, and all  local festivals, but just can’t fund any special events in 2021.  “We haven’t cancelled any events,” said Interim City Administrator Ray White.

But with the financial cutbacks from the coronavirus epidemic, and the unsurety of the current situation with public gatherings for this year, White stated that the council opted to close its wallet as a funder or sponsor of any special events for 2021. The one exception is the city’s July 4th celebration. He said the city is still a big supporter of special events, and hopes to reevaluate its funding situation in 2022. According to White, organizers of key festivals, such as Ice Fest, the  Salute to  Veterans Rally, Donkey Derby Days and the Fall Fest,  were notified of the city’s position to give them an opportunity to secure outside funding.

“The city recognizes the benefit of these events. There are many positive factors for the events we have had in the past,” said White, in citing the benefits for tourism and giving the town a better image. Cripple Creek has developed quite a reputation for its prime summer, fall and even winter festivals. At one point, its hefty lineup of festivals was called “Summer of Fun.”

“It is unfortunate,” said White, in describing the negative anti-council comments made by Wear and members of the Veterans Citizens Alliance group.

For example, he said  a recent committee decision to cancel Ice Fest due to the pandemic served as a big blow for the entire town.

White indicated the city would help any local group in offering support for an event. He believes that the council would probably consider any request for a letter of support, if it would help an organization secure outside funding. Although not playing a role in funding special events this year, the city administrator stated that the city would offer certain support services.

As for its ties with ProPromotions, White said he didn’t get the impression of any real ‘bad blood.’ He stated that the city did reimburse the group a small amount for what they invested into the 2020 rally, which got cancelled due to a resurgence in coronavirus cases.  At the Wears’ request, the city did return their special event application for this year’s possible rally.

But in recent weeks, a virtual Facebook war has developed over the Rally scenario with no end in sight.

Currently there are at least three groups that have an interest in veteran-related events in Cripple Creek.

The future of the Salute Rally remains in doubt. Jim Wear suggested that the city may lose its host role, similar to what happened to the community about 15 years ago.

Or, there is a chance that special events funding by the city could return in 2022, as the pandemic gets under control with the prospects of the far majority of Americans receiving the COVID-19 vaccines. This could open the door for the Salute Rally or a similar-type event.