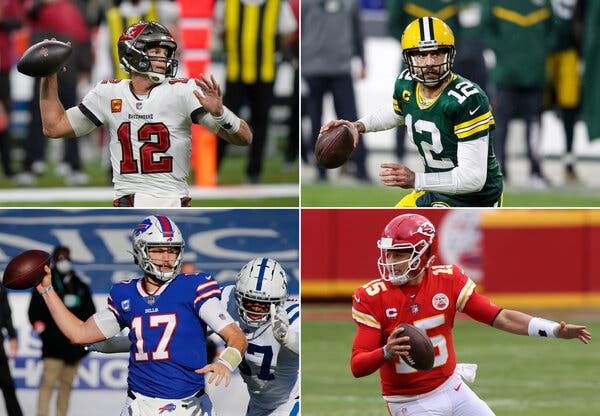 Recent predictions for the first-round of the NFL Playoffs fell a little short with the surprising upset of the Pittsburgh Steelers by the Cleveland Browns.

I was also wrong about the Tennessee Titans/Baltimore Ravens game. This one was a complete failure of the Titans to follow the formula that would have given them a win. The key was to keep Raven’s Quarterback Lamar Jackson on the bench by running Henry. That failure resulted in Ravens beating the Titans 20-13.

The other failure was in the NFC when the Rams beat the Seahawks. Another shocker.

Due to press deadlines, and my love for playing the role as TMJ’s prime football prediction wiz, here were my original predictions for the next round of playoffs. Just so you see how I (Bob Volpe) did. Yes, a few surprises occurred.

Browns/Chiefs. The Browns against last year’s Super Bowl champs, the Kansas City Chiefs. Every team tries to shorten the game against the Chiefs. Shortening games is what the Browns do naturally because of their run-first offense and a forgiving defense that gives up long drives. I wouldn’t expect a lot of possessions when the Chiefs and Browns play, and I wouldn’t expect many defensive stops. Browns still won’t stop Tyrek Hill, and Patrick Mahomes. Chiefs win this one with lightning-fast offense and the ability to score fast   (The final score:  Chiefs-22 Browns-17)

Bills/Ravens. If Bills Wide Out Cole Beasley is right, the Bills can threaten the Ravens’ secondary depth with four quality wideouts. No one can cover Stefon Diggs one-on-one, while Gabriel Davis and John Brown can also get deep. That’s dangerous against a Ravens team that blitzes plenty and leaves its cornerbacks vulnerable. The Ravens/Bills game will be a barn burner, but the Bills win this one in the final drive of the game. (The final score: Bills-17 Ravens-3)

Rams/Packers. In the NFC, the Rams fall flat against Aaron Rodgers and the Green Bay Packers. The Rams win last week was all about defense. As the old saying goes, offense wins games, defense wins championships. But, with the Ram’s main defensive weapon, Aaron Donald playing with torn rib cage cartilage and their biggest offensive weapon Cooper Kupp also nursing a wounded knee, they won’t be able to keep up with the Packer attack. (The final score: Packers-32 Rams-18)

Buccaneers/Saints. The focus will rightly be on Tom Brady and Drew Brees, but Brady carries such a heavier weight. He is the key to the entire Bucs operation. The Saints are not built around their quarterback anymore. Brees has as much support as he’s ever had in New Orleans, with a strong defense (ranked fourth overall in the regular season), running game (ranked sixth overall) and offensive line (tied for 11th-fewest sacks allowed).  Saints win, in what will probably be Brees’ last game.  (Ouch, way off on this one, as Brady kicked butt, and has everyone, including us, eating crow. Final score: Buccaneers-30 Saints-20).

Now, let’s get down to next Sunday’s final and real showdown leading to the Super Bowl.

Bills/Chiefs. This one will put the Bills in the Super Bowl. They take down the defending champs. The Chiefs will try and score early and often, but the Bill’s defense keeps Mahomes in check and the Bills score on all but two of their possessions. Bill’s Quarterback Josh Allen lights up the air with Diggs, Davis, and John Brown. Of course, the big question hinges on Mahomes’ health, as he has to undergo  concussion protocol, following his injury against the Browns.  If he is out for the game, the Bills could win by quite a bit.  But if Patrick is at the helm, it could be a tight one, but the Bills still have the edge. But don’t say that to the throngs of Chief fans at the Blue Moose Tavern in GMF.

Buccaneers/Packers. Yes, Amazing Tom (Brady) is Amazing.  As much as we hate this guy, he is one tough competitor. He fooled the football insiders, including TMJ, with their strong victory over the Saints.

However, that game was somewhat handed to Tampa Bay with all the turnovers. Still, Brady looked like he did with the Patriots.  Doubt the old man Tom Brady magic, though, will continue for another week. Rodgers is a master at last minute heroics, and is just playing too well. Rodgers does it again, and the Packers will win by a hefty margin.

In other words, look for a Bills/Packers Super Bowl shoot-out.