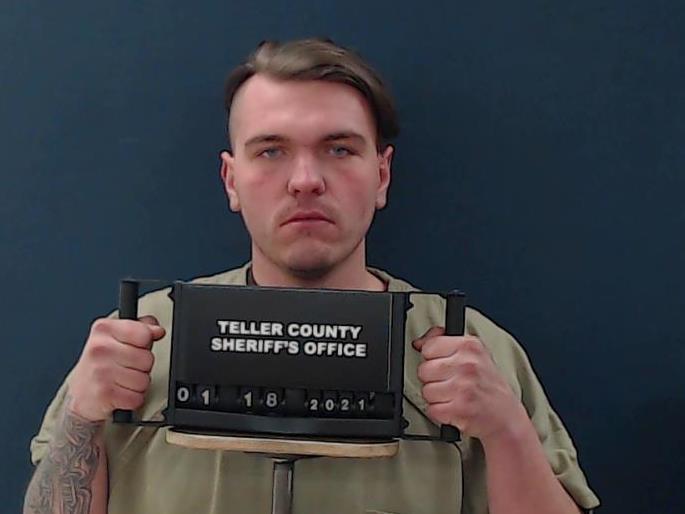 Last Friday, a federal judge ruled that a Woodland Park man, Robert Gieswein, 24, is to remain in jail on federal charges throughout the court process due to his role in the recent Capitol Hill riots, resulting in five deaths and scores of  injuries.

During the court hearing, Federal Magistrate Judge Scott Varholak said that Gieswein came to Washington D.C on Jan. 6 “armed to do battle” during the riots that the judge described as “a fundamental attack on our democracy.”

This is the first known link of a local citizen to the insurrection that has stirred national attention and outrage.

Gieswein has been a resident of Woodland Park, Cripple Creek, and Florissant, and was known around the area for walking around public areas and into stores, while carrying an assault rifle on his back. Many of the locals referred to Gieswein as “Machine Gun Bobby,”  and he was seen at a Second Amendment Rights march in March of 2018, and at a protest to reopen businesses last spring. 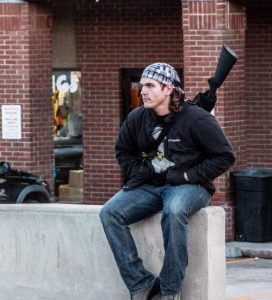 On Jan. 17, the FBI released an arrest affidavit charging Gieswein with a number of federal charges including assault on a federal officer, destruction of government property, obstruction of an official proceeding, entry to a restricted building or grounds, violent entry/disorderly conduct, and aiding and abetting. Then last Monday, a residence in Woodland Park was raided by federal officials that was known to be the home of Gieswein’s ex-girlfriend. Gieswein was not at the residence during the raid, but he then turned himself into the Teller County Jail later that afternoon.

Gieswein spent one night in the Teller  County jail before he was transported to a federal holding facility in Denver the next day. After his most recent court hearing, Gieswein will remain incarcerated at the facility in Denver during the entire court process, which requires him to go back to court on Jan. 29. 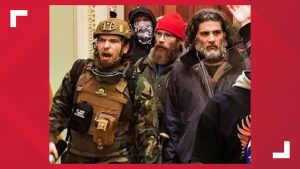 “Gieswein assaulted federal officers outside of the Capitol; observed and encouraged other rioters as they broke a window of the Capitol Building; entered the building through that broken window; and then charged through the Capitol building,” the affidavit said. 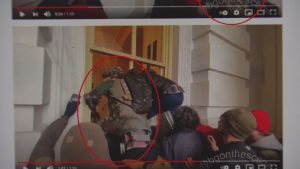 Gieswein was shown in a video with others using a wooden board, and then stolen police shield to break a window into the Capitol building. The pictures in the arrest affidavit then showed him force his way into the building while wielding a baseball bat. The affidavit also said that he was seen holding a can of bear spray.  Authorities believe he and possibly sprayed federal officers. 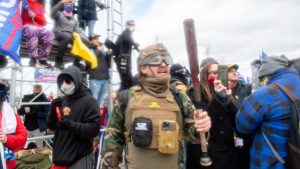 According to the document, Gieswein was interviewed on video before the riots where he said, “What we need to do, is we need to get the corrupt politicians that have been in office for 50-60 years, that have been destroying our country and selling it to the Middle East and Israel out of office and they need to be imprisoned.”

When a news reporter asked what his message to Congress was, he replied, “That they need to get the corrupt politicians out of office. Pelosi, the Clintons, all of… every single one of them, Biden Kamala… they have completely destroyed our country and sold them to the Rothchilds and Rockefellers.” 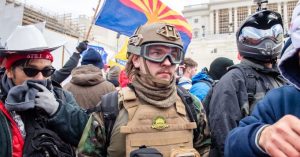 Gieswein was a familiar figure at local pro-gun and constitutional rights protests.

During a Second Amendment gun march in March 2018 in Woodland Park, partially organized and led by Gieswein who was seen carrying an assault rifle, he told TMJ News, “They need to be sympathetic of the family members (impacted by active shooter incidents). They need to figure out that hey, maybe that if that gym teacher that lost his life saving those kids, that maybe if he had an AR-15 maybe he could have saved those kids.”.

According to the federal arrest affidavit, Gieswein was identified by a patch he wore that said “Woodland Wild Dogs,” which is a local paramilitary training organization. Gieswein was a leading member of the group. Pictures also connected him to the “Three Percenters,” which is a nationwide anti-government militia group that is closely aligned to a far-right wing militia group called the “Oath Keepers.”

Prosecutors said in court on Friday that before he turned himself in, Gieswein destroyed all of the clothing he was wearing during the riots, deleted all of his websites and social media accounts, and then claimed that he lost his cell phone. The missing pieces of evidence have still not been recovered.

During the hearing, Judge Varholak pointed out that there were deaths during the riot, but that Gieswein was not directly being implicated in any of them. “Five people died,” the judge said. “The actions of the mob led to that result.”

According to 9News Denver, “At the end of the hearing, Gieswein could be heard weeping while talking with his attorney.”

Click here to watch the video of the TMJ interview with “Machine Gun Bobby.”