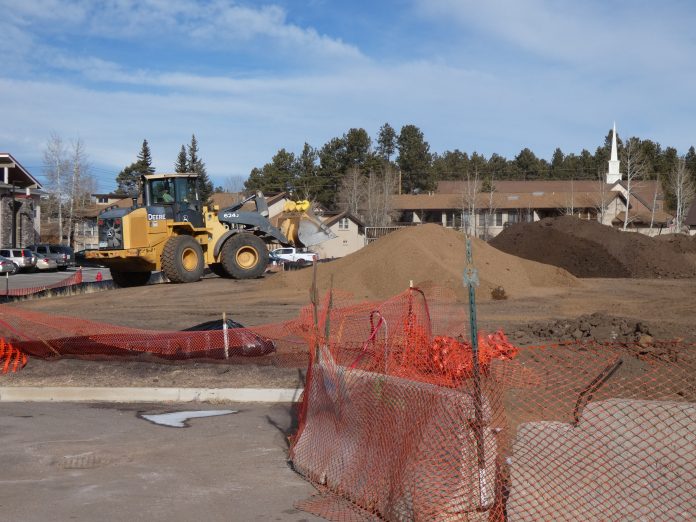 Habitat for Humanity of Teller County recently broke ground on the biggest and most ambitious workforce housing project they have pursued in the local area.

Their new 18-family complex is now under construction, and the dirt work is currently being completed. It emerged as a finalist in a national Habitat competition. 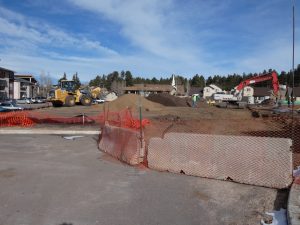 The project will be completed in several stages with the first families moving sometime in the mid to late summer. Once the first set of homes get constructed, a new set of townhomes will start and the last few will not be completed for two to three years.

The complex will have its own driveway and other amenities including a community garden. The organization plans to bring in an expert in community gardens and educate the homeowners on how to operate it. There are also plans for a private park and pavilion to be constructed on a piece of property next to the complex.

The new Trailhead Townhome complex is located in Woodland Park at the Hwy. 67 and Valley View Drive area, and it is being designed as a workforce housing project. Instead of offering the homes to those in the low-income category, the project is aimed at anyone who works in the area and makes between 60 and 80 percent of the county’s median income.

Workforce Housing With a Neighborhood Approach

According to local  Habitat for Humanity Executive Director Keith Meier, the project adds housing that is hard to find within the county. “It’s for workforce housing, not low income,” Meier said. “So, it’s oriented towards teachers, first responders, firemen, policemen, restaurant managers, Walmart employees or wherever. To be a Habitat buyer you have to have been in the community for at least a year and you have to have been working in the community which is Teller County. And then you have to income qualify. It is just like you or I buying a house, except we sell them at a lower price to people who don’t earn as much as the average person.”

Those who qualify also have to put in sweat equity hours where they help the construction team build their own houses. Families must put in a total of 400 hours and single people must contribute 300 hours. 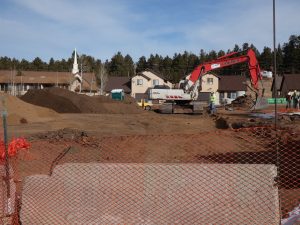 As a part of the process, the home buyers must also attend training seminars that teach them about being homeowners. The organization brings in experts in a variety of fields to teach the homeowners how to do things like fix holes in their drywall or replace a doorknob. The educational part of the program also teaches them about how mortgages and homeowners’ insurance works.

The local Habitat group has built several other single homes in the county and most recently the Clocktower project located near the Woodland Park Library, but none of them have reached the status of what the Trailhead Townhomes will offer.

“This is a really unique project through Habitat overall,” Meier said. “We were finalists in a national competition within Habitat on this project, partly because of the approach of building a neighborhood and not just one house. We are actually building a neighborhood of 18 homes. We are taking that neighborhood concept instead of just building a single house here and there like most Habitat (projects) do. The other thing is that these are super energy efficient.”

Meier said that the homes will be designed with foam blocks that have concrete inside them, making them last longer than other methods of construction. The homes will feature homes with window overhangs, so they will not let as much light in on hot summer days. The windows are also situated, so that they let in more light during cold days.

All of the roofs will also be built so that solar panels can be attached, thus reducing the homeowner’s electricity bill. “Every dollar we can save them on their utility bills, gives them the ability to pay more for their mortgage,” Meier said. “What they can afford is all of that combined so if you pay less here than you can afford more there. So, we are able to put higher quality into these because they are so energy efficient. The way these are designed is really unique. It really is the way we should be designing houses going forward in this country. It’s just a whole new concept of not only handling space but with the energy efficiency piece.”

Meier also said that with the concrete walls the townhomes will be durable and last much longer. He said that some low-income housing complexes are built with less durable materials that cause problems after a few years. However, with the way the Trailhead units are designed, maintenance costs will be minimal.

“It’s been proven that if a family owns a home instead of renting and moving around all the time and they have a stable environment, then 58 percent  of the kids are more likely to graduate high school,” the executive director said. “If you live in a home like we are designing then you have more money for books and food and clothes and other things because we are building them so efficiently and they don’t cost that much. It’s more than just housing it’s really a solution on a much greater scale for hard working people who just don’t make a lot of money. There are a lot of professions out there that don’t pay that much.”

Interest is strong in the project, according to local Habitat leaders.

Currently the organization has received 11 applications for the Trailhead units and five families have been approved so far. Anyone who wishes to apply for one of the townhomes can do so at Habitat for Humanity’s new office location in the lower level of the Brazenhead Marketplace on Hwy. 24 on the west side of Woodland Park.