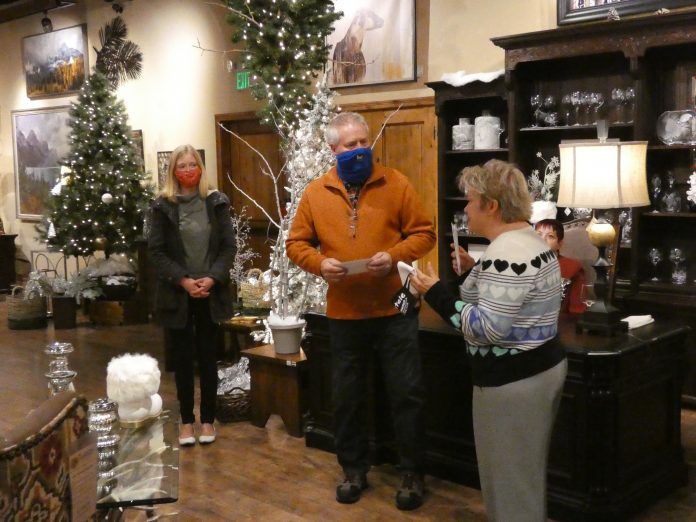 During the coronavirus pandemic that  struck the nation last year, many events across the country where people gathered publicly, received the axe.

Unfortunately, this national trend was even  more pronounced for the holiday season and for the early part of 2021,  a development that had big impacts locally. Many of our famed festivals and events disappeared from the calendar altogether due to the pandemic. 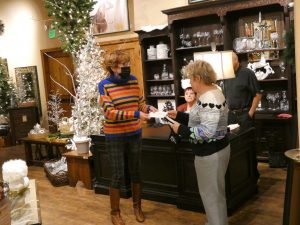 However, one popular exception was the Tweed’s Holiday Home Tour. Organizers for the Home Tour figured out how to still have their fundraising gala with a few changes, but retain the traditional spirit of the event. Better yet, Home Tour organizers succeeded in raising a hefty amount of money that benefited nonprofit groups in need. The tour’s participants wanted to still welcome people into their houses during the holiday season, so the group decided to put on the event despite coronavirus restrictions.

According to tour chairperson Karolyn Smith, the tour went on but it ran differently than before. “The first thing we did was contact the Teller County Health Department,” Smith said. “We gave them what we thought was a good plan and had them comment back. The main part to that included limiting the number of tickets that we could sell to 400. We actually sold over 500 the year before so that was a pretty good monetary concession. Then we divided it into four segments and people had to pick what segment they wanted. We had a morning and afternoon session on Saturday and Sunday and we had to limit it to 100 people per session.”

The tour organizers cut back on their hosts so that they could accommodate more guests. They also had to take out the musical portion of the tour because they could not have people singing.

The group also provided hand sanitizer, additional signage, masks, and disposal gloves through COVID relief funds provided by the city of Woodland Park. The funds provided to the tour also enabled them to create a virtual tour for the first time.

Since the tour had a smaller budget this year, they had to cut out some of their money dedicated to promoting the tour. The tour also offered business a discount to sponsor the event, but according to Smith, many of the businesses paid the full price anyways.

The tour had just as many houses that participated as they did in the past with six homes, plus their hospitality house and Tweeds Fine Furnishings. Overall, Smith said that the tour sold about 230 tickets in 2020. And even though the number of tickets sold was less, they were still able to raise a good portion of money to give away to local charities. 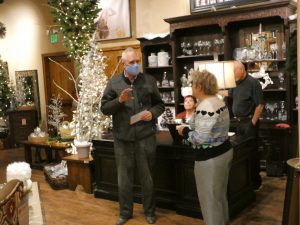 The tour was able to raise more than $10,000 in 2020, which was only about $1,400 less than they raised the previous year. Tweeds hosted an event where checks were given to a handful of local charities. The Ute Pass Symphony Guild, the Teller Senior Coalition, the Woodland Park Senior Organization, Habitat for Humanity of Teller County, and the Woodland Park Players all received a portion of the $10,000 raised.

Last year marked the 22nd year the Woodland Park Holiday Home Tour. “All I can say is how thankful we are to the people that did support the tour,” the tour chairperson said. “We had a lot of individuals that supported the tour. And as always Tweeds is a wonderful presenting sponsor. I think IREA is our longest sponsor they have been with us the most consecutive years.”