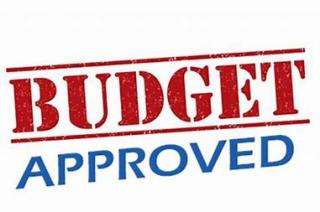 After months of special meetings and debate, the Woodland Park City Council passed the 2021 budget at last week’s regular meeting.

And despite all the squabbles about spending reductions and cuts in service, the elected leaders actually signed off on a slight total fiscal hike from 2020. However, its nuts and bold general fund will decrease a tiny bit.

There are two ordinances that were approved last week by a 4-3 vote that focus on the 2021 budget.

Ordinances 1386,appropriates sums of money dealing with the general fund, encompassing most city departments.  Ordinance 1387, meanwhile, focuses on sums of money for other funds, including capital improvements and future grants.

Funds going to things other than the general fund are $11.3 million. These funds were approved by ordinance 1387. Here, there was an increase in the funding over the 2020 budget.

Included in the funds under ordinance 1387 are funding for grants, the Downtown Development Authority (DDA), and funds for culture and recreation, streets and capital improvement projects, storm water management, and the wastewater utility enterprise.

However, budget cuts occurred in the areas of  culture and recreation and  the wastewater utility enterprise And the biggest cut was delivered to the storm water management fund, which took a 66.5-percent cut.

The passage of both ordinances was not without dissent and debate. Councilmembers, Kellie Case, Rusty Neal, and Mayor Pro Tem Hilary LaBarre voted against both ordinances. Case justified her no vote by stating, “We have spent four -months plus with work sessions, and meetings working through line by line, page by page of this budget. And last minute, a lot of that went out the window and a raft of changes were made.”

Case expressed her displeasure with those dealings, “I don’t appreciate that. We came to a consensus and last minute there were changes.”

Neal noted his opposition to the ordinances. He stated he had received a phone call from a constituent who also complained about the way changes were made at the last moment.

LaBarre did not comment, but agreed with both Neal and Case. A major objection of both LaBarre and Case was funding for the DDA.

In the end, Mayor Val Carr made it clear there will be no reductions in services to the community with the 2021 budget.