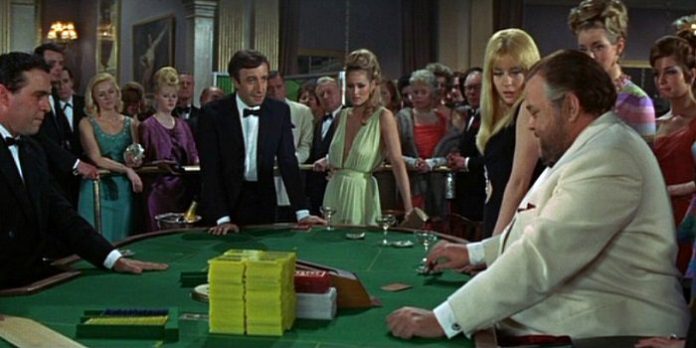 It’s now official, so make your bet and don’t worry about limits.

Last week, the city of Cripple Creek joined  Black Hawk and Central City in giving the final okay to no limits on single bets at local casinos, along with allowing for a hefty lineup of new games. The new adjustment will definitely up the ante for table games and could bring in more “High Rollers” to the community.

Big betters may now spend more time in Cripple Creek, instead of taking extensive trips to Las Vegas and other national gaming destinations.

With absolutely no delay, the council last week approved the betting and new game adjustments by unanimously passing a pro-gambling ordinance.

The changes are part of Amendment 77, approved by voters in  Colorado by a nearly 60 percent margin and an even more convincing rate locally. The amendment had to get approved by voters locally and at the state level. In fact, the bar was quite high for state approval, as 55 percent of the total votes had to  favor the plan to do away with the current gaming limits and add more games.

Colorado had been one of only two states in the country that imposed limits on the cap of single-bet wagers at local casinos.

During last week’s council meeting, Interim City Administrator Ray White stated that the new rules had been reviewed by the both the state and local gaming associations and by Cripple Creek casino operators.

Under Amendment 77, elected leaders in the Colorado gaming communities were given the go-ahead to do away with the $100 limits on single-bet wagers and to add new games. Town leaders could have upped the limits to a set amount or have unlimited wagers, period. The latter course is the direction taken by elected officials in the three gaming towns.

White also told the council that the timing of the changes would go into effect at the beginning of May. That’s when Amendment 77, considered a game changer in the three gaming communities, becomes a reality. “We are trying to stay ahead of the game,” said White, at last week’s meeting.

Better yet, the timing could serve as an ace card for Cripple Creek, as the coronavirus epidemic could partially end by that time, or at least get under control, with the arrival of an anti-COVID-19 vaccine. At least, that’s the hope of local officials.

In a previous interview, White conceded that this timing could work out well for Cripple Creek. Also, by the time Amendment 77 becomes a reality, the town could see one of its major new casino/hotels up and running. Plus, more plans could get finalized for other major lodging projects.

The advent of new lodging amenities, coupled with Amendment 77, are being touted by elected leaders as a winning combination to turn Cripple Creek more into a destination area.

This development couldn’t happen fast enough, as the town has gotten clobbered by the coronavirus epidemic, with the city being forced to cancel nearly all of its special events for 2021, including the extremely popular Ice Fest in February. The city council recently approved the leanest annual budget in 25 years, with the fiscal axe slicing expenses by nearly 30 percent compared to 2020.

The bad news is that more positive COVID cases are hitting the area. Harris said that the Cripple Creek area has now experienced close to 50 cases, with a good portion occurring in the last month. According to Harris, the area has experienced a 29 percent increase in its COVID activity during November, with several outbreak locations.

However, Harris told the council that Teller County, unlike neighboring El Paso County, is still allowed to operate at a Level Orange. This designation permits in-door dining and limited casino operations to occur. “We hope that train continues,” said White.

The Cripple Creek administrator indicated that a meeting will occur between county leaders and representatives of the Colorado Department of Public Health and Environment this week to further evaluate Teller’s situation.