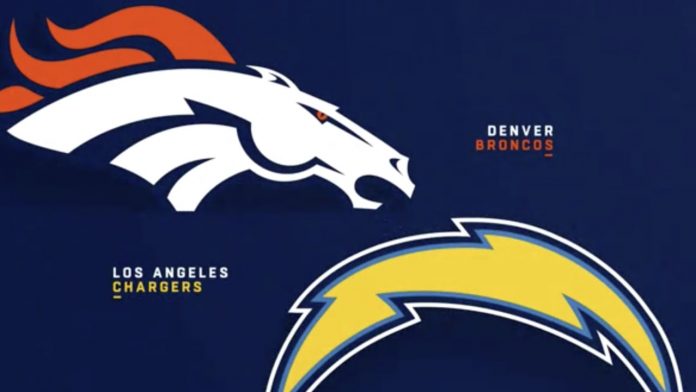 This Sunda,y the Denver Broncos travel to the land of swimming pools and movie stars to square off against the Los Angeles Chargers, in a battle for the basement of the AFC West.

Last week, the Chargers beat division rival Las Vegas Raiders 30-27 in overtime. This is the Chargers’ second win in a row. They beat the Atlanta Falcons the previous week, 20-17. What we’re seeing from the Chargers is a turnabout of ways from the early season Chargers. Earlier in the season, the Chargers lost close games in the fourth quarter. Now they are winning those close games.

Chargers’ Quarterback Justin Herbert is an up-and-coming star in Charger country. He has a rifle for an arm and can scramble well when he needs to. Against the Raiders last week, he threw 22-32, for 314 yards and no interceptions. He spreads the ball around to all his receivers and backs by having a great eye for the open guy. Fortunately for the Broncos, the Chargers’ hottest hand in the receiver corp., Keenun Allen, is out for the season.

Herbert’s favorite receivers are wide out Jaylon Guyton and tight end Hunter Henry. Combined those two racked up 126-yards receiving and two touchdowns against the Raiders. Herbert rounded out his passing to seven other receivers last week.

The Chargers’ favorite ground pounder is Austin Ekeler. Ekeler rushed for 60-yards on 13 carries last week. He is averaging 4.7-yards per carry this season.

The Charger offensive line is stout too. They allowed only one sack of Herbert from the pass rush hungry Raiders last week. Watch for Herbert to try to exploit the battered Bronco secondary.

Where the Chargers are weakest is area they once dominated. Perhaps one of the NFL’s best pass rushing duo, Melvin Ingram and Joey Bosa, are both injured. Ingram is out for the season and Bosa has been nursing a shin injury, and last week suffered a concussion. It is not known at this time if Bosa will be able to play against the Broncos.

The Chargers’ strongest point on defense is their secondary. They have 6 players with a Pro Football Focus rating of over 100, including one former Bronco, Chris Harris Jr.

How does this all stack up against the Broncos?

Last week, the Broncos got spanked badly by the playoff bound Buffalo Bills. Maybe spanked isn’t a strong enough word. They were humiliated, 48-19. Fortunately, the Chargers are nowhere as good as the Bills.

The Broncos’ game plan last week was to run the ball, and they did a fair job of doing that. Phillip Lindsay and Melvin Gordon combined for 99-yards rushing and Gordon rushed for two touchdowns. Don’t expect much change in the plan this week. The Broncos will continue to run the ball plenty.

The theory is that when the rushing game is working, it opens up the passing game by forcing the safeties to move up to stop the run. This in turn opens up the middle of the field for big plays. We saw that in the Broncos ‘win against the Panthers in week 15.

With Ingram (and maybe Bosa) out this week the Bronco offensive line should give Drew Lock time in the run and passing game. Look for Lock to utilize the short passing game when the Chargers are playing two deep safeties, and when they move up to stop the run, Lock will unload the deep ball to KJ Hamler, Tim Patrick, and Jerry Jeudy. Noah Fant, Lindsay, and Gordon will handle the short passing game.

TMJ Pick: Bottom line is that the Chargers are feeling pretty good about winning their last two games, but the Broncos are going to be revved up after being humiliated last week. The Bronco defense will be flying all over the place and Lock and the offense will take what the Chargers give them. This will be a low scoring game with the Broncos winning the dog fight. 21-14.