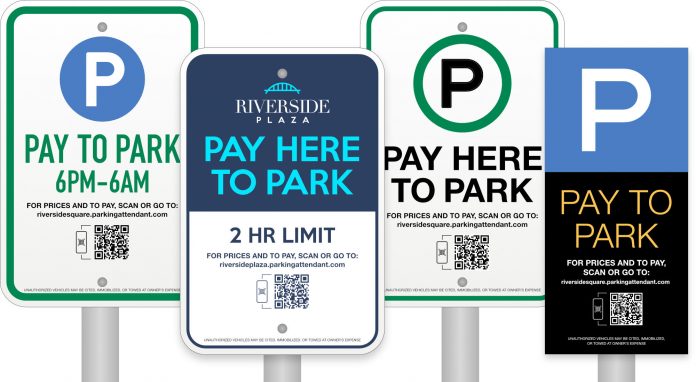 The first preliminary debut of a possible paid parking system in Green Mountain Falls to better manage visitor traffic got the thumbs-down from a group of residents partaking in a virtual community meeting last week.

Concerns were voiced about following in the footsteps of Manitou Springs, where meter parking turned into an initial disaster.  Plus, some viewed this idea as bad for business and a detriment to the town’s image.

However, the idea of better signage and an improved way to direct visitors to trailheads in the Ute Pass community  received a 100 percent solid endorsement.

Since the coronavirus epidemic, the GMF area has been invaded by hikers and recreation buffs who view the area as a hidden outdoor trails gem. This has resulted in occasional conflicts between hikers and residents, since most trailheads are located in residential areas.  Better trail management and hiker education are goals town leaders have advocated for several months.

Although vetoing, the idea of forcing visitors to open their  wallet in order to publicly park in GMF,  the possibility of generating a minimum of $85,000 a year from these fees turned a few heads and commanded much attention at last week’s meeting.

The GMF community verdict will be released early next year, pending the results of a new survey, dealing with such issues as parking, signage and trail use. Citizens have until Jan. 19 to complete the questionnaire, available on the town’s website. Eventually, a more comprehensive plan will be developed. This project stems from the formation of a task force, formed in late September, to study these issues. The idea also was mentioned in a comprehensive master plan adopted in 2019.

Last Tuesday, town leaders and the task force coordinators got an early dose of community input. The main person heading up the project is Jonathan Cain, the assistant city administrator for Idaho Springs. “Parking has been difficult to find (in GMF during the summer),” said Cain, who outlined the project and the early task force work and the preliminary interviews.” We will build a plan…Managed parking could be paid parking. Revenue is important to think about.”

The project consultant estimated that a paid parking system in GMF could generate between $85,000 and $160,000 a year. That’s not a shabby amount for a town lacking in funds.

Besides parking, he cited problems with signage and access to the trailheads.

Not Repeating the Disaster of Manitou Springs

From the get-go, resident input favored better signage but not paid parking.

“Paid parking is a mistake,” said Rocco Blasi, a former member of the planning commission and chairman of a local trails group. Instead, he believes the town has a major signage problem.

He cited paid parking as a real detriment to local businesses, and mentioned the difficulties that Manitou Springs experienced, when they started meter parking about five years ago

Other forum participants echoed similar sentiments. “I do not want to see paid parking in Green Mountain Falls,” said resident Judith Piazza. “It almost disenfranchises people. They feel separated from the town (with paid parking).”

“Our number one problem is enforcement,” said Lamar Mathews, a member of the planning commission, who lives near one of the trailheads. “I have never experienced a problem with tourists.  The main problem is parking at trailheads.”

David Douglas, a member of the fire mitigation committee, agreed. At the same time, he lauded the community project survey and future plan, aimed at tackling this issue. “I see it as an opportunity.”

Another resident who publicly spoke, Jay Kita, mentioned visitor confusion as the main problem with tourists and recreation-buffs frequenting GMF to explore trails.  “There is really a lack of information. We do  not have reference points,” said Kita.  The resident cited the recurring image of visitors appearing quite lost as they cruise through the residential sections of town, inquiring about trail access and parking availability.

However, not everyone speaking publicly at the community forum was totally against the idea of paid  parking. Jesse Stroope, a key representative of the Historic Green Mountain Falls Foundation and the Green Box Arts group, reminded residents and town leaders that the forthcoming James Turrell Skyspace artistic installation and attraction (a byproduct of the Red Devil Mountain and former Joyland Church annexation parcels) are being brought into the area to “improve Green Mountain Falls” as part of a way to generate more tourism and art opportunities.  And to  facilitate these improvements, then maybe paid parking could help enhance these activities, suggested Stroope.  He noted that paid parking for the new attraction is almost expected among future visitors. “The overall plan is very important,” said Stroope.

Cain expressed similar views. He said paid parking fared quite well in Idaho Springs, which he said has some similarities with Green Mountain Falls. At the same time, he noted, “Paid parking is not right for everyone.”

But Cain didn’t really present any specifics regarding the possible paid parking system plan in Green Mountain Falls, such as meters or certain designated areas. He continued to stress that the program could conservatively generate between $85,000 and $165,000 a year.

Based on the town’s limited revenue funds, he contended that this money could come in handy.

Another hot subject at the forum included trailhead consolidation.

Once the survey results are analyzed and more interviews are conducted, Cain will develop a draft plan to be presented at a future community forum, slated for the winter or early spring of 2021. In the meantime, residents are encouraged to participate in the survey.