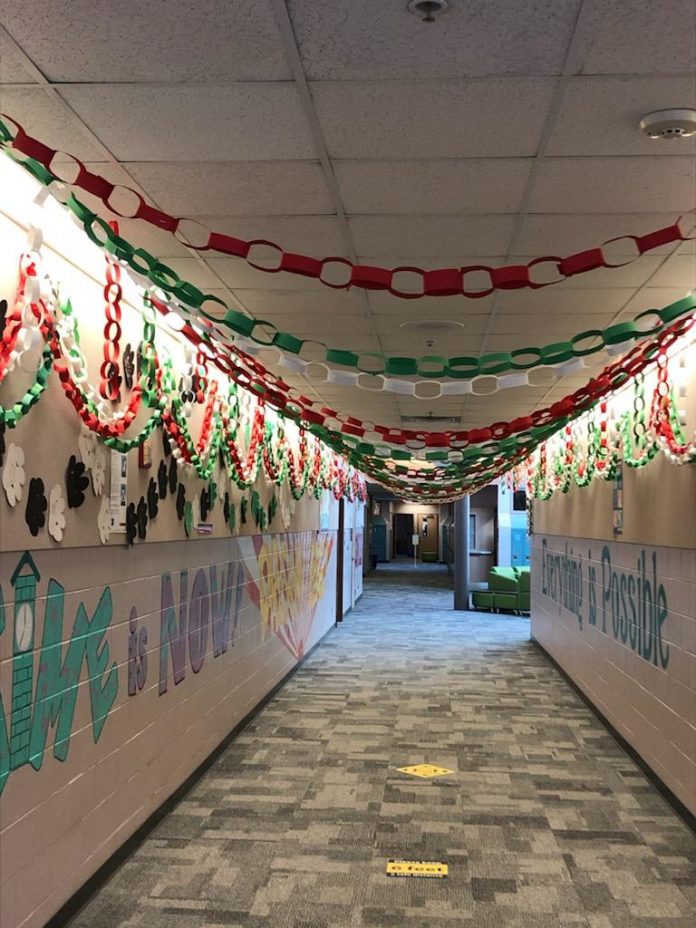 Every year the Woodland Park Middle School holds a special fundraiser to provide gifts to families in need.

During the Christmas season, the school hosts the Holiday Chain Reaction fundraiser during which students can purchase one link for ten cents. The links then get hung up across the school to decorate the halls.

According to WP Middle School Principal Yvonne Goings, the school has raised more money this year than ever before. “We typically raise maybe between $700 and $900,” Goings said. “Last year we only raised about $400 but this year we are at $2,000. It brings tears to my eyes because we don’t even have the same number of kids that we usually have.”

Once the fundraiser officially ended last week, the final total raised was more than $2,400. During the rough times of 2020, the middle school students set a record for the most money they have donated to help their peers. 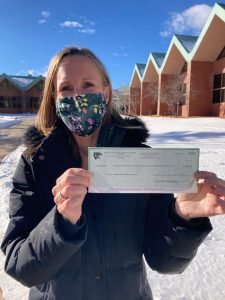 The money the kids donate goes back to students who attend the school. “We have our hallways decorated with red, green and white chains and it is just beautiful and heart-warming,” Goings said. “I just want to give some credit to our community for that. We typically keep all of the money that we get to buy Christmas presents and buy gift cards for our families in need. But this year because of COVID we can’t do that, so we are giving 75 percent of what we make to Community Partnership and then keeping 25 percent to help our families throughout the rest of the year. It’s just overwhelming what they have done this year.”

The principal also said that since the students were so generous this year, they have had more links to hang up. The “holiday chain” this year is stretched further across their hallways, and school staff has had to get creative to figure out where to hang the extra links. That’s a good problem to have.

To get the donations, the kids didn’t go door to door.  Goings said that some of the donations came from family members and parents, but many of the kids donate their own money. “Some of them may have asked some families members, but some of them literally bring up their piggy bank and dump it out,” the principal said. “It’s crazy because some of the kids that are giving are actually going to be the ones receiving gifts.”

The money that does not go to Community Partnership for Christmas gifts will be used by the school to provide further financial support for families. “If we get more donations after Christmas, they will go into our counseling account,” Goings said. “Then when families need help throughout the year ,we give it to them. For example, a family might need a gas card to get to an appointment or they just need a Walmart card or something for food because their paycheck is a week away.”

Currently the school district has received multiple grants to help parents during these tough times. The district has also helped certain families by providing internet or cell phones that have hot spots to connect to the internet for families in need so that their students can participate in remote learning.