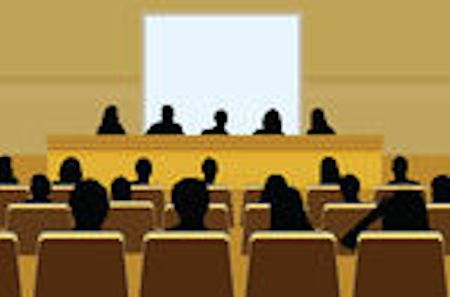 Stephanie Alfieri, a long-time community member, was sworn in last week as the newest member of the Woodland Park city council, following her Nov. 3 election victory.

Her initiation at the Dec. 5 meeting, though, was immediately met with difficulty.

Due to COVID protocols, the meeting was conducted over Zoom, posing some technical challenges. Alfieri had difficulty navigating the software to get her microphone turned on to take the oath of office. Councilman Rusty Neal had to walk her through the steps, so she could be heard.

This was just the beginning of her introduction to life on council. After council returned from executive session, where they discussed the Downtown Development Authority’s (DDA) dealings with Woodland Station, Alfieri was confronted with concerns by Neal. He alleged that her personal relationship with DDA Treasurer Tanner Coy would cloud her impartiality on matters concerning the DDA.

Mayor Val Carr interrupted Neal in mid-sentence, but it was too late. The cat was out

of the bag. This led to the first of several verbal altercations that took place during the meeting.

Neal argued that Alfieri should recuse herself on issues regarding the DDA that come before council on the grounds that it would be perceived as a conflict of interest by the public. Councilman Jim Pfaff countered that without monetary gain, there would be no conflict. This tit for tat argument went on for several minutes with both sides repeating their argument.

City Attorney Jason Meyers chimed in with his take on the matter. He outlined the legal standard for recusal. He agreed with Pfaff that if there is no financial gain, this shouldn’t be a problem. But the attorney did note, “The only time that it might be an issue, where there might be a quasi-judicial matter where a property right involved for an individual and a council member might not have a financial stake, but there could be a potential conflict if a council member couldn’t approach the situation with an open mind.”

At this point, Carr threw the agenda out the window and began discussion on several points regarding budget modifications that he sent to council in an email. This move left those watching the meeting on Zoom with no point of reference as to what was being discussed. The issues involved funding for the DDA, Main Street, and the Visitor’s Center.

However, the council still opted to discuss the recusal issue.

Mayor Pro Tem Hilary LaBarre was not finished with the standard for recusal. As the one person on council who has the most notable experience with recusal matters, since her father-in-law is developer Pete LaBarre, she stated, “Yes, it is fiduciary, but it is also stated in the same sentence as ‘appearance’ of impropriety. So, if there is any type of appearance of impropriety it is recommended that you recuse yourself. It is not just fiduciary.”

Eventually the council got back on track. Council took up Ordinance 1386 on initial posting. This ordinance involves appropriating sums of money in the budget to various entities. The ordinance passed and is scheduled for public hearing on December 17.

Council then took up Ordinance 1387 on initial posting, which also involves appropriating sums of money in the budget to various entities including the DDA. During public comment on this, Park State Bank & Trust President Tony Perry made it clear he is against any funding to the DDA, and supports abolishing the organization.

Council then took up an emergency ordinance. Emergency ordinance No. 1388, would impose a temporary moratorium on the application of portions of ordinance 1383 as they relate to the definitions of recreational park trailers and recreational vehicles. This ordinance was the result of months of work by the planning commission and council to fill loopholes in the zoning regulations regarding single family dwellings in multi-family zones.

This sparked another heated debate. The 180-day limit on living in a recreational vehicle was at the heart of the emergency ordinance. As proposed, this would require the owners of campgrounds to kick people out who use an RV as their primary or even temporary living quarters. After the 40-minute debate, the council approved the moratorium unanimously.

In other council news, Woodland Park Assistance City Manager Michael Lawson was approved as the acting city manager.  This will occur until a search for a permanent city manager is  concluded. As a result, Lawson will temporarily take charge as city boss. Darrin Tangeman, who has held this post for the last few years, has accepted a town managerial job in Massachusetts. Lawson will take charge of the city’s operations on Dec. 12.