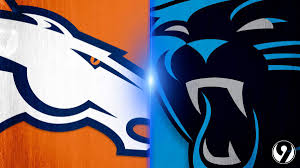 If the Broncos had pulled off the upset and beat the Chiefs last week in Kansas City, I would not be able to write this coming week’s preview. The celebration would still be going on as this column goes to press.

Point of fact, the Broncos played better than expected against the Chiefs on their 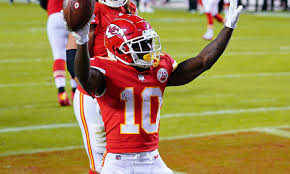 Kansas City turf but failed to make a critical first down that could have led to at least a tie and possibly an overtime win.

Alas, that is how the ball bounces, and with just over two minutes left the Chiefs got the ball and the Broncos never got another chance to make a miracle happen and the Broncos fall to 4-8 on the season.

Next week the Broncos travel to Carolina to play the 4-8 Panthers.

The Panthers enjoyed a bye last week so they will be rested up and home for this match up. Panther’s
Quarterback Teddy Bridgewater suffered a knee injury against the Tampa Bay Buccaneers in week 10 and has been sidelined ever since. While Bridgewater was cleared to play against the Lions in week 11 the staff went with P.J. Walker in his place. Walker led the Panthers to a 20-0 shutout of the Lions.

The Panthers do not view the success of quarterback P.J. Walker recently as a spot starter to be a fluke of any sort, and they also believe the former XFL player has a bright future ahead. The Panthers beat out six other teams for the right to sign the passer after the demise of the XFL, league sources said, and coach Matt Rhule chose to play Walker in Week 11 even though starter Teddy Bridgewater was medically cleared to return.

Panther Head Coach Rhule opted to give Bridgewater another week to rest his knee because he was confident that Walker could fare well against the Lions, and he did not disappoint the coach, moving the ball up and down the field all game and going 24-of-34 for 258 yards with a touchdown and two interceptions.

The Panthers have suffered much the same as the Broncos to the injury bug. They lost their most explosive player, Christian McCaffrey. McCaffrey missed six games early in

the season with a high ankle sprain, and he was injured again in Week 9 against the Chiefs when he banged up his shoulder. The Panthers star running back has now missed the last three weeks and Carolina is on its bye this last weekend.

The next possible date that McCaffrey could return to the Panthers lineup is week 14, at home against the Broncos. It’s likely that McCaffrey plays against Denver considering he was practicing last week ahead of the team’s game against Minnesota.

With McCaffrey back the Broncos may have a tough time dealing with him. He is an all-around threat in both the passing and running game.

At this point it is unknown who will quarterback for the Panthers next week. If it’s Bridgewater, he will be more in sync with McCaffrey. If it’s Walker, there may be some lack of chemistry with McCaffrey.

No matter who it is a quarterback next week, this will be a battle between 4-8 teams, already out of the playoff contention. If McCaffrey and Bridgewater play, it could mean trouble for the Broncos.

TMJ Pick: This is a tough one to call, but I have to go with the Broncos on this one. Broncos win 21-14.