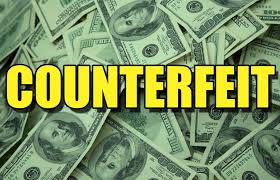 These are the types of incidents that could become more prominent in Teller County, according to law enforcement authorities, especially during the COVID-19 crisis and the holiday season.

Early last week, a joint effort by two local law enforcement agencies foiled a counterfeit money scheme that targeted a number of businesses.  For part of the day, downtown Woodland Park was buzzing with police activity. The Teller County Sheriff’s Office and the Woodland Park Police Department worked together to arrest two suspects on a slew of charges, including an elaborate scheme to rip off businesses with the use  counterfeit money and reports of stolen vehicles.

The incident started when sheriff’s deputies received a call from an attendant at a gas station in Florissant saying that someone had attempted to use counterfeit money to make a purchase. The gas station clerk gave a description of a female driving a white Subaru, and they were able to provide the deputies with a license plate number.

After they responded to the scene, the deputies found out that there was a grey pickup truck towing a trailer that was also involved in the incident. The deputies then notified the Woodland Park Police and told them that the suspects might be in the city limits.

Just before 3 p.m.,  on Dec. 1, the Woodland Park Police located the two vehicles near the Taco Bell in Woodland Park where they had just used a fake $20 bill. Authorities then arrested Stephen McMahon, 39 and Julia Hartman, 25.

Further investigations also revealed the fact that the Subaru had been stolen from Colorado Springs and the pickup truck had been taken from its owner in Longmont. Both suspects were then booked into the Teller County Jail with charges including aggravated motor vehicle theft- a class 4 felony, six counts of forgery- a class 5 felony, and seven counts of criminal possession of a forged instrument- a class 6 felony.

The police also learned that the two suspects had used the fake money at five different business in the area. They were also caught with three of the fake $20 bills on them.

According to Teller County Sheriff Commander Greg Couch, the suspects used fake or “prop” money that they altered to make it look real. “Basically, you can order ‘prop money’ that is roughly or exactly the same size as real money and it mostly looks like real money but there are a couple places where the word ‘prop’, ‘prop only’, or ‘no value’ is printed on it,” Couch explained. “What these people were in possession of had the words that matter scraped off with sand paper. And they did some other things to make it look like real currency. You can buy it from certain retailers and the criminal minds will manipulate it into something it is not.”

The commander also stressed that people taking money need to be cautious. “It’s really easy to catch if you know that you are looking for that,” Couch said. “But I think people get too relaxed in taking money all day if they are a cashier or work at a store. The message I want to get out is to be vigilant against that kind of activity especially during the holiday times because that’s when people are going to be doing this kind of stuff mostly.”

Couch said that it is a good idea to use money pens or a scanner machine if available and that both of those methods would catch this type of fake money. He also said that even taking the time to look at the bill in the light to check for the security strip also would catch fake money like the type these suspects had.

Felon Apprehended After Lengthy Manhunt and the Firing of Shots

Last week the Teller County Sheriff’s Office released more information about the incident regarding Chancey Colwell’s chase with the police last month, reported in the Dec 1 issue of TMJ. Local law enforcement authorities played an active role in the capture of the suspect, a felon on the run who had quite a rap sheet, involving past, violent crimes.

According to Couch, the suspect fled from police in Canon City , following a traffic stop, and then took Shelf Road to the Cripple Creek area.

The sheriff’s deputies were notified at about 9:30 p.m. and they sent numerous deputies on the scene, while Cripple Creek Police and Gaming Enforcement officers blocked off the road, preventing the suspect from entering the more populated parts of the area. The deputies then chased Colwell through the town of Victor while he fired multiple shots at the authorities.

Colwell then crashed his vehicle at Skagway Reservoir and took off on foot into the woods. The police searched for the suspect all night and didn’t see any signs of him, until they noticed smoke coming from an abandoned cabin at 1 p.m. the next day.

As the deputies got closer to the cabin, Colwell then again went running into the woods. The deputies were able to take Colwell into custody after a short foot pursuit and they found a loaded .45 caliber handgun in his waistband. Colwell still sits in the Teller County Jail with a $1 million bond. He faces a spree of charges, including attempted murder.