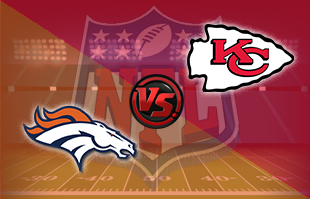 Pending Massacre In the Works; Keep Children In the House

Last week, the Denver Broncos were spanked by the New Orleans Saints AND the NFL (National Football League).

On Saturday, the NFL handed down a decision when the Broncos violated COVID precautions protocols by failing to protect the entire Broncos quarterback squad after Quarterback Jeff Driskel tested positive for the virus. Apparently, the other three 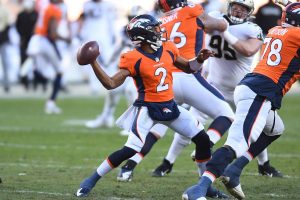 Bronco quarterbacks, Blake Bortles, Drew Lock, and Brett Rypien were reported to be in close contact with Driskel. As punishment for the faux pas, the NFL decided to make all three men ineligible for last week’s game against the Saints.

The Broncos refused to forfeit the game. Instead they appealed the decision and were denied.  According to most insiders and media reports, the game should not have been played and a postponement should have occurred to give the  Broncs a fighting chance.  Many described the Broncos’ predicament as outright bizarre.

As a result, the Broncos were doomed prior to kickoff.

Ultimately, the Broncos pulled Wide Receiver Kendall Hinton off the practice squad to fill in. Hinton played quarterback for four games in college at Wake Forest and went 1-3. He hadn’t thrown a pass since 2015. As might be expected he didn’t fare well last week. Hinton was 1-9 passing and threw 2 interceptions.

The Bronco defense did their best to slow down the Saints, but by the second half they were exhausted. Actually, they hung in there pretty well for much of the first half.

The final was 31-3 Saints, with few positives.

It was as hideous a game as I’ve ever seen.

Next week the Broncos travel to Kansas City to face the 10-1 Chiefs at Arrowhead Stadium.

Last week the Chiefs beat the Tampa Bay Buccaneers 27-24, but the final score was 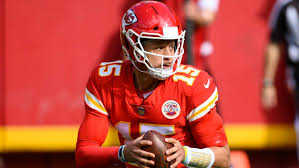 not indicative of the dominance the Chiefs displayed. Chiefs Quarterback Patrick Mahomes threw for 462-yards and three touchdowns.

The Chiefs are undoubtedly the best team in the NFL right now and look like they’re heading to another Super Bowl. Their receiver corps and running backs are tops in the NFL. The Chiefs are 4-1 at home. Their only loss came against the Las Vegas Raiders in a game where Raiders Quarterback Derek Carr had what was likely the best game of his career. It would be nothing short of a miracle for the Broncos to beat the Chiefs on their home turf.

TMJ Pick: At least the Broncos will have Drew Lock back at quarterback. Miracles do happen but don’t look for one next week. The Broncos fall to the Chiefs 34-14.