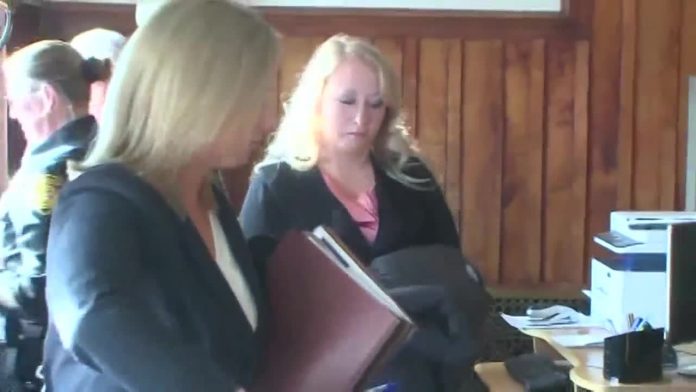 Krystal Kenney Lee, the woman who helped convicted killer Patrick Frazee clean up his gruesome murder scene in Woodland Park, after he bludgeoned his former fiancée Kelsey Berreth to death with a baseball bat, stood in front of the parole board last week and asked for leniency in getting released from jail.

But her plea fell short.

Lee was sentenced last January to three years in prison for tampering with evidence. According  to  news reports, she was denied parole last Friday by the board, temporarily halting her latest effort for an early release.

The decision isn’t surprising as the Frazee accomplice has faced an uphill battle to get out of jail, prior to the end of her sentence. She even gained the  nickname “Mistress of Death” by some media outlets, and was frequently attacked by prosecutors, who contend they made a “deal with the Devil,” in agreeing to have Lee serve a small sentence in return for her cooperation in testifying against Frazee. 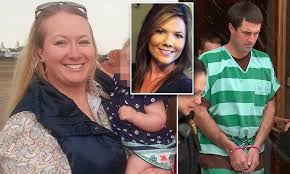 released from the Denver Women’s Correctional Facility, where she is currently being held. However, the parole board denied Lee the chance to get paroled saying that she had exhibited a “poor attitude” while being incarcerated.

Last March, Lee filed a motion to get moved from the prison and put into the state’s community corrections program. Under the program that is separate from parole, some inmates can live in a halfway house to finish their sentence instead of sitting it out in prison.

However, District Attorney Dan May, the lead prosecutor in the case,  quickly fought back and argued against Lee being released after serving only two months of her three-year sentence. “Ms. Kenney deserves to spend every day of her three-year sentence in the Department of Corrections, but we are cognizant of the fact she will not serve that entire sentence, day for day, in the Women’s Correctional Facility,” according to the letter co-signed by May and Senior Deputy District Attorney Jennifer Viehman. “She should, however, serve more than two months.”

May has said several times after the trial that by giving Lee the plea deal, so that she only serves three years behind bars, was “making a deal with the Devil.” Lee’s testimony did, however, secure the conviction of Frazee, which gave the former Florissant rancher life in prison without parole.

Since Lee was denied a chance to get released on parole last week, the next chance she will have to stand in front of the parole board will be around this time next year.

During Lee’s sentencing hearing last January, several of her family members came and spoke up for Lee’s character. The family and friends of Lee said that she has remorse for the brutal murder of Kelsey Berreth, and that her actions were out of character.  But at the same time, her defenders contended that Lee feared for her life.

Her family members also said that she would embrace her time in prison, and work towards doing good things while she was incarcerated. They mentioned that she 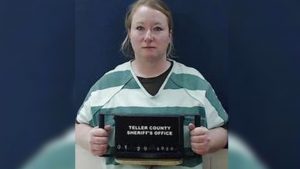 wanted to work with other inmates and possibly figure out how to start up a horse program within the prison.

Despite the support from her family members, the judge still gave Lee the longest sentence he could under the plea agreement of three years. However, many members of the community say that Lee’s sentence was too short for the crimes she committed.

Some have even argued that Lee could have saved Berreth’s life if she would have come forward to authorities sooner. On top of cleaning up the crime scene, Lee also said during her testimony that Frazee tried to get her to murder Berreth on three different occasions. These failed attempts occurred a few months before the actual homicide took place.  The horrific killing was done by Frazee inside Berreth’s town home in Woodland Park, according to prosecutors.

Lee also helped Frazee retrieve Berreth’s body from a barn and then burn it on the murderer’s ranch property. After they burned the body, Lee followed Frazee’s orders to take Berreth’s cell phone with her to Idaho, so it would look like Berreth left on her own accord. Lee then destroyed the cell phone and gave Berreth’s gun to one of her friends.

Another factor working against Lee was that she also initially lied to the FBI, when she was first contacted by them and told the authorities that she only knew Frazee through a past cattle sale. The FBI didn’t find out she was lying until they contacted her ex-husband who spoiled her original story. Once Lee found out that the FBI questioned her original story, she called a lawyer that secured her the plea deal before she was willing to talk to the police.

The prosecutors say they were forced to make a deal with Lee due to the fact that Berreth’s body was never found, and the lack of concrete evidence that linked Frazee to the killing.