If you want to conduct business with the city of  Cripple Creek, call, email or use necessary online services; but don’t stop by.

The city government, except for essential services, is essentially closed, as the town government braces for a possible county-wide code red designation, which is not a pretty color when it comes to COVID-19 ratings.

As of press time, the county was still on a Level Orange (at-risk) designation.

According to Interim Cripple Creek  City Administrator Ray White, many departments have been temporarily closed, such as parks and recreation, marketing and special events, the Butte Theater, heritage tourism, planning/development and more.

“All non-essential offices have been closed,” said the administrator. As a result, the only departments functioning now are police, fire and public works (on a staggered shift), along with the administration, human resources and clerk’s office, on a limited basis.

No employees, though, have been furloughed, or terminated, according to the administrator.

“We are just trying to minimize our exposure,” said White, who stressed that the city 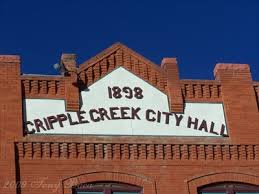 He stated that citizens and individuals could contact the city, via the phone or by email, to arrange an appointment, if they had a specific concern. In most cases, these concerns could be resolved online or without person-to-person contact, stressed White.

As for government meetings, they will now be completely handled virtually, with no public attendance permitted. During the early stages of COVID, the council meetings did permit a limited number of attendees, and citizens were asked to call the clerk’s office if they wanted to attend.

The long-term picture is that Cripple Creek may be facing a financial crisis, if the state imposes more restrictions, such as a Level Red (severe-risk) designation.  “We are just keeping our fingers crossed,” said the administrator.

Under Level Red, casinos would be mandated to close and all in-door dining would be prohibited, along with the imposition of stringent business occupancy reduction levels.

This could lead to severe, crippling budget reductions for Cripple Creek, beyond the current 2021 fiscal blueprint, the smallest budget in 25 years.

At issue is the situation with the casinos, as the device fees they are assessed represent the main funding mechanism for the city. During the previous casino 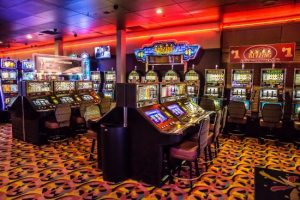 closure, the city had to slice its expenses by more than $2.2 million.

Elected leaders and officials say that another casino closure period could devastate the local economy. “This could wipe Cripple Creek off the map,” said one elected leader.

According to Teller County Commission Vice-chairman Bob Campbell, the board is scheduled to meet with representatives of the casino industry this week to discuss its next move.

If a red designation occurs, leaders could make a plea with the state’s Department of Public Health and Environment to allow the gaming establishments to remain open, which affects a workforce of close to 2,000 people, on a limited basis.

But under the new state system, variances from counties are frowned on, as a new color-code classification has been implemented.

As of press time, the county was still under  a Level Orange watch. “We are holding steady,” said Commission Chairman Marc Dettenrieder.  At the same time, he cited the designation of neighboring El Paso County to a Level Red zone as quite concerning.

Officials conceded their COVID case numbers, similar to other parts of the country, are escalating way too fast. The county has recorded about 216 cases over the last 14 days, and is sometimes experiencing  20-plus positive  COVID infections on a daily basis.

Campbell said the high positive COVID numbers and the positive rate of infections, among those tested, are the main hurdles it faces from a regulatory standpoint, Ideally, he said the county needs to cut its COVID volume in half on a daily average to get off the state’s severe-risk radar.

“We are trending in the wrong direction,” stated White, who admitted the county’s positive COVID numbers rank it more as a Level Red area.

On Black Friday, business and traffic along U.S. Hwy. 24 in Woodland Park, appeared quite bullish, with few signs of a letdown in activity. The Walmart parking lots was packed.

On a sad note, White stated that southern Teller has recorded a very small percentage of the COVID numbers, with most cases stemming from the  Woodland Park area. “The casinos have really done an exemplary job,” said White. Only a few cases have been traced to the gaming community and  Cripple Creek, and response to these has been outstanding, noted the Cripple Creek administrator.

He quipped that its too bad southern Teller can’t form its own county.

Lack of Input From Counties

The entire COVID situation has frustrated county officials.  Campbell said the new standards have not been applied “across the board,” with some counties receiving little scrutiny, such as Gilpin.

“There is not a lot of discussion,” said the commissioner. “It is very frustrating.”

He indicated that CDPHE officials appeared to communicate with Teller much better in the spring and early summer, prior to the color-coded designation system, and responded fairly to variance requests.

Now, he said they are experiencing more decisions without input from county officials. “There is not a lot of give and take,” said Campbell.  He indicated the county is just getting orders handed down to them, with little chance to respond.

Regardless, county elected leaders will continue to go to bat big-time for the casino industry, regarding what type of designation they receive.

The main position of county leaders is that mandatory restriction aren’t really the answer in addressing the COVID crisis, as the restrictions actually make the crisis worst by impacting individuals and businesses severely economically.

Instead, they have argued for the need for more personal and business-operator responsibility in adhering to social distancing requirements and mask mandates.