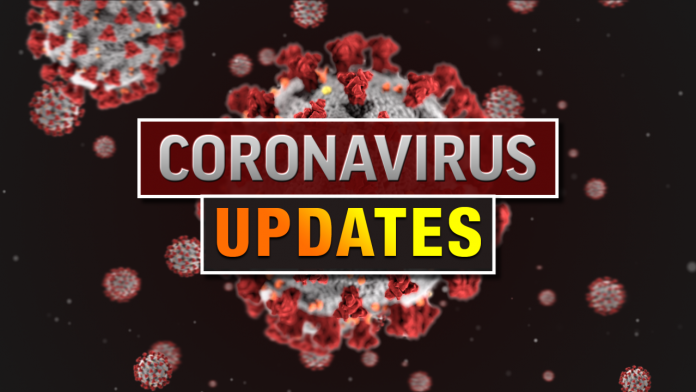 Coronavirus cases are climbing in Teller County and throughout the state, with officials worried that the local High Country could get hit with more restrictions, including business closures.

Local data has shown that the number of confirmed COVID-19 cases are on the rise, with a much higher toll then what we experienced when the pandemic struck last winter.

As of Saturday afternoon, Teller County had recorded 599 confirmed cases but still only had four deaths.

However, the number of new COVID increases runs parallel to other parts of the state. Last week, the county recorded about 20-30 new cases each day and the county has surpassed more than 200 inflictions in a two-week period.

The situation is more dire for neighboring  El Paso County.

Last Friday, due to climbing numbers of new cases and the lack of available ICU (Intensive Care Unit) hospital beds, El Paso County entered the Level Red designation for restrictions. Under this new level, all businesses must close at 8 p.m.;  bars are shut down; and all restaurants are closed to indoor dining and can either seat people outside or offer pickup/delivery. This will have a big impact for eateries in Green Mountain Falls, Cascade and Manitou Springs.

Many local leaders are also concerned that Teller County could be put into Level Red, which would shut down casinos and indoor dining. According to several local officials, since the state has moved into the color-coded dial system,  they have taken away the option for variances. Moreover, some leaders contend that the Colorado Department of Public Health and Environment has not worked as well with county governments as they did last spring and summer, during the early stages of the pandemic.

Local leaders and business operators in Cripple Creek argue that they should be treated differently than the rest of the county, since cases in southern Teller have been quite low. According to the county’s data, 62 percent of the total amount of confirmed cases of the disease have come from Woodland Park and only six  percent have been recorded in Cripple Creek.

As far as outbreaks go, the county has seen a few new locations added to the list, but the numbers were rather small in each place added. The Cripple Creek High School and Middle School had two students and two staff members test positive, while the Cresson Elementary School had one student and one staff member contract the disease.

Two weeks ago, the Cripple Creek/Victor Gold Mine, owned by Newmont, was added to the outbreak list when two cases were traced back to the worksite. According to Newmont’s community relations representative Brad Poulson, the company has been taking several measures to reduce the spread of the disease within its facilities.

“The outbreak at CC&V is an outbreak only by the strictest definition, two or more positive cases in a 14-day period, without regard to the size of the workforce, which at CC&V includes 545 employees and 70 onsite contractors,” Poulson said. “The report noted that the positive COVID-19 cases came from across the total mine site, comprised of 13 separate facilities spread over an area of more than 6,000 acres. CC&V continues our robust COVID-19 prevention protocols, including on-going and frequent communication with all employees, and we file updated reports with the County weekly. While even a single case at CC&V is cause for concern, given the robust screening and contract tracing that has been in place since early March, we remain focused on safely operating our business.”

Last week, the state’s outbreak data reported that the mining company has now experienced a total of 12 people test positive for the novel coronavirus. The mining company remains listed as an active outbreak, and it will stay that way until about three weeks have gone by without a new case being traced to the facility.

County/District Courts Shut Down Until 2021

Last week, the chief judge for the Fourth Judicial District Court, which includes Teller and El Paso counties, announced that the courts will be closed due to COVID-19. The order officially closed the courts last Wednesday, and the order is to stay in effect until January 8, 2021.

The order states that all court proceedings will now take place over the court’s video Webex system, or over the phone. All jury trials are also suspended until sometime next year (previously those still in the middle of trial were allowed to commence.)

The courts will be open to accepting new court filings, and other business that can be conducted virtually. Both courts will still conduct limited hearings on certain public health and safety matters.