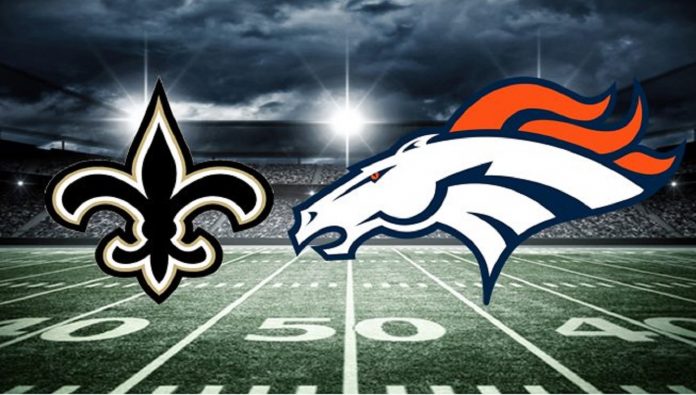 With Star Quarterback Out of Action; Upset Talk Abounding

After a slow start last week, the Denver Broncos beat the odds and the Miami Dolphins last week 20-13.

There were some encouraging signs of life on the Bronco offense, but nothing to get excited about a possible playoff run. The Broncs are now 4-6 on the season.

The good news is they are not in sole possession of last place in the AFC West. The Chargers hold that honor, even after beating the now 0-10 New York Jets. But I digress. 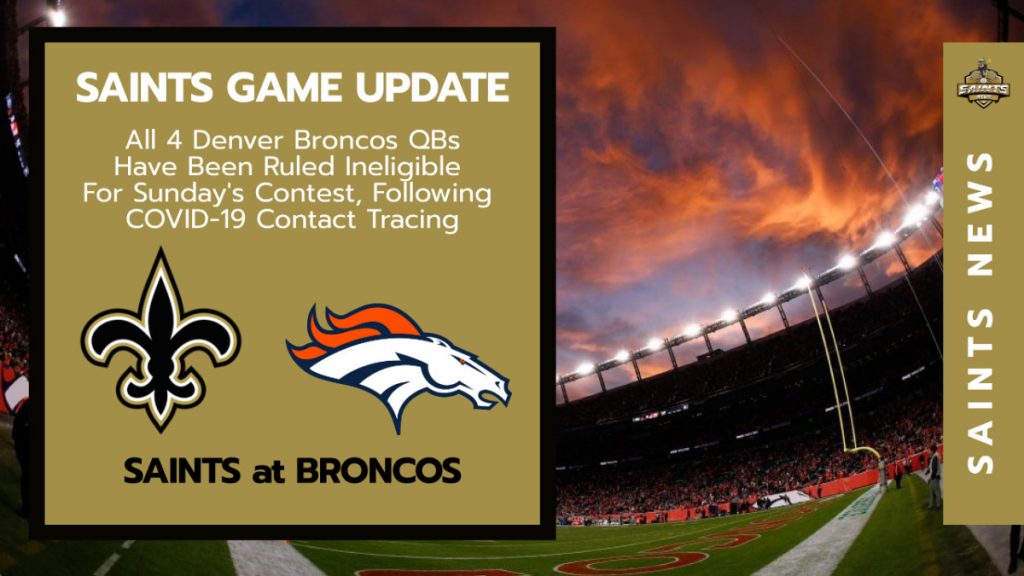 I haven’t talked much in past weeks about the Bronco defense. The entire defensive front line is made up of second stringers, except for Bradley Chubb. The secondary and linebackers are week to week with injuries. Last week the team activated four guys from the practice squad just to fill all the holes in the team.

What I’m saying is that the defense has played as good as any in the NFL when it comes to next-man up and trying to keep the offense in the game. It’s not a good spot to be in when the offense can’t find the end zone.

I could go on about how the Broncos finally scored point in every quarter BUT the fourth, and how that put the Dolphins is a desperate place, but that is how a team plays to win. But I digress again.

The Saints and the name Quarterback Drew Brees have been synonymous for the last decade. In the week nine match-up with the Tampa Bay Buccaneers, Brees suffered 11 rib fractures—eight on his left side and three on his right, including a collapse lung. Yeah. He’s out against the Broncos next week.

Brees’ backup Trayson Hill is filling in for Brees. Hill is known for his part time appearances when the Saints want to mix things up with a little trickery. He usually plays the Wildcat offense in those situations.

Last week against the Atlanta Falcons, Hill played his first full time quarterback game in a long time. The Saints dismantled the Falcons, 24-9. Hill delivered. He came out of the gate throwing long to wide receivers. Hill spread the ball around to receivers, Michael Thomas, ex-Bronco Emanuel Sanders, and Latavius Murray. Thomas had 104-yards on 9 receptions.

Even without throwing a touchdown, Hill fed Running Back Alvin Kamara enough to keep the Saint’s running attack going. Kamara rushed for 51-yards and 2-touchdowns last week. The scary part is Hill had the most rushing yards. He’s a scrambler. He led the team in rushing with 51-yards and two TDs, and a 5-yard per carry average.

The Broncos can win this one, since Brees is sidelined. To do it, the defense has to continue to dominate, which won’t be easy with a scrambler like Hill. Of greater importance to victory, the Broncos have to score point in every quarter, like they did last week.

Denver Quarterback Drew Lock started last week with an interception that led to a Dolphins’ touchdown. After that Offensive Coordinator Pat Shurmur seemed to have a light bulb turn on in his head. Shurmur started calling plays that were not so obvious that the Miami defense was caught flat footed. Shurmur is notorious to anybody that has watched this season with a careful eye for being predictable in his play calling. I think the Dolphins scouted that and did a good job stopping the obvious plays. When Shurmur stated mixing things up good things happened.

So, the things that will lead to a Bronco victory over an imposing Saints team will be; defense, getting Lock comfy in the pocket, and Shurmur calling the right plays.

TMJ Prediction: I don’t want to jinx the team but I think they pull out an upset, beating the Saints, 24-14.