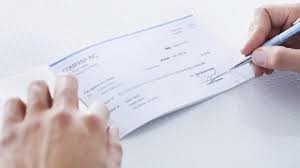 After months of debate,  the Woodland Park City Council has decided to reduce the current business license fees on a gradual basis but has opted not to totally eliminate them completely.

The action, representing an approximate 30 percent fee cut within the next two years, marks a compromise from proponents of killing the fee altogether to assist local businesses to those who worried about the city’s bottom line.

At last week’s meeting, the council approved an ordinance that lowers the business 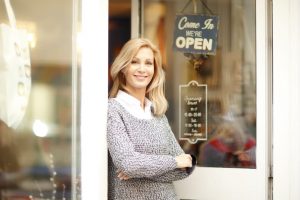 The ordinance came about after a push from the city’s Downtown Development Authority (DDA) for the local government to assist local businesses during the coronavirus pandemic. Originally a resolution passed by the DDA, asked council to consider eliminating business license fees altogether as well as reinstating the retail vendor’s fee.

However, the move made by the DDA caused a major push back from several local leaders and officials, including Woodland Park City Manager Darrin Tangeman. The city manager maintained that eliminating the business license fee completely would drop the city’s revenue significantly.

Many others argued that since the city is in debt, it cannot afford to drastically reduce their revenues. After some debate on the issue, council members eventually agreed on a compromise that would lower the business license fee, but not get rid of it entirely.

At first, the proposal was to charge businesses $50 for the first year in business, reduce it to $42.50 the second year the business operates, and then drop the fee to $35 each year once the company enters its third year. Businesses that are already operating would only have to pay a $35 annual fee, after the change was made.

However, according to City Attorney Jason Meyers, the change will now be made for all business after the start of next year. “The discussions were that it would be a lot more of a burden for staff to differentiate between new licenses versus old licenses when we are sending out different mailers and attachments,” Meyers said. “So that’s why we put this as an option but certainly this wouldn’t bind council to any hard-coded decision. It is certainly something that could be reevaluated in the future here by a resolution process by bringing it back to a meeting and passing a resolution.”

The city manager did note that once the business license fees drops to $35 annually, it  will be lower than the state average. However, most elected leaders supported this measure with the exception of council member Kellie Case. 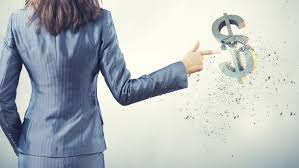 “One of our biggest goals and objections as a council and a community is the reduction of debt and I have even heard some saying (which I think is a pie in the sky) to pay off the debt in five years,” Case said. “It’s a mystery to me how if we continue to reduce revenue streams how we are going to accomplish all of that and still provide services to this community at a level that is expected. In my many years of being responsible for public funds I’m curious to how that math works. So, until we figure that out and we get some debt behind us I cannot support reduction of revenue at this time.”

She also said that there are some pursuits, such as the “interruption” of tax dollars going to the DDA and the aquatic center, that need to be figured out before they start reducing money coming into the city. “I don’t think $15 is going to make or break any business in this community,” Case said. “But I think it is going to cause us significant challenges to our budget and our ability to reach those goals.”

Council Member Rusty Neal then chimed in and said that he felt the ordinance was a good compromise. “I am comfortable with it as a fiscal conservative even though we are cutting our revenue in one area,” Neal said. “It’s so trite to the businesses but it is a gesture to them that we do listen to them. Even if it is only a $15 reduction, it is 15 bucks go out to McDonalds and enjoy it.”

Council Member Jim Pfaff took an even stronger stand that directly clashed with Case. He said that he believes the economy grows the best when money is left in the hands of the people, and that he had to compromise to vote ‘yes’ because he thinks that there should be no authorization from government to do business. “Every bit of tax or revenue we or any other government takes in is a reduction of the spending power and capability and the future benefit of any individual that lives within the geographical boundaries of that government entity,” Pfaff said. “So, every amount of tax dollar we take however small or large really belongs to the people and not to us. And we have to treat every revenue stream with that fundamental understanding to begin with.”

In the end, the ordinance passed by a 4-1 vote, with Case being the only council member to cast a ‘no’ tally. Council Member Hilary LaBarre didn’t attend last week’s meeting.