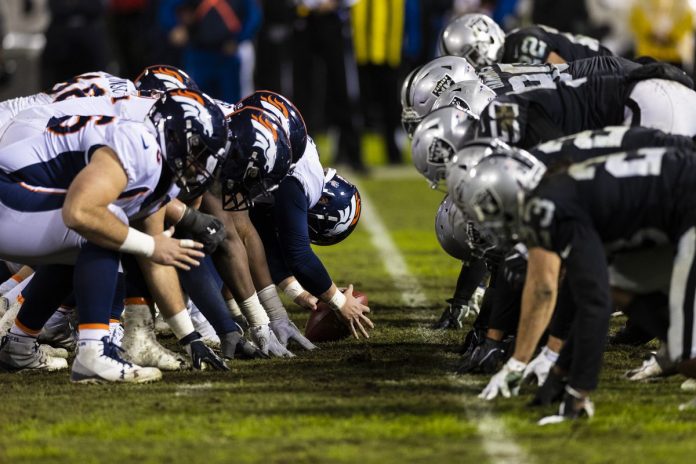 TMJ: Don’t Bet Against the “Dark Side”

Last Sunday, the Denver Broncos tried another miracle comeback in the fourth quarter. It failed.

One thing this team needs to learn, (among a host of others) is they can’t count on miracles. This is the National Football League. This is where every team puts their big boy pants on and play like men. If your team is only able to score six points through 3-quarters of play, odds are you’re going to lose. 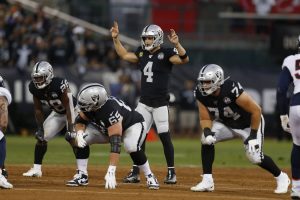 To be fair, when your two best cornerbacks are sidelined and you’re up against the best passer in the league, you’re going to have a tough row to hoe.

Anyway, enough with the excuses. Next week, the Broncos travel again to Las Vegas to take on the hated Raiders. This is going to be a seriously tough game for the Broncos, and is part of a familiar rivalry.  The Raiders, whether they are in Las Vegas or Oakland, have retained the reputation as football’s “Dark Side.”  Their fans still refer to former hated Raiders owner Al Davis as their beloved “Uncle Al.”  Sick people.

The Raiders are now second in the AFC West. Raiders’ quarterback Derek Carr is having the best season of his career. Carr may have had the best game of his life, when he beat the Super Bowl Champion Kansas City Chiefs in week five. . Carr was hot as a pistol in that game. He finished that game 22-31, 347-yards, and three Tds. The fastest man in last year’s draft, Rookie Henry Riggs, had a breakout game against the Chiefs too. Ruggs only caught two passes in that game, but gained 118 yards and one TD. He knows what to do after the catch.

Carr is averaging 278-yards passing per game and has 16 TDs and only  twointerceptions. He has an impressive lineup of receivers in Tight End Darren Waller, Nelson Agholor, Hunter Renfrow, and rookie Henry Ruggs. 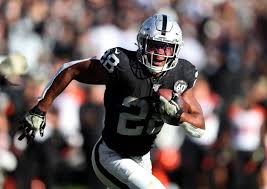 The Raider defense is a lot like the Broncos. They bend but don’t break for the most part.

OK, now here is the truth about the Raiders.

Enough about how good the Raiders are. Let’s look at how bad they are. The Raiders are 5-3 on the season. They lost to every good team they faced (except the Chiefs and Saints). They lost to the Tampa Bay Buccaneers, the Patriots, and the Bills. Three of their five wins came against losing teams. They beat the Browns, Panthers, and the Chargers. The only wins they have against good teams are the Chiefs and Saints.

Last week the Chargers nearly beat the Raiders, on the last play of the game with one second on the clock. Unfortunately, the pass from Herbert went incomplete in the endzone. Raiders won this one by the skin of their teeth 31-26.

The sad truth about our Broncos is that injuries are killing us. First Von Miller went down for the season, then Courtland Sutton was out for the year.  Last week, we 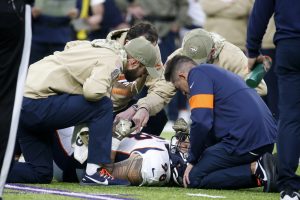 were without Callahan and Bouye in the secondary and Matt Ryan just picked the rookie defensive backs to death. Hopefully, next week both those guys will be back to help out in the match-up with the Raiders. Our best run stopper, Shelby Harris, also had to sit out last week’s game due to exposure to the COVID. Fortunately, he doesn’t have the virus and will be back against the Raiders.

This will be your typical AFC West Division dog fight. Despite the Broncos’ record, they are not that bad a team. Mostly they’re just suffering from the injury bug. But,that being said, if they can’t score more points in the first three quarters, they’re going to lose again.

After last week’s loss to the Falcons, Drew Lock looked and sounded like a defeated man. During the post-game press conference, he was having trouble completing a coherent sentence and kept biting his fingers.  No more fancy dance moves.

If Lock doesn’t settle down in the pocket and stop throwing interceptions, his time with the Broncos may be nearing an end.

TMJ Pick: The Broncos MUST score points in the first half and go point for point with the Raiders to pull this one off.

I can’t in good conscience call this one for the Broncos. Raiders will win 38-14 and the Dark Side will prevail again.