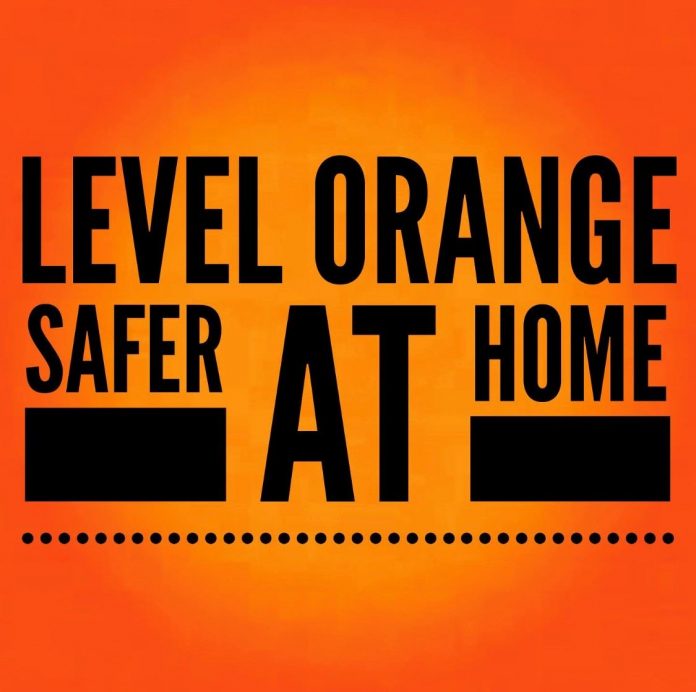 Communities across the country have been invaded by a continual surge of new cases of the COVID-19 epidemic, including Teller County.

Local leaders and officials are doing what they can to avoid the closure of casinos after receiving the “Level Orange” designation last Friday, which is supposed to force gaming establishments to shut down and other businesses to drastically reduce their capacities.  But this lockdown concern is exploding across the state.

Deaths and hospitalizations due to the disease have also been on the rise across the country and the state. The new COVID amounts are now even surpassing the numbers that were seen in the pandemic’s first peak last spring.

At the end of last week, the state reported more than 154,000 cases of the pandemic, and over 2,200 deaths due to COVID-19. As a result, the Colorado Department of Public Health and Environment (CDPHE) has moved several counties to levels that have higher restrictions. 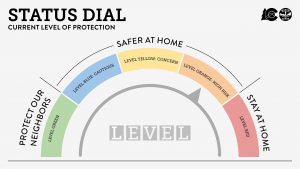 means that some businesses had to close and others such as gyms and restaurants can only operate at 25 percent of their building’s capacity. If cases continue to rise, both counties could get moved into the Stay at Home (red level), which would mean that many businesses would once again get shut down.

Under the orange designation, the state guidelines say that casinos are the only business that needs to shut down. However, county officials issued a press release last weekend that said that the county is arguing their case with CDPHE and fighting for an exception to keep casinos open. State officials responded by saying that they will make a decision whether or not to provide an exception to keep casinos open early this week. They say they will decide on the casino issue separately, but not on altering the county’s “Level Orange” designation (see related story).

In Gilpin County, CDPHE also toughened their restrictions from the Protect your Neighbors (green level) to the Safer at Home level 1 (blue level). This means that the county, which features the two gambling towns of Black Hawk and Central City, will have to lower their building capacities and shut down all of their table games.

Locally, Teller County just moved to the Safer at Home level three (Orange Level). The move came after last week’s county commissioners meeting when several Teller officials voiced their concerns that cases are continuing to rise. “Our 14-day rolling average is at 126 which is the highest we have seen since inception,” said County Commission Chairman Marc Dettenreider.  “We are currently in the yellow level on the state dial, which means that we had to reduce building capacities from 175 to 100.”

Dettenreider stressed the fact that Teller is not alone, as other counties within the state have also seen rising numbers. The chairman also reiterated the notion that everyone needs to do their part to keep the count of new cases low.

“What we have to do right now is the citizens have to help kind of curve the disease,” Dettenreider explained. “One thing we can all do now that the holidays are coming and the temperatures are dropping, so more people are indoors, is just to kind of reduce our own personal social gathering sizes. The key piece of this and the big driver is to keep businesses open.”

At the end of last week, the new case numbers showed that confirmed cases of the disease continue to skyrocket locally. Teller County recorded a new total of 377 confirmed cases of COVID-19 with four deaths and 26 hospitalizations. The county has also seen the number of new cases rise by as many as 20 new cases in one day.

For example, throughout the month of October, Teller recorded nearly 80 COVID-19 positive cases.

In the first 10 days of November, the county had already generated close to 75 coronavirus inflictions. “The acceleration is pretty dramatic,” said Cripple Creek Interim City Administrator Ray White, who along with other city officials, is closely monitoring the data.

Last week, the county also saw a couple of locations get added to the state’s outbreak list. Gateway Elementary is now considered an outbreak location after it was reported that one staff member and two students tested positive for the disease. 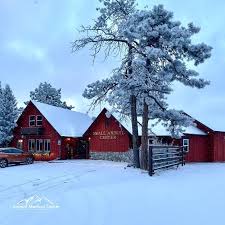 list last week when three staff members tested positive for COVID-19 and four other staff members were listed as probable. The state’s data has also increased the number of cases at an outbreak at the Charis Bible College to 17  staff members getting inflicted and nine recent conference attendees with another 35 staff members that are considered probable.

On the upside, the local hospitalizations at UCHealth Pikes Peak Regional Hospital have not been high enough to fill up beds in their facility. Since the pandemic struck, the hospital has only seen a handful (2-4) of patients in the hospital for COVID-19 at the same time. The county does have a surge hospital in place, but it has not yet been needed. And currently, it is being used as the county’s main COVID-19 testing site.