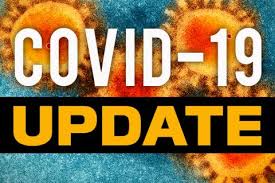 Stricter Capacity Limits imposed For Restaurants/Casinos and Many Businesses

With a rising coronavirus case count, Teller County has now entered a more dangerous COVID-restrictive “yellow” arena, but the area is not alone.

Last Thursday it was recorded across the nation that more than 121,000 people tested positive for COVID-19, which marked the most cases in a one-day period since the pandemic struck the U.S. Many states, including Colorado, have shown a recent spike in inflictions that is starting to come close to the numbers experienced last spring. Colorado last week saw a 40 percent rise in hospitalizations due to the disease.

As a result, several counties within the state are starting to move to more stricter levels of health regulations.  El Paso County led the cautionary charge, with new restrictions that occurred right after election day. Then, Teller County followed suit several days later. Both areas are now under a stricter level of regulations, moving from  a Safer at Home blue level to what is designated as yellow.

This means that some businesses such as bars, which do not serve food, can no longer operate. It also means that restaurants and office spaces have to once again reduce their capacities.

According to a press release sent out late Friday by County Administrator Sheryl Decker, the new level will bring about some changes to how certain local businesses operate. Restaurants now can only operate at 50 percent capacity, and can’t exceed 50 people, not including staff members.

Houses of worship must also limit their capacity during sessions to a 50 percent level, without exceeding 50 people per room. Indoor events must be limited to 50 percent of the room’s capacity or 50 people, whichever is less ,and outdoor events cannot have more than 175 people. Casinos may operate their slot machines at 50 percent of the posted occupancy limit, not to exceed 100 people per room indoors, whichever is less, excluding staff.

Locally, new confirmed cases of COVID-19, have seen a new spike. At the end of last week, Teller County had reported 302 cases, which according to the county’s COVID-19 website, is a gain of over 90 cases in the last two weeks. According to county data, the positive test rate within the county is now close to 10 percent of tests taken.

To put it into perspective, the two-week case average stayed at below 10 cases in the months of September and October and has now recently spike by 80 in recent weeks. According to government officials, the county experienced fewer than 80 new cases during the entire month of October. But in the first few days of November,  more than 20 new cases were already documented.

The data shows though, that most of the cases are still coming out of Woodland Park with 187 confirmed cases making up 63 percent of the total. Cripple Creek and Victor still only make up for less than 10 percent of all of the cases the county has experienced.

As defined by the state health department, a place gets labeled as an outbreak location after two or more cases are documented at a specific location. This means that two or more people, working at the establishment, or frequenting it, contracted the disease. According to the state’s COVID-19 website’s outbreak map, the Ute Pass region has experienced a total of nine outbreak locations since the pandemic struck last March.

Two locations outside of Teller County but nearby by in the region, include an outbreak at a drug rehabilitation center in Cascade and an overnight camp located south of Rampart Reservoir. The rehab facility had four residents and two staff members test positive and the overnight camp had 14 staff members test positive for the disease with nine being considered probable.

In Woodland Park, four locations have been added to the outbreak list including two different outbreaks listed at the Charis Bible College. The state’s outbreak map stated that one outbreak at Charis is now resolved, but that it was attributed to 20 staff members testing positive and 16 conference attendees, including one that reportedly died from the disease. It also listed another outbreak at the college that had five staff members and two attendees testing positive after attending the conference. The report cited another 20 probable staff members that were exposed to the virus.

Other outbreak locations in Woodland Park that have all been resolved include Tractor Supply, the Woodland Park City Hall, and a local day care center. However, all three of those locations only contributed to less than 10 new positive cases of COVID-19 ,and there is no longer a threat.

So far, the only place in Cripple Creek to get put on the outbreak list was a casino that only had a small number of cases linked to the facility. According to the state’s data four employees of the casino tested positive for COVID-19 towards the end of October. The outbreak will be listed as active until several days without a new case linked to the facility.  A Cripple Creek city employee also contracted the virus, but this infliction didn’t spread to any other workers.

Cripple Creek Mayor Milford Ashworth also tested positive for the coronavirus about a month ago, but that occurred during a trip to the Midwest. He has fully recovered, according to city officials.

Overall, the region has not seen any major outbreaks at any one known location. Most of the outbreaks on the list have shown small numbers of positive cases and it is hard to tell if the people contracted the virus at the location or not.