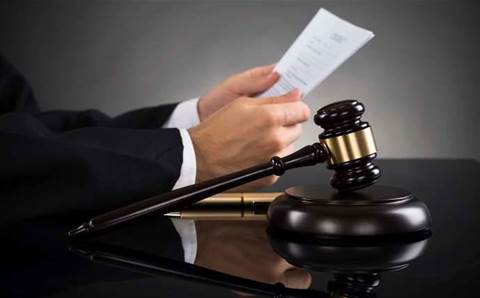 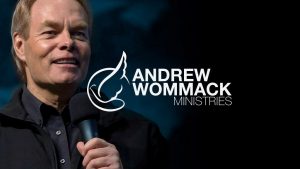 Still, a temporary peace pact has apparently occurred between both sides in a COVID-related skirmish that grabbed media headlines for weeks.

AWMI disagreed with the decision and hinted of a possible future legal action, but has agreed to try to abide by the county’s COVID-related facility capacity restrictions for current and upcoming events.

The decision comes after a series of legal bouts between AWMI and the health departments that started with AWMI filing a lawsuit in federal court saying that these health orders wrongfully discriminated against places of worship and went against the First Amendment right to practice religion.

During the initial lawsuit, a federal judge ruled against AWMI, and then the issue was brought to an appellate court where a judge also denied AWMI’s injunction to force the state and local health departments to allow them to exceed indoor capacity limits.

After the two rulings against AWMI, the health departments were prepared to file an injunction in federal court, but AWMI dropped their lawsuit. The local agencies then got a preliminary injunction by a district judge to force them to abide by regulations during a pastors’ conference, but the paperwork reached the bible college about an hour after all attendees had left.

The health departments then went back to the district court to ask for an injunction from the court to force AWMI to abide by the public health order by requiring conference attendees to wear masks and social distance themselves as well as limiting capacities to 175 per room. According to Teller County Attorney Paul Hurcomb, it was never the county’s intention to shut down events entirely or to keep Charis from hosting them in the future. They say their intent was to get AWMI to abide by the county’s COVID-19 prevention guidelines.

The judge appeared to agree with the county’s stance and decided to issue the preliminary injunction just days before a women’s conference was scheduled at the bible college. “The court is persuaded that failure to comply with the health regulations cited presents a danger of real, immediate, and irreparable injury in the form of the further spread of the pandemic in Teller County and in Colorado,” the judge said in the order. “As noted, AWMInc conferences bring in a large number of people to a relatively sparsely populated county from across the country. Those people are brought into AWMInc’s facility but, in the process, pass through and interact with many other parts of the community including travel facilities, housing facilities, eating facilities, and other facilities including the type of shopping areas noted by AWMInc at hearing.”

The judge continued to validate his ruling based on documented problems with previous conferences held by AWMI at the Charis Bible College, according to his ruling.

Teller County Administrator Sheryl Decker expressed satisfaction with the judge’s stance. “Teller County is pleased that the court issued a thorough and well-reasoned opinion that 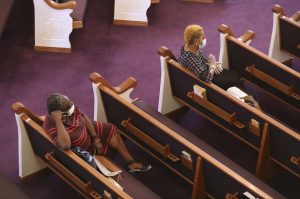 upholds the state’s reasonable, non-discriminatory public health orders to help protect our community from the spread of COVID-19,” Decker stated. “We expect that AWMInc will comply with the court order, adhere to the attendance limits, wear masks and practice social distancing at its conferences and events.”

AWMI Disagrees with Order but Agrees to Comply

After the judge made his decision, AWMI issued a press release announcing that they are disappointed with the ruling and that they plan to fight it further in the future. At the same time, they indicated an intention to abide by the court order as much as possible.

“The injunction contains many legal and factual deficiencies,” the release issued by AWMI’s legal team Liberty Counsel said. “AWMI is deeply concerned about the infringement of its constitutional rights and will promptly challenge the ruling on appeal.”

The Liberty Counsel also issued another lengthy statement outlining problems they had with the judge’s order. AWMI’s legal team claims the order falsely reported that the ministries deceived county officials when they said they were going to cancel a youth conference that hosted. Liberty Counsel stated that “the Kingdom Youth Conference was not an AWMI event and that AWMI informed the sponsoring organization that AWMI withdrew permission to conduct the conference at its facilities, and that AWMI had no involvement in or control over that event after it was canceled.”

AWMI’s legal team also said that the judge was wrong when he said that the organization failed to cooperate with the health departments’ mitigation efforts including tracking and notification procedures. “The order also wrongly states that AWMI ‘failed to cooperate’ with Teller County health officials after a different summer conference, yet the evidence was that AWMI has extensively cooperated with the county for months,” according to Liberty Counsel statements. “The evidence also showed that Teller County did not present AWMI with directives for the conference, but rather the county’s own communications showed it only provided ‘recommendations.’”

AWMI and Liberty Counsel have made it clear through several communications with the public that their fight with the county and state health departments is not quite over. “This case presents significant constitutional issues that must be fully addressed,” Liberty Counsel Founder and Chairman Mat Staver said. “The constitution does not have a pandemic pause button.”

AWMI did  say that they were going to hold their Women Arise worship gathering, but  they would “make every effort” to abide by all of the public health order policies. They said that they will continue to take prevention steps during their conferences, such as having vehicle security stops that include health questions and temperature checks.

They also said that they would require their attendants to wear masks, socially distance themselves, and prevent entry to anyone who was exhibiting symptoms of the disease. AWMI also stated that they would abide by the capacity limits by putting meeting attendance caps for each room.

The bible college also has implemented single direction pedestrian walkways throughout their facility. The college has multiple hand sanitization stations set up and the frequently sanitize the building with hospital-grade disinfectants.

No Live Performances of “The Heart of Christmas”

“We are excited for the opportunity to share this amazing production with a vastly wider audience and look forward to resuming the live in-person showings next year,” said AWMI Senior Vice President Andrew Wertz. “In addition to the national broadcasts of ‘The Heart of Christmas,’ we will be sharing the film version of this Christmas musical with our community through free screenings at the local theater.”