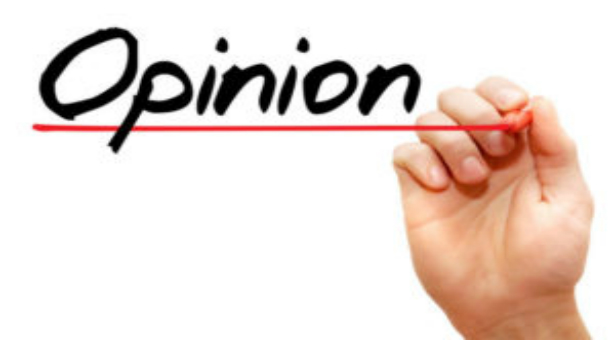 Beat the drums, toast the victors and lick your wounds.  Here are some of the acclaimed winners and losers of Election 2020, based on a TMJ analysis.

Voters of  Teller County. No question about this and say good-bye to apathy. Regardless of your political views, the fact that close to 90 percent of the active voters partook in the  grand election festivities represents quite a triumph in democracy. That’s absolutely amazing and may set a pace that can’t be matched. This is a tribute to the super competitive election, featuring heated local, state and national contests and ballot propositions with big impacts. Plus, our well-refined and convenient mail-in system, with strategic ballot box areas and knowledgeable election staff members, played a big role. All we need next time is a little beer tent next to one of the drop-off boxes or outside the vote center to further reward voters who return their votes early.  Colorado, as a whole, did a pretty awesome job and avoided all of the mail-vote controversies.

Cripple Creek Gaming.  Bring on the High Rollers. The Local Choice Colorado group overcame the coronavirus scare and spearheaded an amazing grass-roots campaign to support Amendment 77 and 2A in  Cripple Creek. As a result, the Creek will take another step forward in its bid to become more of a destination area by killing current  bet limits and adding new games at local casinos. Preliminary conservative estimates indicate this could drum up at least 5 percent more in annual gaming revenue, just with the new games. Great job Local Choice, as I can remember when Choice representatives appeared at a council meeting in Cripple Creek, via Zoom, last spring. The prospects didn’t look good, even to get the necessary signatures to garner a spot on the ballot. At that time, a big controversy existed over whether signatures could be obtained virtually. due to the coronavirus epidemic. Many concerns were raised by city officials. But the group continued to stress the message that this is a local control issue, and relayed the story of Cripple Creek. This approach worked well.

Oddly enough, this amendment won by an even larger percentage basis statewide than it did in Teller. Very strange.  Kudos to  Cripple Creek voters, who approved this with a 75 percent margin.

Blue Wave Invasion. Colorado is now a dark blue state, as for the second election in a row, the Dems statewide kicked butt. This  may be a product of new voter demographics, more folks from California or just the greening of Colorado, politically.  The Dem slant on the approved ballot issues was a prime example, with voters in Teller taking an opposing view on many issues and national candidates. Kudos also  needs to go towards the El Paso County Democratic Party, who played a small role in limiting the red bleeding in the Pikes Peak region that normally occurs. Republican candidates need to garner 60 percent-plus of the GOP votes in El Paso to win major races, and that didn’t occur this year. In fact, Cory Gardner’s decision to concede to John Hickenlooper in the U.S. Senate race so early Tuesday night was cemented with a lackluster support in  GOP-friendly El Paso  County.

Council-elect Stephanie Alfieri Although it’s too early to tell, the Woodland Park election of Stephanie Alfieri for Woodland Park council could further the coalition started by Mayor Val Carr several years ago. This election was a tight one as expected, and though some big community-hitters favored Catherine Nakai, Alfieri won with a late surge of recorded votes. This was a product of Stephanie’s ties in the community and name recognition.  Look for some interesting council meetings.  Darrin Tangeman may be leaving at the right time. Regardless of your views, it was absolutely amazing  how many voters in Woodland Park partook in the election.

National Television Pundits.  The CNN and MNSBC folks are now eating crow and trying to downplay their idiot Trump massacre predictions.  Their weeks of condescending comments against Trump and a GOP Senate lashing backfired. Chris Cumo, in particular, sounded like an idiot with his raging arguments against key Republicans, and needs to go work for his brother, the governor of New York. Hate Trump or not, they just don’t recognize the strength of his following. Their fear mongering hypocritical stance toward the coronavirus epidemic (don’t leave your house for a second) are achieving nothing and just creating more paranoia.

Cory Gardner and Colorado Republican Leaders  Cory Gardner came up with some funny, anti-Hick ads, especially the one where he was drinking a beer. But in reality, the  state Republican leadership needs to undergo some soul searching. They got scorched in the national contests, but still fared okay in some of the state legislative elections. Cory lost by a wider margin than  most anticipated. When I moved here in the late 1980s, Colorado was a staunch red state,  a trend that continued through much of the  1990s.  I recall the late Paul Kantner of the Jefferson Airplane/Jefferson Starship even taking humorous political shots at our state during a performance in Colorado Springs. But the cards have changed considerable since  then, and state GOP leaders aren’t adapting to the new reality.

The Just Vote No Campaign. What is going on with Colorado?  In the past, when a ballot invasion occurred (such as 2020), the common theme was “Just  Vote No.” But this trend has taken a big reversal, partially due to the Blue slant of Colorado, with a number of controversial ballot plans receiving the green light. The National Popular Vote Compact was a prime example. This proposal, which makes no sense at all, would allocate Colorado’s nine Electoral College votes to the winner of the popular vote in the presidential election, regardless of the state verdict. Then why even vote?  But the National Popular Vote compact got the go-ahead in Colorado.  Same with re-introducing gray wolves in designated areas. In the past, if you were unsure about ballot plans in Colorado, you just voted no. Not anymore.

The one issue everyone appears to agree on locally and throughout the state is: Local Control of Gaming.

Rural/Urban Divide.  Election 2020 is further signaling the trend of a huge rural/urban divide in Colorado. This was a problem commonly cited by the Teller County commissioners. It will only get worse, following the 2020 election. This could represent a big challenge for newly-elected U.S. Senator John Hickenlooper and our infamous governor Jared Polis.