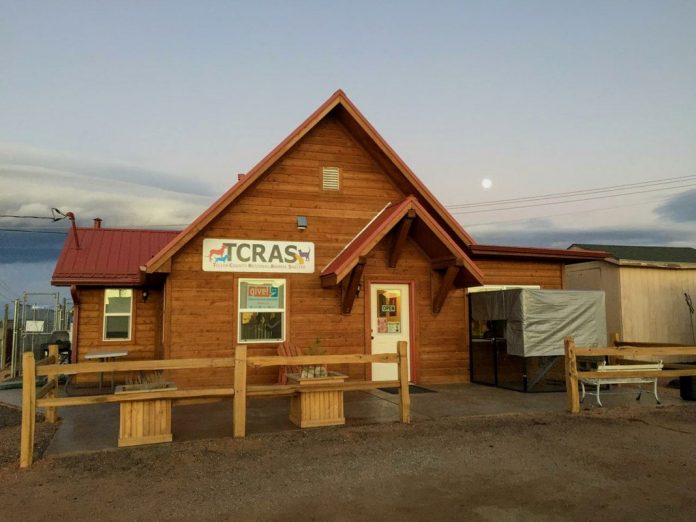 Another serious animal abuse case, surrounding a dog getting seriously injured by the actions of a human person, has once again struck Teller County, sending shock waves across social media outlets and the community.

And unfortunately, the alleged canine abuser still remains at large, with many unanswered questions regarding the incident.

On Oct. 19, animal control officers were dispatched to an incident, when residents noticed a small Chihuahua with injuries and notified local law enforcement agents. 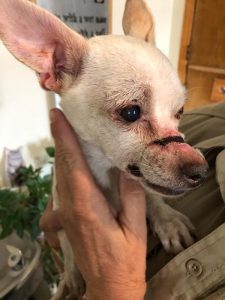 When animal control officers arrived at the scene near Center Street in Woodland Park, they found a “small white and tan Chihuahua type dog” with injuries to its mouth and nose. The emergency calls that came in reported that the dog had noticeable injuries to its nose and that the animal was limping.

In a press release,  the Teller County Sheriff’s Department displayed pictures of the dog, indicating a deep and thick laceration on the upper part of the animal’s nose. Upon further inspection, it was reported that the dog received other injuries in the mouth and nose area as well as having a missing toenail.

Shortly after the incident occurred, the sheriff’s office alerted television stations and all media outlets, and put the report on their social media page in an attempt to locate the owner and learn more information about what happened to the dog. . However, the animal control officers are still looking for the owner and are asking for anyone who might know what happened to the canine to call the sheriff’s office.

The animal control officers did a house-to-house canvass of the neighborhoods around where the dog was found, but they have not yet had any success in finding the owner of the dog or deciphering exactly what caused the Chihuahua’s injuries. According to Teller County Sheriff Commander Greg Couch, the injuries incurred by the dog were “definitely human-caused.”

This is the second major incident in recent weeks regarding a canine who was seriously abused by a person or persons.  Unfortunately, these cases are often hard to resolve due to no witnesses.

An outpour of Local Support for Injured Dog

On the upside, since the pictures and information about the incident circulated online and 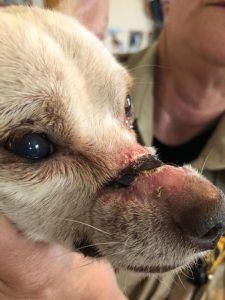 on social media outlets, the community has reached out with support. Teller County is known as a canine-friendly area.

Couch said that the sheriff’s office so far has not had a lot of responses from the public as far as what exactly happened, but that they have received many emails from local residents who would like to adopt the injured pet.

But, since the sheriff’s animal control officers have already released the wounded Chihuahua into the custody of the Teller County Region Animal Shelter (TCRAS), ultimately the dog’s fate will be decided by TCRAS. According to Couch, TCRAS will make the final decision as to whether the dog will be held at the shelter or be put up for adoption.

The unfortunate, wounded animal luckily has had many reach-out, who are willing to take the dog in and welcome it as a part of their family. Couch said that TCRAS already has a list of people they want to vet prior to adopting the injured Chihuahua.

Anyone that has information about the incident, or who recognizes the dog from the pictures is asked to called the Teller County Sheriff’s Office Animal Control Division at 719-687-9652 and ask for Officer Trixie Hudspeth or Officer Kathleen Ruyak.