Teller County has shattered a record in voter participation for the 2020 Nov. 3 election, with nearly 90 percent of active electors casting ballots, expected to determine key national, local and state contests, according to preliminary results.

Officials were predicting a new record and they certainly got their wish, both locally and on a statewide basis. Throughout Colorado, nearly 3 million ballots were cast by the close of counting on Nov. 3.

The big winners county-wide were proponents for  killing betting limits in Cripple Creek, and the two other Colorado gambling towns, supporters of the conservative red banner movement and a veteran community leader in Woodland Park, Stephanie Alfieri.

On a statewide basis, Colorado  voters gave the strong go-ahead for Amendment77, which allows the three gaming towns to set their own single-bet limits, or even do away with them altogether, and add new games. This passed statewide by a nearly 60 percent vote 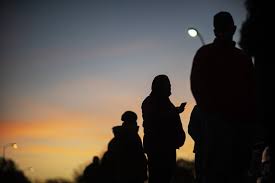 This plan is regarded as a real potential boon for the gaming communities in future years, and one that will open the door more for gambling “high rollers.”

Oddly enough, this pro-gambling amendment gained wider support statewide than it did in Teller County, with only 56 percent of the local voters saying yes. In Cripple Creek, though, voters overwhelming supported a related ballot question, endorsing the elimination of the bet limits for the local community.

In  order for this change to occur, it had to gain both state and local support.

No Blue Wave In Teller

And not surprisingly, Teller voters seriously clashed with the pro-blue wave that engulfed the state on Nov. 3.  Local voters clearly sided for President Donald Trump and Republican Senator Cory Gardner. But on a statewide basis, both Trump and Gardner got crushed in their respective bids for votes in Colorado.

Gardner lost to former Colorado governor John Hickenlooper by a strong  nearly 10 percent margin, much  more than any experts expected.

The same sentiment occurred for  many of the ballot issues, with Teller voters finding themselves on the losing side of the majority aisle on key issues, except for Amendment 77.  For example, the controversial question of whether to support the National Popular Vote Compact, which would allocate Colorado’s nine Electoral College presidential votes to the winner of the popular vote nationwide regardless of the state verdict, was supported by 52 percent of the voters across Colorado. But in Teller County, this plan was rejected by more than a two-to-one margin.

Efforts to repeal the complex Gallagher Amendment, which could give more tax dollars to special districts got okayed statewide by a 57 percent margin statewide, but this ballot plan was defeated in Teller. One of the downsides of this change is that residential property taxes could increase, according to critics.

And for okaying certain abortion restrictions, these were okayed in Teller by a nearly 60 percent margin. But practically the reverse margin occurred across the state. Teller voters also lashed out at the plan to re-introduce gray wolves in certain areas.

In essence, the voting trends across Teller drew more conservative, red  colors, while the verdict of the majority of state voters took on a stronger blue shade.

Election 2020 also featured one of the most competitive races for a council seat in Woodland Park.

This marked the first time in recent memory voters decided the fate of a vacated council position. This situation occurred when Noel Sawyer resigned last April and the council was deadlocked on picking a replacement.

In a seesaw battle for this position, Stephanie Alfieri, who works with Vectra Bank, and has been involved with a slew of community organizations, won the seat by a close 2,159 to  1,963 vote margin over Catherine Nakai, with Don Dezellum, picking up 616 tallies. This contest left many on the edge of their seat throughout the evening, as Nakai had a sight edge for the initial two hours of ballot reporting.  But when a big surge of votes got tallied later in the evening, Alfieri, who was strongly supported by Mayor Val Carr, got the nod. Alfieri’s victory may  end a 3-3 council tie verdict that has occurred on most key issues.

This may mark the most votes ever tallied for a council position in Woodland Park.

In other local elections, the Northeast Teller County Fire Protection  District won the support of 67 percent of their voters regarding mill levy adjustments to generate certain tax revenue.

The election results still aren’t final, as officials must tally provisional ballots and overseas votes.  Check for more updates on www.moujntainjackpot.com and for the next TMJ print issue.