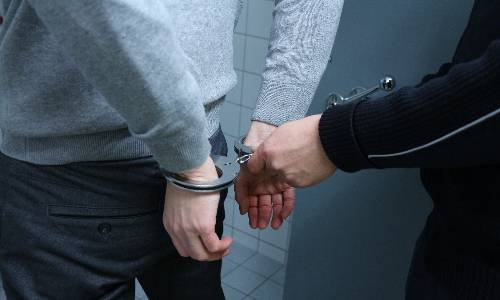 A Teller County Sheriff detective was recently honored for her work in Investigating a highly publicized series of sexual assault cases that has attracted much media attention.

As a  result, she received one of the agency’s most prestigious annual awards.

In July, Teller County residents were shocked when they learned that Brent Stein, a pharmacist at Mountain Key Pharmacy in Florissant, was arrested and sent to jail on sexual

assault charges. Last month, during an awards ceremony for the Teller County Sheriff’s Office, the lead investigator in the case, Detective Yasemin Bisset, received a highly coveted award for her involvement in the case.

The original charges pressed on Stein came about as a result of a woman checking herself into the hospital after claiming Stein lured her to his home from out of state, saying that he could cure an ailment the victim was suffering from. The victim said that once she came out to Florissant to receive treatment from Stein, he began to give the medication that physically incapacitated her.

Once the female victim became intoxicated by the drugs Stein illegally prescribed and gave to her, the pharmacist then sexually assaulted her for the next week. “She told him she did not want to have sex,” Bisset said. “He told her ‘that God had ordained him to put a child in her.”

The victim also said that when she was supposed to board a flight and head home, Stein refused to take her to the airport. That was when the victim contacted an acquaintance of Stein’s that picked her up from the pharmacist’s residence and brought her to a neutral location, where she ended up being taken to the hospital due to taking unknown drugs and possibly being pregnant.

After Stein was taken into custody based on evidence received by the sheriff’s office, Bisset then started digging into the case deeper and found out that there were possibly other victims who had been assaulted by Stein in the past. Since the initial arrest, Stein has since been charged with three counts of sexual assault and the Douglas County Sheriff’s Office has reopened a sexual assault case, naming Stein as the assailant as a result of Bisset’s investigations.

Due to her success in investigating the sexual assault accusations, Bisset was awarded with the Brent Holloway Award. Holloway was a Teller County Sheriff’s deputy who died in the line of duty in October 1995 after killed by an extremely deranged individual and arson suspect, as part of a plot to murder a law enforcement officer. The sheriff’s office, in honor of Brent Holloway, gives an annual award to one of their deputies for exhibiting exemplary duties. “We give that award to somebody who just does a fantastic, over the top job in their job duties,” Teller County Sheriff Commander Greg Couch said. “It is a very prestigious award within our agency.”

The award outlined Bisset’s success and the hard work she put into investigating this particular sexual assault case.

The incident still is discussed frequently in Florissant, as it led to the closure of the community’s sole pharmacy (see related story).

“Since Detective Yasemin Bisset’s return to the Teller County Sheriff’s Office, she has ambitiously taken on case work and, as is her habit, dug deep into investigations uncovering various aspects that normally would go unnoticed,” according to the award statement. “In a highlighted and recent investigation, Detective Bisset effectively pursued and uncovered multiple victims of sexual assault by one assailant and the illegal use of prescription medications including narcotic class prescriptions by the assailant which rendered victims’ inability to resist. During this investigation, Detective Bisset identified another victim of this assailant from another jurisdiction. Due to Detective Bisset’s professionalism, the victim was willing to speak of the assault she suffered and in the end the victim decided to pursue criminal charges against the assailant with the respective agency which she had previously refused to do due to fear and cultural taboos.”

After Bisset talked a third victim into telling her story to the police, the Douglas County Sheriff’s Office reopened a sexual assault case they had previously closed due to a lack of information. On October 1, Douglas County Officials issued a press release saying that they were charging Stein with sexual assault.

“On August 26, 2020, our detectives re-opened a 2016 sexual assault Investigation that listed Stein as a suspect. This is an active and ongoing investigation, no further information about this case will be released at this time. Due to circumstances surrounding the Teller County and Douglas County cases, it is believed there might be other victims or persons who have been affected by Stein. At this time, we are asking that anyone who has had contact with Stein or might have any information regarding these incidents contact Detective Stephanie Dorrell at 303-814-7131 or Teller County Detective Y. Bisset at 719-304-5756.”