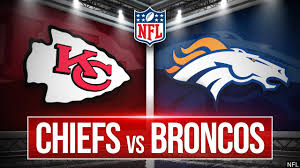 TMJ Pick: Don’t bet Against the Chiefs; You May Get Scalped

After a surprise upset of the New England Patriots last week, the Broncos play host to the reigning Super Bowl Winning Kansas City Chiefs next week in Denver.

The Chiefs power, despite the sentiments of their fans at the Blue Moose Tavern in Green Mountain Falls (the local headquarters for Chiefs’ fans in the region) is not as strong as 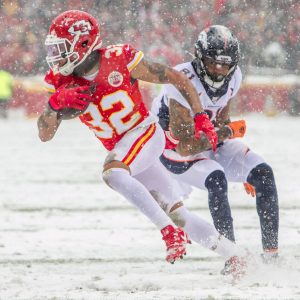 many anticipated. I will say that after the recent defeat the Chiefs incurred against division rival Las Vegas Raiders, in week four, the clock is ticking on the Chief dynasty.

The Raiders provided a lot of film on how to beat the Chiefs. Establish a run game and go deep against the Chief secondary. Of course, credit to the hated Raiders Quarterback Derrick Carr for what was perhaps the best game of his career against the Chiefs in that game.

After having some serious doubts over how Head Coach Vic Fangio has been calling defensive plays for the Broncos, I think he’s finally getting back to his greatness that he showed when he coached the Chicago Bears. Put pressure on the quarterback. That’s what he did last week against Cam Newton and the Patriots. Thanks to that pressure, the Broncos sacked elusive Cam Newton four times, and had one strip sack that unfortunately was recovered by the Pats. Bronco pressure also whacked Newton on several more downs.

After the game, all the NFL talking heads, most of whom predicted a Patriots blow out of the Broncos, were eating crow and making excuses for the Patriots lose. Cam this, lack of practice that. Whiners!!! To be fair, I didn’t think the Broncs could pull that one out either, but I am not making excuses. I think the Broncos are a better team than ANYONE gives them credit for.

If the Broncos can continue to bring the heat up the middle, they can force Chiefs 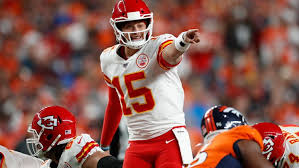 Quarterback Patrick Mahomes to make some mistakes. Of course, Mahomes is not Cam Newton. Mahomes is on track to be one of the NFL’s great quarterbacks. His scrambling ability, and ability to throw to any part of the field on the run is unmatched in league history. OK, John Elway was no slouch to that either, but that is ancient history.

As far as injuries go, the Chiefs were without Wide Receiver Sammy Watkins last week. Whether he’ll be back next Sunday against the Broncos is anybody’s guess.

If, by chance the Bills beat the Chiefs last night, that would put the Raiders in the top spot in the AFC West Division. If that happens, two things could be going on with the Chiefs. One, they will be supper pissed and will do anything to beat the Broncos and get back on 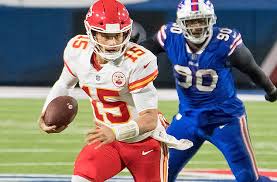 top, or two they can be so freaked out they lose their confidence and take a hit by the Broncos. This game will be an indicator of the character of the Chiefs.

As for the Broncos, Place Kicker Brandon McManus is earning the $4.3 million dollar contract he recently signed with the team. Last week McManus hit six field goals against the Patriots, two of those over 50-yards. He is mister money inside opponents 40-yard line.

More good news for the Broncos, Colorado Favorite Phillip Lindsay is back and he is doing his thing. Lindsay rushed for 101-yards last week on his first game back after recovering from a turf toe injury.

Hopefully, Melvin Gordon will be back after missing last week with strep throat. He may be sidelined with a league suspension for a recent DUI traffic offense. This will depend on how fast the league responds to his offense.

More good news. Tight End Noah Fant will be back after recovering from a sprained ankle injury that has kept him sidelined. Fant’s backup Albert Okwuegbunam did a fair job last week keeping the Broncos in the mix, but he dropped a couple critical passes.

This one is going to be a dog fight. Most AFC West Division games are and this will be no exception. Broncos are riding high after beating the Patriots, and the Chiefs want to keep their elite status as Super Bowl Champs going with another win.

Bottom line; with Fant back and maybe Cornerback A.J. Bouye, the Broncos have a shot to win this one, but it’s a long shot. The Chiefs are just too good. Broncos fall to the Chiefs, 31-19.